Heinrich Bütefisch- is not a well known name in the context of WWII and the Holocaust, yet he was responsible for the deaths of thousands, In addition to that he also worked for a company who had helped to develop Zyklon b, the gas used to kill millions.

The company that produced Zyklon B was Degesch -Deutsche Gesellschaft für Schädlingsbekämpfung(German Corporation for Pest control) which was owned for 42.5 per cent by IG Farben.

Heinrich Bütefisch was a leading manager at IG Farben, and an Obersturmbannführer in the SS.

He was placed as the head of the gasoline synthesis program to be established at the I.G. Auschwitz plant.He was places in charge  of production at the Buna werke facitory at Monowitz, sometimes referred to as Auschwitz III.

When the factory was being built Jews in the surrounding areas were removed from their homes, and the homes were given to Germans employed at the factory. Some Polish residents were also moved.

The life expectancy for Jews working at Monowitz were 3 to 4 months, and for those working in the nearby supply mines it was only 1 month.

An estimate 10,000 died at Monowitz/Buna Werke . Bütefisch claimed he was never actually present at the Monowitz concentration camp, and he only  knew the construction site only from a few visits. I doubt this was true, and even if it was he was the man in charge and ultimately was responsible for everything that happened there.

He was arrested  by the U.S. Army in 1945, and was indicted at the Nuremberg IG Farben trial in 1948. He was sentenced to 6 years in prison , including time already served.

After his early release from prison in 1951, he became a member of several supervisory boards, including Deutsche Gasolin AG, Feldmühle, and Papier- und Zellstoffwerke AG, the following year.

He also was hired as a  consultant for Ruhrchemie AG Oberhausen, and became a member of its supervisory board in 1952.

Of the 24 defendants at the IG Farben Trial, 10 were acquitted . One was removed due to medical reasons. The remaining 13 men received sentences varying form 1 to 8 years, none of them served the full term. 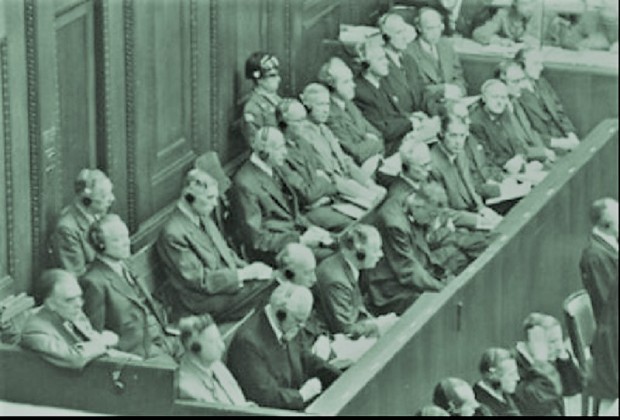