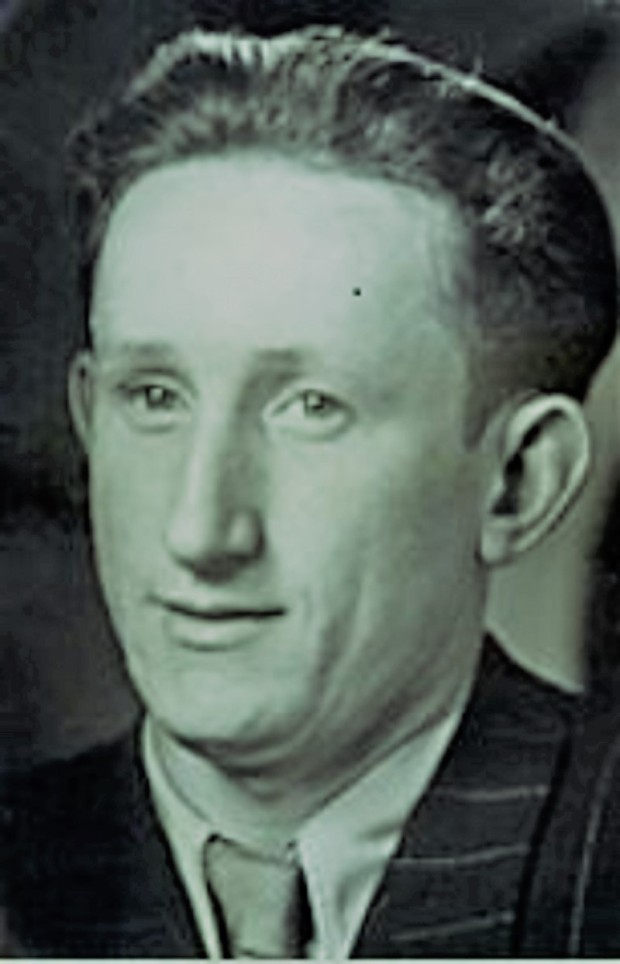 Usually when I write a blog which contains the word ‘teenager’ it refers to somene who was murdered during the Holocaust.,Meyer Abramczyk wasn’t. In fact he sadly passed away when he was aged 87.

Metaphorically speaking the teenager Meyer was killed during the Holocaust. He was born on July 24, 1926 in Belchatow, Poland. His parents were Herschel and Toba Abramczyk. He had six brothers and sisters: Zelda, Hinda, Moshe, Jankiel, Channah, and Paula. At that time.

Meyer was age 13 when the Nazis invaded Poland.  During the 1st week of the war ,Belchatow, was designated a Jewish town. The Abramczyk family tried to flee but soon discovered this was virtually impossible. They were stopped by the SS on the way and were harassed by them. In 1940 Meyer was send to a work camp in Poznan. He was still only 13 at the time.

Age 13 his first year as a teenager. The teenage years are  some of the most important years of a young man’s life. They are the years that transform you from a child into a man. In any normal circumstance a teenager will have his parents and maybe even older siblings around him for support  . It is this support that is needed to cope with all the physical,mental and hormonal changes that happen in those years and the anxiety that goes with that.

For Meyer this support was  taken away. He was left to cope on his own under the most brutal circumstances one could imagine. It later emerged that this support was killed,As were Meyer’s teenage years, they were killed too. A time where he should be playing, exploring ,discovering and enjoying life as much as he could, but that time was taken away from him. He never got to be that teenager. His aim was now survival, and he may not even have  known it at the time that would become his goal, but he did survive and left a legacy and testimony.

Meyer spent of all his teenage years fearing for his life, not knowing what happened to his family.

Meyer’s story as a teenager is remarkable in more then one way. He survived several concentration camps, the last one being Auschwitz Birkenau. He also survived the Auschwitz death march and the sinking of the The Cap Arcona. The ship bombed by the allies, Of the estimated 5,000(some sources put that number higher)  concentration camps inmates  on board only 250 survived, the then still 18 tear old Meyer was one of them.

For years after the war he searched for his family he eventually found out  they were all murdered.

There is a quote by George Herbert , it says ” Living well is the best revenge.” and Meyer certainly did that. He did move to Canada in 1956 and settled in Toronto . Where he married and had 3 children and 6 grandchildren.He worked as a butcher for 60 years and retired at the age of 80. One of his children is Toba, who I consider a friend, She once wrote a piece about her father called “Meyer Abramczyk-Our Hero” for the KehilaLinks Home Page for Belchatow. I do agree Meyer (aka Majer) was a Hero and an example for many generations to come.

Finishing this blog with a picture of Meyer and 3 Belchatow Survivors
in Föhrenwald Displaced Persons Camp, Germany, 1946. 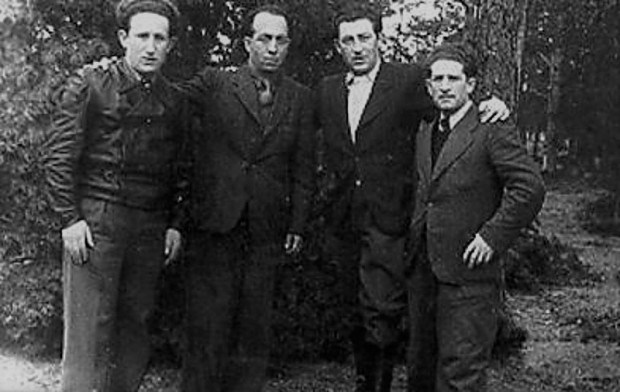 Thank you Toba Abramczyk for allowing me to write about your dad.