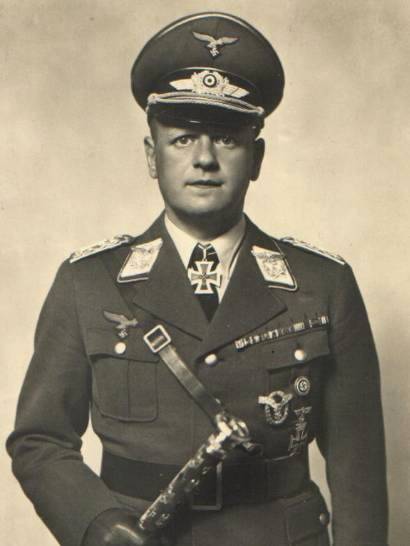 In case you are wondering if the headline of this article is a typo, it is not, Field Marshall Milch was Jewish.

Milch was born in Wilhelmshaven, the son of Anton Milch, a Jewish pharmacist who served in the Imperial German Navy, and Clara Milch, née Vetter. Due to his Jewish ancestry, according to the Nazi Nuremberg Laws of 1935, he was considered as a “Jewish Mischling of the first degree”. 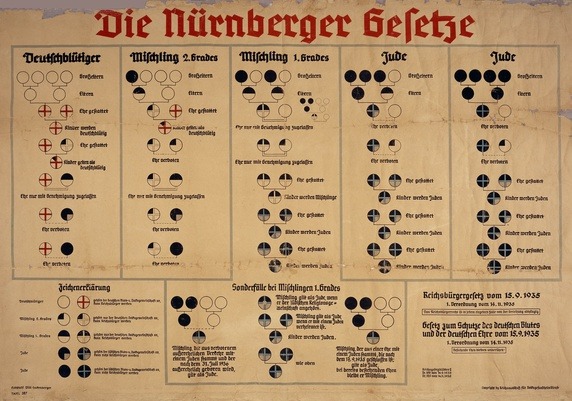 He wasn’t the only Jew who was a member of the German army.

Erhard Milch was one of Hitler’s senior Luftwaffe officers during World War Two. Milch played a key role in building up the Luftwaffe pre-1939 and he took credit for the part played by it during the invasions of Norway and France in 1940.

Milch enlisted in the German Army in 1910, where he rose to the rank of lieutenant in the artillery. He later transferred to the Luftstreitkräfte(Imperial Air Force) and trained as an aerial observer. In the waning days of the war, although not a pilot, he was appointed to command a fighter wing, Jagdgruppe 6, as a captain.Milch resigned from the army in 1921 and joined the aviation industry. Milch ran an airline that flew from Danzig to the Baltic states but seemingly many small airlines in northern Germany were after far too few customers. He then worked for Junkers Luftverkehr until 1926 when he became director of Germany’s national airline – Deutsche Lufthansa.

Milch joined the Nazi Party (number 123885) on 1 April 1929, but his membership was not officially acknowledged until March 1933, because Hitler deemed it desirable to keep the fact hidden for political reasons.

The Treaty of Versailles forbade Germany from having an air force. However, many in Germany saw the terms as far too harsh and even moderate people saw no harm in trying to break these terms – even if it might provoke an international response. Milch joined with Hermann Goering in secretly establishing the Luftwaffe. In 1933, Milch became Goering’s deputy (State Secretary in the Reich Aviation Ministry) and it was his responsibility to manage armament production. In this capacity, he worked with World War One fighter ace, Ernst Udet.

However, the career of Milch was threatened in 1935 when rumours began to be spread that his father, Anton, was a Jew. The Gestapo investigated this rumour,  Goering  got Milch’s mother to sign an affidavit that his father wasn’t really his father but that her uncle, Karl Brauer was his father. This led to Milch being issued with a German Blood Certificate and was later reclassified as an “honorary Aryan”.

At the outbreak of World War II Milch, now with the rank of general, commanded Luftflotte 5 during the Operation Weserübung in Norway. Following the defeat of France, Milch was promoted to Generalfeldmarschall (field marshal) during the 1940 Field Marshal Ceremony and given the title Air Inspector General. As such, Milch was in charge of aircraft production. The lack of a long-term strategy, and a divisive military command structure, led to many mistakes in the operational and technical ability of the Luftwaffe, and were key to the continued loss of German air superiority as the war progressed.

The frequent, and often conflicting, changes in operational requirements led to numerous changes in aircraft specification and designs so that manufacturers like Messerschmitt were unable to focus outright on a few aircraft types and, most importantly, production output. The Germans failed to put their production on a war footing, continued to run factories only eight hours a day, and failed to include women in the workforce. German aircraft production output did not rise as steeply as Allied output – especially Soviet production, which exceeded Germany’s in 1942 and 1943.

On 10 August 1943, Milch finally addressed Germany’s lack of a truly “four-engined” heavy bomber to retaliate against Great Britain. He endorsed Arado Flugzeugwerke to be the subcontractor for the Heinkel He 177B separately engined heavy bomber design. 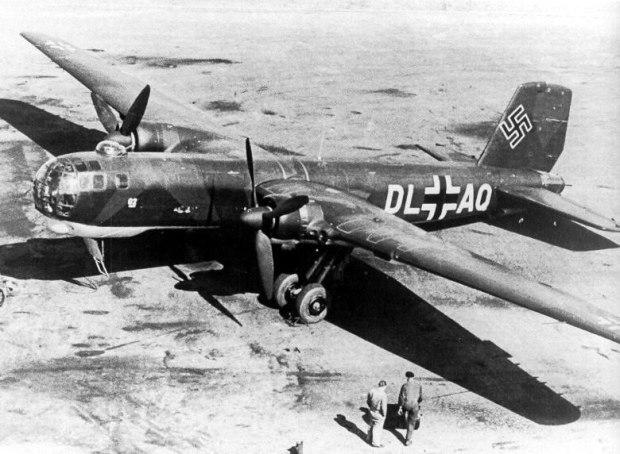 Only three flyable prototypes were completed by early 1944. In 1944 Milch sided with Joseph Goebbels, the propaganda minister and Heinrich Himmler, the Reichsführer-SS, in attempting to convince Adolf Hitler to remove Göring from command of the Luftwaffe following the failed invasion of the Soviet Union. When Hitler refused, Göring retaliated by forcing Milch out of his position. For the rest of the war, he worked under Albert Speer.

Following Hitler’s suicide, Milch attempted to flee Germany, but was captured by Allied forces on the Baltic coast on 4 May 1945. On surrendering, he presented his baton to Brigadier Derek Mills-Roberts, who was so disgusted by what he had seen when liberating the Bergen-Belsen concentration camp that he broke the baton over Milch’s head.

In 1947, Milch was tried as a war criminal by a United States Military Tribunal in Nuremberg. He was convicted on two counts:

Milch was sentenced to life imprisonment at Landsberg prison.

His sentence was commuted to 15 years imprisonment in 1951, but he was released in June 1954. He lived out the remainder of his life in Düsseldorf, where he died in 1972.