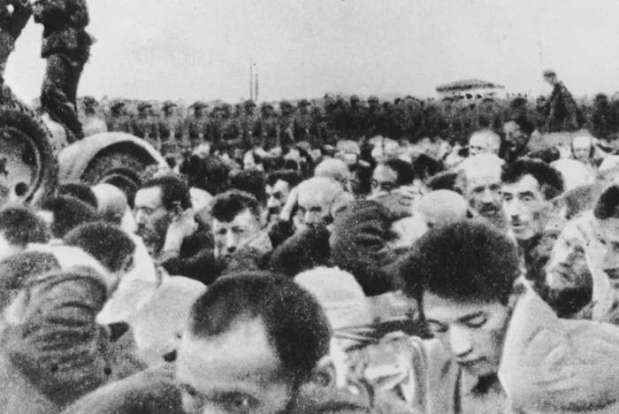 Today marks the 76th anniversary of Aktion Erntefest.(German: for Operation Harvest Festival) a mass shooting action by the SS conducted at the Majdanek concentration camp and its subcamps, its purpose was to liquidate the remaining Polish Jews in the Lublin reservation and the Lublin Ghetto, including its entire slave-labour camp workforce. The operation took place on 3 November 1943.Approximately 43,000 Jews were killed on the orders of Christian Wirth and Jakob Sporrenberg . 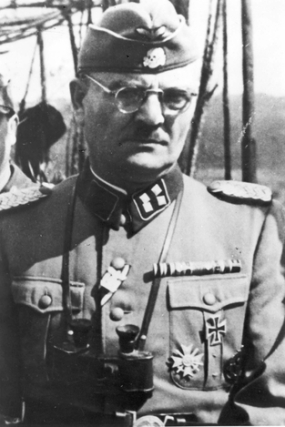 Aktion Erntefest was the last operation of  Operation Reinhard,the codename given to the secretive German Nazi plan to mass-murder most Polish Jews in the General Government district of German-occupied Poland.

The timing of the operation was apparently in response to several efforts by surviving Jews to resist the Nazis (for example, the uprisings at the Sobibor and Treblinka extermination camps, and armed resistance in the Warsaw, Białystok, and Vilna ghettos). The SS feared additional Jewish-led revolts in the General Government,ahead of the Soviet counter-offensive. To prevent further resistance the SS decided to kill most of the remaining Jews who were employed in slave-labor projects of the Ostindustrie (Osti) enterprise owned by the SS, while imprisoned at the Trawniki, Poniatowa, and Majdanek concentration camps with subcamps in Budzyn, Kraśnik, Puławy, Lipowa and others.The inmates were ordered to dig anti-tank trenches unaware of their true purpose. 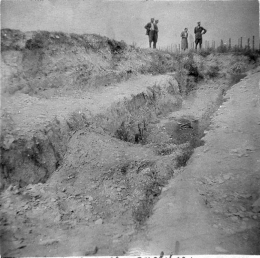 The Orpo police formation tasked with performing Aktion Erntefest had prior experience in the area. It was involved with the liquidation of the ghettos in the Lublin district of the General Government from which the same targets originated.

.”Erntefest” was the largest single-day, single-camp massacre of the Holocaust under direct German occupation,totalling 43,000 in three nearby locations It began at dawn on 3 November 1943. The main camp as well as the Trawniki and Poniatowa subcamps of the Majdanek extermination camp were surrounded by SS and the Reserve Police Battalion 101 (a unit of the German Order Police from Hamburg) augmented by a squad of Hiwis called “Trawniki men” from Ukraine. 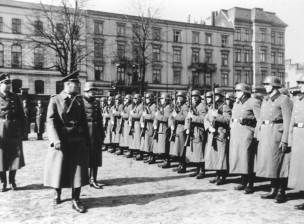 The Jews were taken out of the camps in groups and shot layer upon layer inside the pits dug specifically for this purpose. The burial site resembled a solid mass of women’s and men’s bodies heaped together… with legs and arms interlinked. 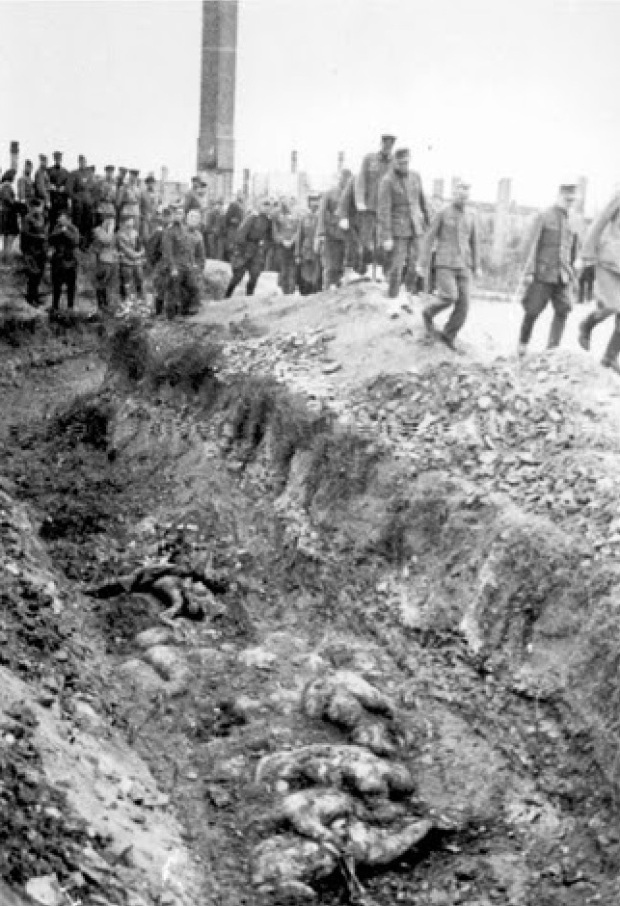 At Majdanek, Jews were first separated from the other prisoners. They were then taken in groups to long and deep trenches and shot one-by-one under the leadership of pathological killer Erich Muhsfeldt .

At the main camp, 18,400 Jews were killed on 3 November 1943. Jews from those other slave labor camps in the Lublin area were also taken to Majdanek and shot simultaneously. Music was played through loudspeakers at both Majdanek and Trawniki to drown out the noise of the mass shooting. The killing operation was completed in a single day at Majdanek and Trawniki. At Poniatowa the shootings took two days, because in one of the barracks Jews staged a revolt. To stamp it out the SS set it on fire and the killings went on as planned.