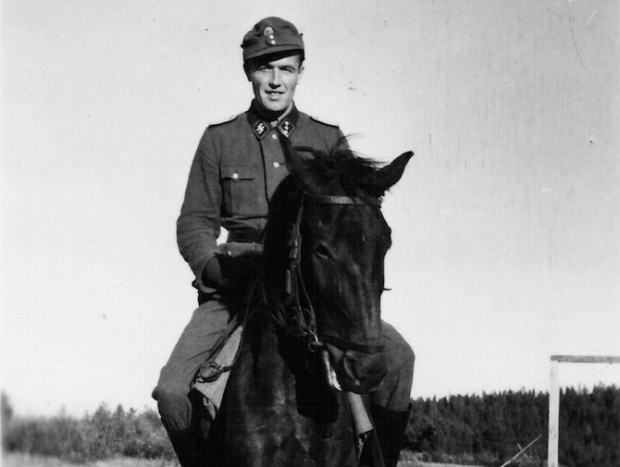 One of the aspects of WWII I find most disturbing is really what happened after the war, so many of the Nazi criminals got away with murder and were never brought to justice. Often helped by Nazi sympathizers or worse yer by allied forces.

Aribert Ferdinand Heim (28 June 1914 – 10 August 1992)was an Austrian SS doctor, also known as “Dr Death”. During World War II he served at the Mauthausen-Gusen concentration camp in Mauthausen, killing and torturing inmates by various methods, such as direct injections of toxic compounds into the hearts of his victims.

Heim was born in Bad Radkersburg, Austria-Hungary, the son of a policeman and a housewife. He studied medicine in Graz, and received his diploma in Vienna.

He joined the local Nazi party in 1935, three years before Austria was annexed by Germany. Heim joined the SS after the Anschluss. He volunteered for the Waffen-SS in the spring of 1940, rising to the rank of Hauptsturmführer.

In October 1941, Heim was assigned to Mauthausen near Linz, Austria as a camp doctor. While at the concentration camp, Heim worked closely with SS pharmacist Erich Wasicky and carried out gruesome experiments likened to those of Joseph Mengele at Auschwitz. Heim was also a doctor at Buchenwald and Sachsenhausen concentration camps.

Aribert Heim worked in Mauthausen as a doctor starting in October 1941 at the age of 26, and he only worked there for six weeks. The prisoners at Mauthausen called Heim “Dr. Death”, or the “Butcher of Mauthausen” for his cruelty.

He was known for performing operations without anaesthesia. For about two months (October to December 1941), Heim was stationed at the Ebensee concentration camp near Linz, Austria, where he carried out experiments on Jews and others similar to those performed at Auschwitz by Josef Mengele.

According to Holocaust survivors, Jewish prisoners were poisoned with various injections directly into the heart, including petrol, phenol, available poisons or even water, to induce death.

He is reported to have removed organs from living prisoners without anesthesia, killing hundreds.A prisoner by the name of Karl Lotter also worked in the Mauthausen hospital at the time Aribert Heim was there.Lotter testified that in 1941, he witnessed Aribert Heim butcher a prisoner who came to him with an inflamed foot.Lotter provided more gruesome details about how Aribert butchered the 18-year-old prisoner. Lotter stated that Aribert gave the prisoner anesthetic and then proceeded to cut him open, castrate him, and take out one of his kidneys.The prisoner died, and his head was cut off, boiled and stripped of its flesh.Heim then allegedly used this young man’s skull as a paperweight on his desk.In a sworn statement that was given eight years after the incident Lotter stated that Heim, “needed the head because of its perfect teeth”.Other survivors of the Holocaust referred to Aribert removing tattooed flesh from prisoners and using the skin to make seat coverings, which he gave to the commandant of the camp.

In February 1942, Heim began serving in the 6th SS Mountain Division Nord in Northern Finland where he was an SS doctor in Oulu’s hospitals.

Heim was captured by US soldiers on March 15, 1945 and sent to a camp for prisoners of war. He was released and avoided immediate prosecution due to the mysterious omission of his time at Mauthausen from his American-held file in Germany. Following his release, Heim worked as a gynecologist in the German spa town Baden-Baden, where he lived with his wife and two sons. Heim disappeared in 1962 when he was warned that a warrant had been issued for his arrest and investigators were waiting for him at his residence.

In the years following his disappearance, Heim was the target of a rapidly escalating manhunt and ever-increasing rewards for his capture. Following his escape there were reported sightings in Latin America, Spain and Africa, as well as formal investigations aimed at bringing him to justice, some of which took place even after he had apparently died in Egypt. The German government offered €150,000 for information leading to his arrest, while the Simon Wiesenthal Center launched Operation Last Chance, a project to assist governments in the location and arrest of suspected Nazi war criminals who are still alive.

According to his son Rüdiger Heim, he drove through France and Spain onward to Morocco, moving finally to Egypt via Libya.

Tax records prove that, as late as 2001, Heim’s lawyer asked the German authorities to refund capital gains taxes levied on him because he was living abroad.

In Egypt, Heim converted to Islam at the Al Azhar mosque and lived under the false name Tarek Hussein Farid.

Despite being in hiding, Heim continued to correspond with friends and family in Europe and received money from his late sister, Herta Barth.

In 2006, a German newspaper reported that he had a daughter, Waltraud, living on the outskirts of Puerto Montt, Chile who said he died in 1993. However, when she tried to recover a muiltimillion euro inheritance from an account in his name, she was unable to provide a death certificate.

Fredrik Jensen, a Norwegian and a former SS Obersturmführer, was put under police investigation in June 2007, and charged with assisting Heim in his escape.

The accusation was denied by Jensen.In July 2007, the Austrian Justice Ministry declared that it would pay €50,000 for information leading to his arrest and extradition to Austria

In August 2008, Heim’s son Rüdiger asked that his father be declared legally dead, in order to take hold of his assets; he intended to donate them to projects working to document the atrocities committed in the camps.

After years of apparently false sightings, the circumstances surrounding Heim’s escape, life in hiding and death were jointly reported by the German broadcaster ZDF and the New York Times in February 2009.

In 1980, Dr. Heim converted to Islam, according to several witnesses, and took the name Tarek Hussein Farid, although some records call him Tarek Hussein or Tarek Farid Hussein. The following medial records detail Dr. Heim’s treatment for rectal cancer beginning in about 1990.

He eventually died of cancer in 1992, according to documents and interviews. 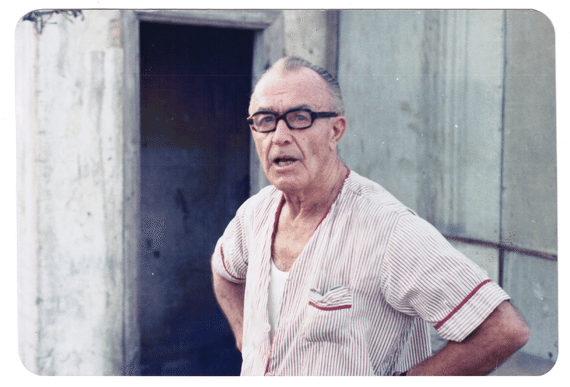 In an interview at the family’s villa in Baden-Baden his son Rüdiger admitted publicly for the first time that he was with his father in Egypt at the time of his death. Heim says it was during the Olympics, and that he died the day after the games ended. According to Efraim Zuroff, Rüdiger Heim had – until the publishing of the ZDF research results – constantly denied having any knowledge of the whereabouts of Aribert Heim.

On 18 March 2009, the Simon Wiesenthal Center filed a criminal complaint due to suspicion of false testimony.In 2012, a regional court in Baden-Baden confirmed that Heim died under the assumed identity of Tarek Hussein Farid in Egypt in 1992, based on evidence that his family and lawyer had presented.

During a series of interviews with Heim’s family, his son Rüdiger admitted that he had been with his father when he died of intestinal cancer on August 10, 1992. Heim’s son learned about the Dr. Heim’s whereabouts from his late aunt, Herta Barth. Rüdiger also learned from his father that there had been other ex-Nazis in hiding in Egypt.