On the 30th of April 1945 Adolf Hitler and Eva Braun allegedly committed suicide. However this has been disputed and files released in 2014 by the FBI claim that they have escaped to South America, probably Argentina. 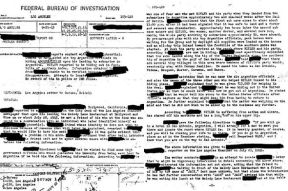 I don’t think they did escape and that they did kill themselves in the bunker on that day. The FBI files are discarding eye witness reports from staff that were in the bunker.Rochus Misch,Otto Günsche and Heinz Linge were there at the time and saw the bodies prior to them being carried and burned in the garden of the Reich Chancellery.

I will focus more on the 2 days before the 30th of April. At least one event during that period is a good indication that Eva Braun wasn’t the naive,unwittingly and unknowing woman people sometimes assumes she was.

Hermann Fegelein was was a high-ranking commander in the Waffen-SS .He was a member of Adolf Hitler’s entourage and brother-in-law to Eva Braun through his marriage to her sister, Gretl.

On 19 July 1941 Himmler assigned Fegelein’s regiments to the general command of HSSPF Erich von dem Bach-Zelewski for the “systematic combing” of the Pripyat swamps, an operation designed to round up and exterminate Jews, partisans and civilians in that area of Byelorussian SSR.

Fegelein’s marriage to Gretl Braun, took place on 3 June 1944 in Salzburg.Hitler, Himmler and Martin Bormann acted as witnesses at the ceremony.

They had a two-day wedding bash. Then the western allies landed at Normandy.Fegelein was seriously wounded in September 1943, and was reassigned by Heinrich Himmler to Hitler’s headquarters staff as his liaison officer and representative of the SS.

On 27 April 1945, Reichssicherheitsdienst (RSD) deputy commander SS-Obersturmbannführer Peter Högl was sent out from the Reich Chancellery to find Fegelein who had abandoned his post at the Führerbunker after deciding he did not want to “join a suicide pact”.Fegelein was caught by the RSD squad in his Berlin apartment, wearing civilian clothes and preparing to flee to Sweden or Switzerland

He was carrying cash—German and foreign—and jewellery, some of which belonged to Braun. Högl also uncovered a briefcase containing documents with evidence of Himmler’s attempted peace negotiations with the Western Allies.According to most accounts, he was intoxicated when arrested and brought back to the Führerbunker.He was kept in a makeshift cell until the evening of 28 April. That night, Hitler was informed of the BBC broadcast of a Reuters news report about Himmler’s attempted negotiations with the western Allies via Count Bernadotte. a Swedish diplomat. 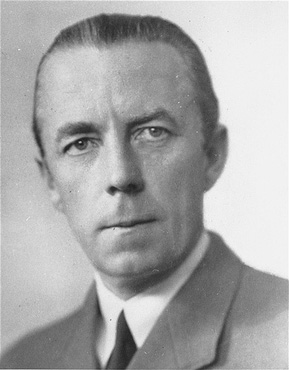 Hitler flew into a rage about this apparent betrayal and ordered Himmler’s arrest.Sensing a connection between Fegelein’s disappearance and Himmler’s betrayal, Hitler ordered SS-Gruppenführer Heinrich Müller to interrogate Fegelein as to what he knew of Himmler’s plans. 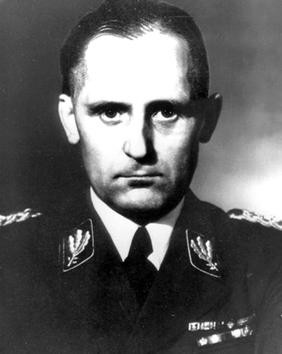 Thereafter, according to Otto Günsche (Hitler’s personal adjutant), Hitler ordered that Fegelein be stripped of all rank and to be transferred to Kampfgruppe “Mohnke” to prove his loyalty in combat. However, Günsche and Bormann expressed their concern to Hitler that Fegelein would only desert again. Hitler then ordered Fegelein court-martialed.

Fegelein’s wife was then in the late stages of pregnancy (the baby was born in early May). Hitler considered releasing him without punishment or assigning him to Mohnke’s troops.Junge,an eye-witness to bunker events,stated that Braun pleaded with Hitler to spare her brother-in-law and tried to justify Fegelein’s actions. However, he was taken to the garden of the Reich Chancellery on 28 April, and was “shot like a dog”

After midnight on the night of 28–29 April, Hitler and Braun were married in a small civil ceremony within the Führerbunker. The event was witnessed by Joseph Goebbels and Martin Bormann. Thereafter, Hitler hosted a modest wedding breakfast with his new wife.With Braun’s marriage, her legal name changed to Eva Hitler.

When she signed her marriage certificate she wrote the letter B for her family name, then lined this out and replaced it with Hitler.Obviously she didn’t mind marrying the man who had been responsible for the death of her  heavily pregnant Sister’s husband, a few hours after he was killed. Knowing her sister was going to have to raise the child on her own.

On 5 May 1945 at Obersalzberg, Gretl gave birth to a daughter, whom she named Eva Barbara in memory of her sister. Eva Barbara committed suicide in 1975, after her boyfriend was killed in a car accident. 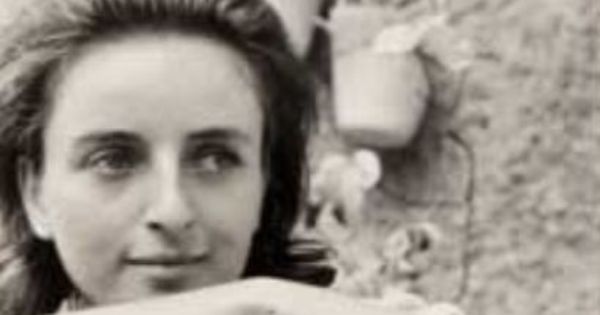