It would of course be unfair to say that all Germans and Austrians were guilty of the atrocities carried out by their leaders. But it is also unfair to believe that no one of the ordinary citizenship knew what was happening. The excuse of “we didn’t know” should not always have been taken for granted.

Especially those who lived near the concentration camps must have had at least an inkling of what was going on. 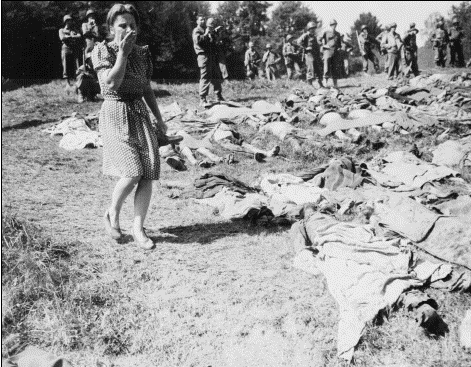 SS officer Eichelsdoerfer, the commandant of the Kaufering IV concentration camp, stands among the corpses of prisoners killed in his camp. 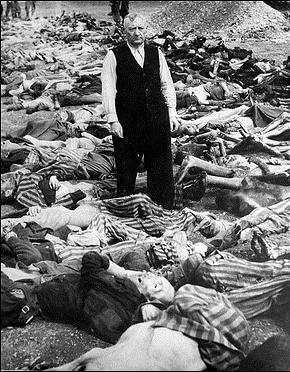 German civilians under U.S. military escort are forced to see a wagon loaded with corpses in Buchenwald. 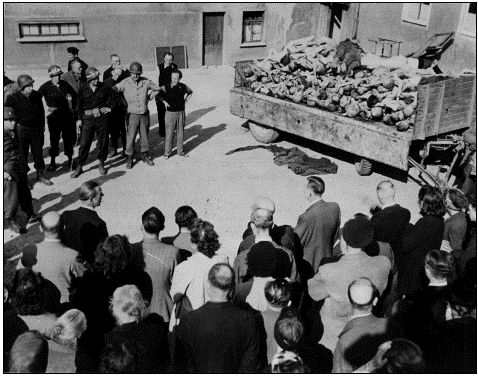 Under orders from the U.S. Army, Austrian civilians dig mass graves for corpses found in Gusen 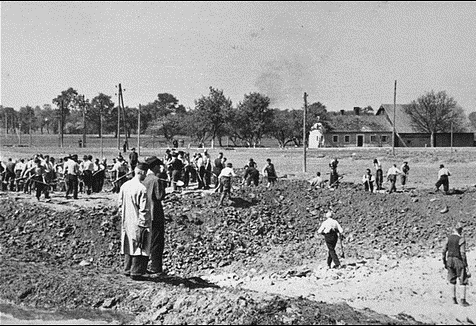 On orders from the U.S. Army, Austrian citizens remove corpses from the “Russian camp” section of Mauthausen for burial in a mass grave. 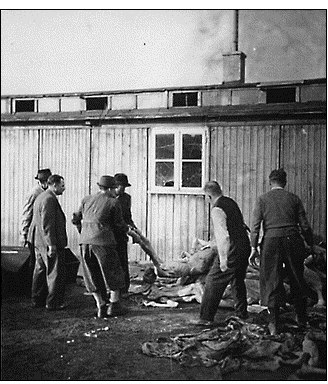 Civilians from nearby Weimar are forced by American soldiers to see the remains of prisoners in the crematorium ovens of Buchenwald during their tour of the concentration camp. 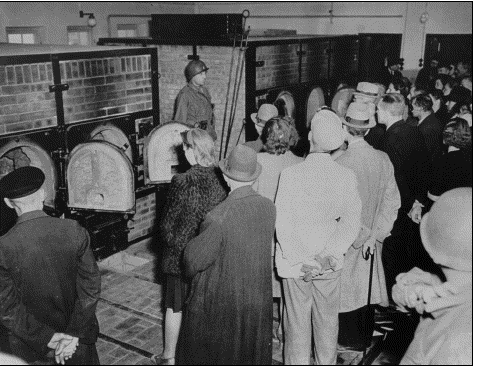 Under the direction of an American soldier, German civilians from Gardelegen carry wooden crosses to the site where they were ordered to bury the bodies of concentration camp prisoners killed by the SS in a barn just outside the town. 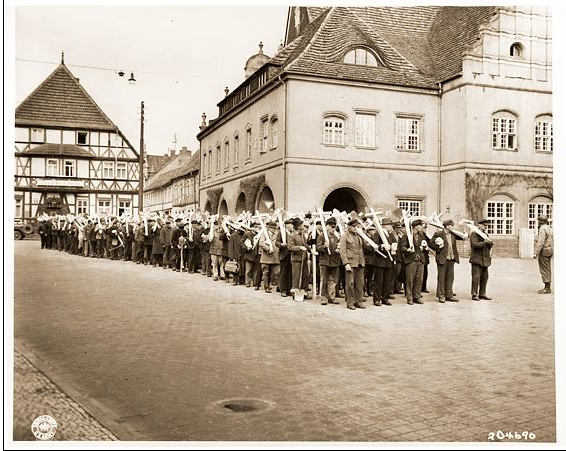 German civilians from the town of Nordhausen bury the corpses of prisoners found in the Nordhausen concentration camp in mass graves.Only one man looks at the corpses. 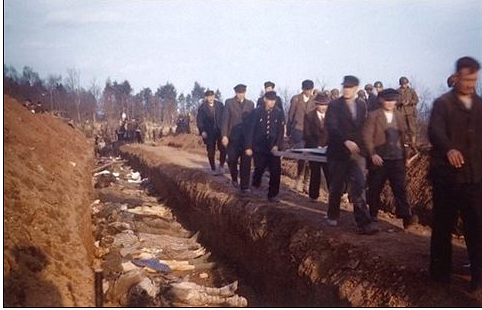 Pictures courtesy if NARA and USHMM.

One thought on “Confronted with the crimes of their leaders.”