This is probably one of the most disturbing murder cases in history. The fact that the victim was a toddler is awful enough but knowing  that two 10-year-old’s, Jon Venables and Robert Thompson from England, who killed and mutilated the body of the 2-year-old James Bulger, makes it nearly unfathomable.Even more disturbing is that the killers have been released from jail with new identities. 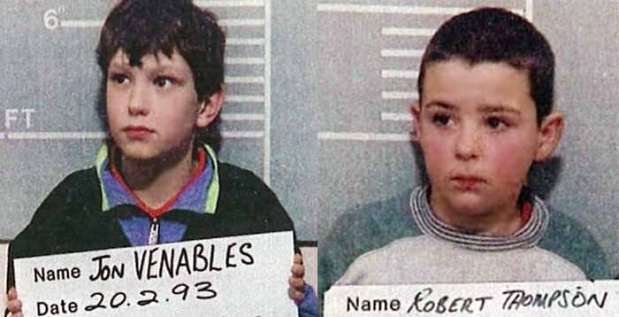 The fact that the suspects were so young came as a shock to investigating officers, headed by Detective Superintendent Albert Kirby, of Merseyside Police. Early press reports and police statements had referred to Bulger being seen with “two youths” (suggesting that the killers were teenagers), the ages of the boys being difficult to ascertain from the images captured by CCTV.

Forensic tests confirmed that both boys had the same blue paint on their clothing as found on Bulger’s body. Both had blood on their shoes; the blood on Thompson’s shoe was matched to Bulger’s through DNA tests. A pattern of bruising on Bulger’s right cheek matched the features of the upper part of a shoe worn by Thompson; a paint mark in the toecap of one of Venables’s shoes indicated he must have used “some force” when he kicked Bulger.

The boys were each charged with the murder of James Bulger on 20 February 1993, and appeared at South Sefton Youth Court on 22 February 1993, when they were remanded in custody to await trial. In the aftermath of their arrest, and throughout the media accounts of their trial, the boys were referred to as ‘Child A’ (Thompson) and ‘Child B’ (Venables).While awaiting trial, they were held in the secure units where they would eventually be sentenced to be detained indefinitely.

On that fateful day, the troubled boys were skipping school and wandering around a busy mall, stealing sweets, batteries and a bucket of paint – items that were later to be found at the murder scene. Casually observing children, they were looking for a child to abduct. The plan was to lead the victim to a busy road and push him into the path of oncoming traffic.

On February the 12th, 1993. James was out shopping with his mother in the New Strand Shopping Centre near Kirkby, England.

His mother Denise was briefly distracted inside a butcher’s shop on the lower floor of the center. A minute later she realized her son had disappeared. James had been wandering by the open door of the shop when Thompson and Venables caught his attention and lured him out of the mall at 3:42 pm. 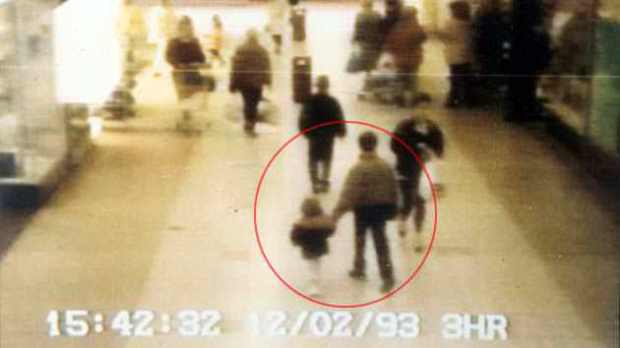 Denise panicked and headed to the mall’s security office. She described her son’s appearance and what was he wearing: a blue jacket and grey sweat suit, a blue scarf with a white cat on it and a t-shirt with the word ‘Noddy’ on it. For security, it was a routine day. They often had to announce the description of a lost child over the loudspeaker so that parents could reunite with their child at the information centre. But what started off as a lost child in the mall, turned out to be one of the most prolific missing child cases in the history of the UK.

At 4:15 pm, the local Police Station was notified.

Sometimes he ran ahead, other times he fell behind. The boys were walking around aimlessly until they reached a nearby canal and proceeded to go under a bridge to an isolated area. There, they dropped James on his head. Venables and Thompson ran away, leaving the toddler crying. A lady saw James sobbing and assumed he was just playing with the local kids.

In his utter innocence, bruised and crying, James followed the boys once again. Several witnesses saw them and later described a boy crying and older boys kicking him. No one intervened, thinking that older brothers were just fooling around and watching over their younger sibling..

At approximately 5:30 pm, after more than a two-mile hike, Venables and Thompson decided to go to the railway tracks to finish the business. Between 5:45p m and 6:30 pm, James was brutally murdered.

The assault began with the boys pouring the stolen paint from the mall into James’ eyes. They pulled off his pants and underwear, mutilated his foreskin and inserted batteries into his anus. They kicked, threw stones and eventually smashed his skull with an iron bar. When they believed James was dead, they laid his body on the tracks, covering his bleeding head with bricks and rubbish, making it look like an accident.

They left just before the train came. The forensic pathologist of the case, Dr. Alan Williams, stated that James suffered so many injuries – 42 in total – that he was not able to confirm any one of them as the fatal blow, beyond the fact that he had died before the train cut his body in half.

Police got a hold of the CCTV footage of James’ abduction. The disappearance made the evening news and calls immediately poured in. Two days later, the severed body was found lying on the tracks. When the circumstances became public, the crime scene was flooded with hundreds of bouquets of flowers. The tabloids denounced the people who had seen the abduction but had not intervened to aid him.

Three days later, a breakthrough came when a woman recognised Venables on the released low-resolution photo from the CCTV footage. The tip-off led to an arrest and the boys were taken to separate police stations where they gave a total of 20 interviews over three days. 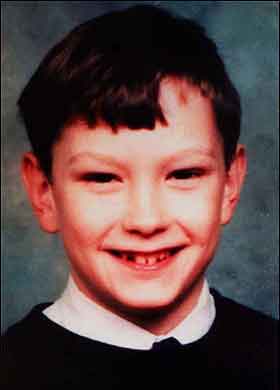 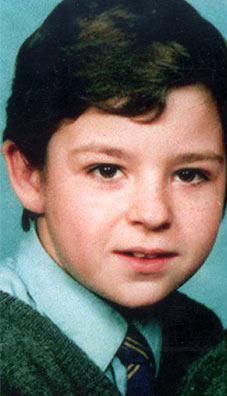 In 1999, lawyers for Thompson and Venables appealed to the European Court of Human Rights that the boys’ trial had not been impartial, since they were too young to follow proceedings and understand an adult court. The European court dismissed their claim that the trial was inhuman and degrading treatment, but upheld their claim they were denied a fair hearing by the nature of the court proceedings. The European Court also held that Michael Howard’s intervention had led to a “highly charged atmosphere”, which resulted in an unfair judgment.On 15 March 1999, the court in Strasbourg ruled by 14 votes to five that there had been a violation of Article 6 of the European Convention on Human Rights regarding the fairness of the trial of Thompson and Venables, stating: “The public trial process in an adult court must be regarded in the case of an 11-year-old child as a severely intimidating procedure”.

In September 1999, Bulger’s parents applied to the European Court of Human Rights, but failed to persuade the court that a victim of a crime has the right to be involved in determining the sentence of the perpetrator.

The European court case led to the new Lord Chief Justice, Lord Woolf, reviewing the minimum sentence. In October 2000, he recommended the tariff be reduced from ten to eight years, adding that young offender institutions were a “corrosive atmosphere” for the juveniles. 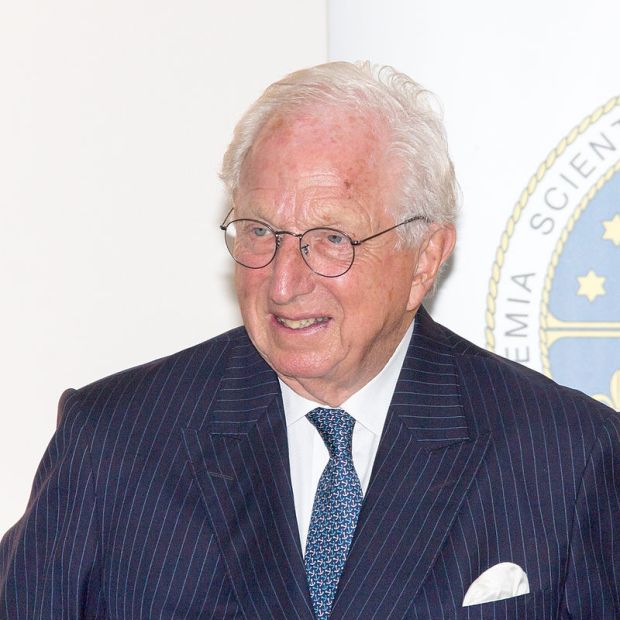 In June 2001, after a six-month review, the parole board ruled the boys were no longer a threat to public safety and could be released as their minimum tariff had expired in February of that year. The Home Secretary David Blunkett approved the decision, and they were released a few weeks later on lifelong licence after serving eight years. 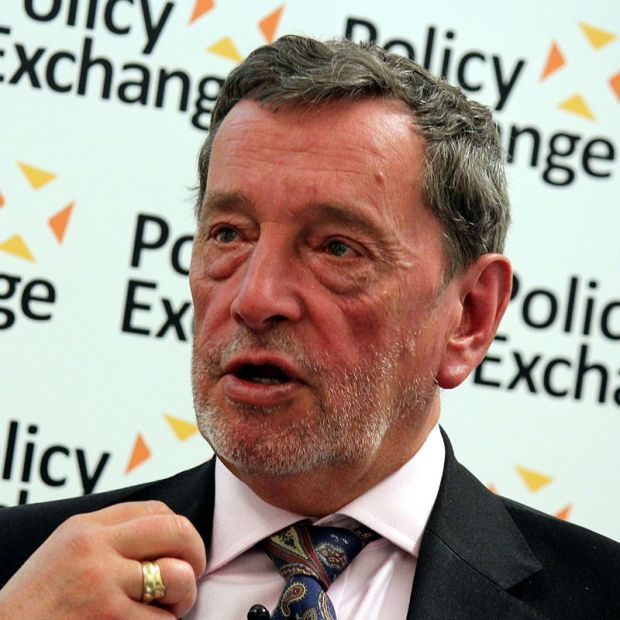 Both men “were given new identities and moved to secret locations under a “witness protection”-style programme.”  This was supported by the fabrication of passports, national insurance numbers, qualification certificates and medical records. Blunkett added his own conditions to their licence and insisted on being sent daily updates on the men’s actions.

The terms of their release include the following: they are not allowed to contact each other or Bulger’s family; they are prohibited from visiting the Merseyside region;curfews may be imposed on them and they must report to probation officers. If they breach these rules or are deemed a risk to the public, they can be returned to prison.

An injunction was imposed on the media after the trial, preventing the publication of details about the boys. The worldwide injunction was kept in force following their release on parole, so their new identities and locations could not be published.

Blunkett stated in 2001: “The injunction was granted because there was a real and strong possibility that their lives would be at risk if their identities became known.

In the months after the trial, and the birth of their second son, the marriage of Bulger’s parents, Ralph and Denise, broke down; they divorced in 1995. Denise married Stuart Fergus and they have two sons together. Ralph also remarried and has three daughters by his second wife.

In November 2011, it was reported that officials had decided that Venables would stay in prison for the foreseeable future, as he would be likely to reveal his true identity if released. A Ministry of Justice spokesman declined to comment on the reports. On 4 July 2013, it was reported that the Parole Board for England and Wales had approved the release of Venables.

On 3 September 2013, it was reported that Venables had been released from prison