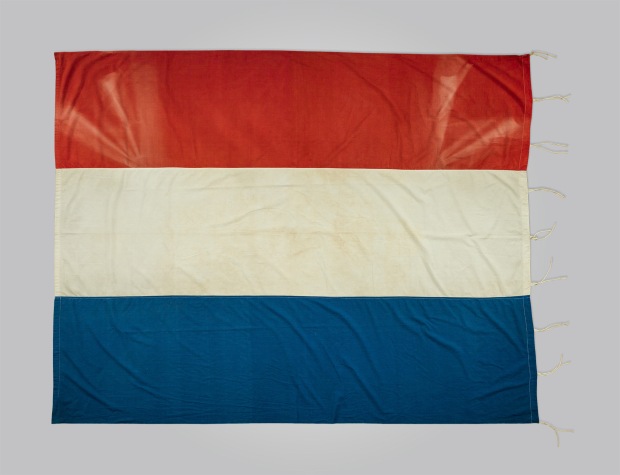 In 1943, the Jewish family Gans was on their way to the train station because Father Josef, Mother Martha and their four children Abraham, Louise, Emma and baby Harry had received a call-up notice.

After earlier deferments they were ordered, like many other Jews, to report for internment in the Vught Concentration Camp.

The evening before their departure the Gans family said their goodbyes to neighbours they were quite fond of. Josef Gans gave the family’s Dutch flag to Henny, the girl next door, with the words: ‘I’m giving you this flag for safekeeping, until better times. Hang it outside when we return.’ The next day, Henny accompanied them to the station. The steam train with its passenger compartments was already there and waiting.

The guards slammed the doors shut. Henny threw one last kiss and waved goodbye to her beloved neighbours.

Years later, after hearing that the entire Gans family was murdered in a concentration camp in occupied Poland, Henny donated the flag to the Synagogue in the town of Winterswijk. 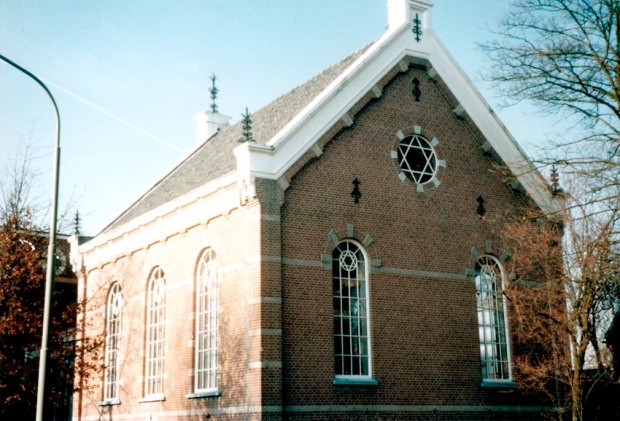