The 2nd SS Panzer Division Das Reich was a division of the Nazi Waffen-SS during World War II. It was one of the thirty-eight divisions fielded by the Waffen-SS. Das Reich served during the invasion of France and took part in several major battles on the Eastern Front, including in the Battle of Prokhorovka against the 5th Guards Tank Army at the Battle of Kursk.

It was then transferred to the West and took part in the fighting in Normandy and the Battle of the Bulge, ending the war in Hungary and Austria. Das Reich committed the Oradour-sur-Glane and Tulle massacres. Its staff included regimental commander SS-Standartenführer Sylvester Stadler as regimental commander, SS-Sturmbannführer Adolf Diekmann, commanding the 1st Battalion.and SS-Sturmbannführer Otto Weidinger, Stadler’s designated successor who was with the regiment for familiarisation. Command passed to Weidinger on 14 June. 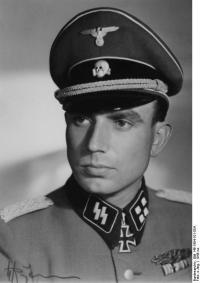 Early on the morning of 10 June 1944, Diekmann informed Weidinger that he had been approached by two members of the Milice, a paramilitary force of the Vichy Regime. They claimed that a Waffen-SS officer was being held prisoner by the Resistance in Oradour-sur-Vayres, a nearby village. The captured officer was claimed to be SS-Sturmbannführer Helmut Kämpfe, commander of the 2nd SS Panzer Reconnaissance Battalion (also part of “Das Reich” division).

He may have been captured by the Maquis du Limousin the day before. Stadler ordered Diekmann to have the mayor choose thirty people to be hostages in exchange for Kämpfe.

On 10 June, Diekmann’s battalion sealed off Oradour-sur-Glane and ordered all the inhabitants – and anyone who happened to be in or near the town – to assemble in the village square to have their identity papers examined. The SS also arrested six people who did not live in the village but merely happened to be riding their bicycles through there when the SS unit arrived.

The women and children were locked in the church and the village was looted. The men were led to six barns and sheds, where machine guns were already in place. 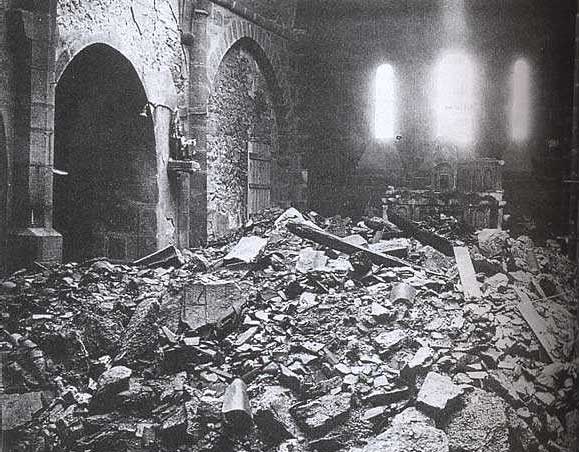 According to a survivor’s account, the SS men then began shooting, aiming for their legs. When victims were unable to move, the Nazis covered them with fuel and set the barns on fire. Only six men managed to escape. One of them was later seen walking down a road and was shot dead. In all, 190 Frenchmen died.

The SS men next proceeded to the church and placed an incendiary device beside it. When it was ignited, women and children tried to escape through the doors and windows, only to be met with machine-gun fire. 247 women and 205 children died in the brutal attack. The only survivor was 47-year-old Marguerite Rouffanche. She escaped through a rear sacristy window, followed by a young woman and child. All three were shot, two of them fatally. Rouffanche crawled to some pea bushes and remained hidden overnight until she was found and rescued the next morning. About twenty villagers had fled Oradour-sur-Glane as soon as the SS unit had appeared. That night, the village was partially razed.

Several days later, the survivors were allowed to bury the 642 dead inhabitants of Oradour-sur-Glane who had been killed in just a few hours. Adolf Diekmann said the atrocity was in retaliation for the partisan activity in nearby Tulle and the kidnapping of Helmut Kämpfe.

Raymond J. Murphy, a 20-year-old American B-17 navigator ,shot down over Avord, France in late April 1944, witnessed the aftermath of the massacre. After being hidden by the French Resistance, Murphy was flown to England on 6 August, and in debriefing filled in a questionnaire on 7 August and made several drafts of a formal report.The version finally submitted on 15 August has a handwritten addendum:

“Several weeks ago, I saw a town within 4 hours bicycle ride up the Gerbeau farm [of Resistance leader Camille Gerbeau] where some 500 men, women, and children had been murdered by the Germans. I saw one baby who had been crucified.”

Murphy’s report was made public in 2011 after a Freedom of Information Act request by his grandson, an attorney in the United States Department of Justice National Security Division.It is the only account to mention crucifying a baby.Shane Harris(an American journalist and author) concludes the addendum is a true statement by Murphy and that the town, not named in Murphy’s report, is very likely Oradour-sur-Glane.

Children from the village’s girl’s school, in the 1942-1943 school year. All of these girls were killed in the massacre.

Protests at Diekmann’s unilateral action followed, both from Generalfeldmarschall Erwin Rommel, General Gleiniger, German commander in Limoges, and the Vichy government. Even SS-Standartenführer Stadler felt Diekmann had far exceeded his orders and began a judicial investigation. However, 29-year-old Diekmann was killed in action shortly afterwards during the Battle of Normandy, and many of the third company, which had conducted the massacre, were also killed in action. The investigation was then suspended.