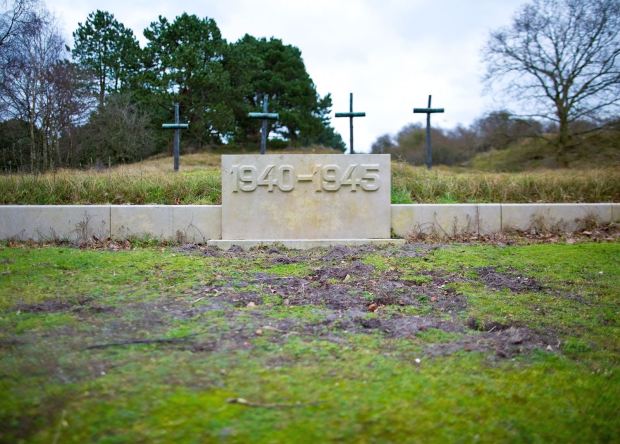 Waalsdorpervlakte, in the dunes by the Dutch seaside village of Scheveningen, was one of the most notorious spots during the Second World War in the Netherlands. On this desolate sand plain more than 250 people were killed by the Germans. 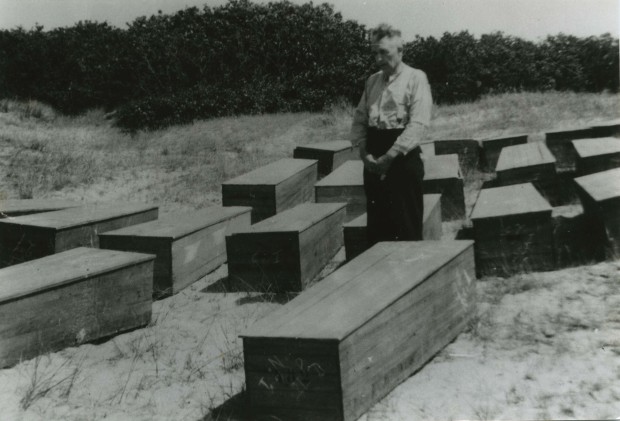 Most were members of the Dutch Resistance who risked their lives in the struggle against the Nazi occupier. In their last moments they walked across the sand, were bound to wooden poles and waited for the firing squad to line up. The shots that followed put an end to their lives. The first execution carried out here was on 3 March 1941 when the Germans shot Ernst Cahn,  a German Jewish refugee and owner of Ice cream parlour ‘Koco’ who had organized Resistance activities from his ice cream parlour in Amsterdam. 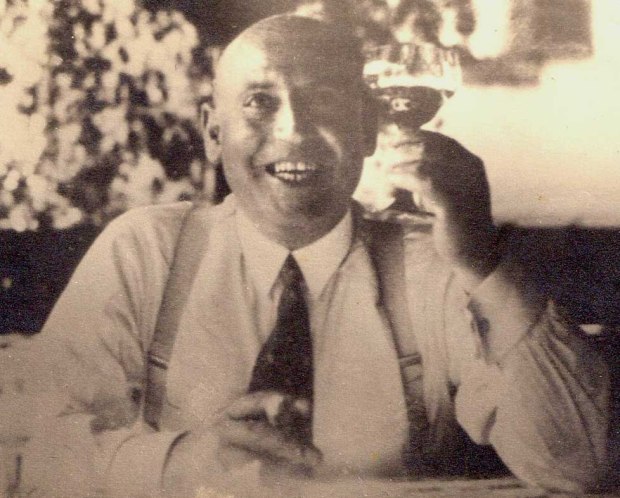 In 1945, out of respect and appreciation for the fallen, five large memorial crosses were fashioned from the wooden execution poles. These wooden crosses were replaced by bronze copies in 1981. 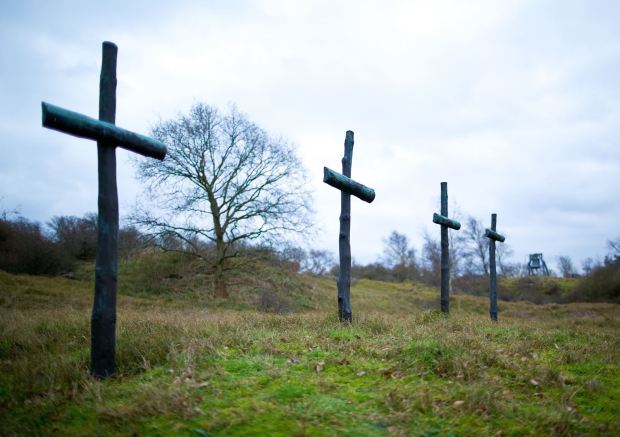