Degenerate art was a term adopted by the Nazi regime in Germany to describe Modern art. Such art was banned on the grounds that it was un-German, Jewish, or Communist in nature, and those identified as degenerate artists were subjected to sanctions. These included being dismissed from teaching positions, being forbidden to exhibit or to sell their art, and in some cases being forbidden to produce art.

Of course this also highlighted the stupidity of the Nazi ideology because some of these pieces of art were priceless. The only real degenerate artist was Adolf Hitler himself.

The painting at the top of this blog is ‘The Beach’ by Max Beckmann .Below are some further examples of “degenerate art” and also other art pieces created during the Holocaust. 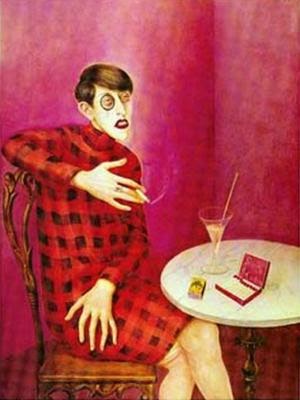 Portrait of the Writer Max Hermann-Neisse” by George Grosz (1925).

Bathers With A Turtle Henri Matisse

Vincent van Gogh’s work found itself under Nazi scrutiny due to his Expressionist influences. The distorted swirls and cascading colors were too modern, thus making them too degenerate. 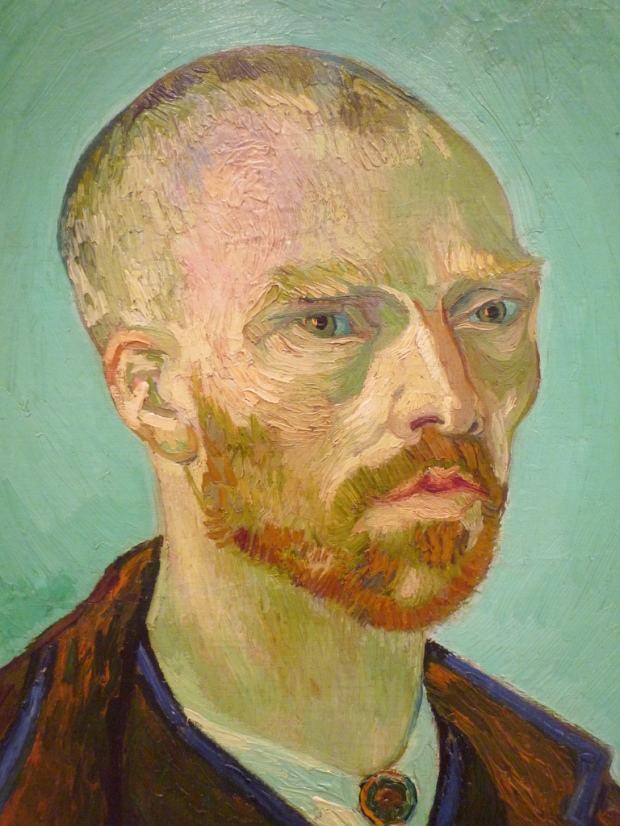 Following are some drawings by Leo Yeni.

In fall 1943, Leo and his family fled north to the mountains near Varese, close to the Swiss border. His family decided that Leo should escape into Switzerland. He was apprehended and interrogated by the Swiss Police at the border and denied entry. With the aid of smugglers, he tried again. He was arrested and detained in a military cell in Lugano as an illegal alien. After reviewing his papers, a Swiss Captain told Leo that he was accepted as a refugee and he was interned in a detention camp. Leo was held in Unterwalden (Bellinzona), Plenterplatz in Zurich, and Lajoux in the Jura Bernoise. Through HIAS (Hebrew Immigrant Aid Society) and the Red Cross, Leo was able to contact a maternal relative, Rene Della Torre in the United States. Leo’s parents had been arrested by Italian Fascist police on December 6, 1943. They were jailed in Varese and then taken to Milan where they were deported by the Germans to Auschwitz concentration camp on January 30, 1944, and killed on February 6.

The war ended in May 1945. Leo resumed his education at L’Ecole d’Art in Switzerland. In July 1946, Leo emigrated from Le Chaux-de-Fonds, Neuchatel, Switzerland, to America aboard the Marine Flasher. He settled in New York and his relatives helped him find a job as a designer. Leo had a successful career as a textile designer. He was active in local artists’ organizations and his artwork was frequently exhibited. He later taught painting. He married Rose Baumoel (1917-1992) on January 20, 1947. Rose was a school teacher. The couple had two children. Leo became a naturalized citizen in 1949. Leo, 91, passed away on February 7, 2011.

Ervin Abadi, a Hungarian Jew from Budapest, was an aspiring young artist when WWII began. He was drafted into the Hungarian labor service in the early 1940s. Abadi managed to escape, but was recaptured and immediately deported to Bergen-Belsen. When the camp was liberated, his condition was such that he required extended hospitalization. During his convalescence, he created dozens of works of holocaust art, including ink drawings, pencil and ink sketches and watercolors.
After recuperating Abadi returned to Budapest, where he published a collection of his watercolors in 1946. After becoming disillusioned with the communist regime in Hungary, he moved to Israel, where he continued to publish in Hungarian and Hebrew. He died in Israel in 1980. Below pictures are dated 1945.