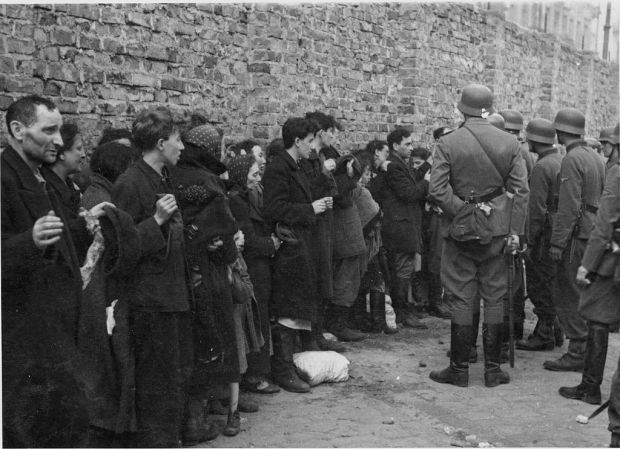 Most people know the stories of the concentration camps and death camps,and they even may know about the ghettos.

However what most people do not realize is the amount of ghettos created by the Nazis during WWII. In Poland alone there were more then 270 ghettos.

Life in the ghettos was usually unbearable. Overcrowding was common. One apartment might have several families living in it. Plumbing broke down, and human waste was thrown in the streets along with the garbage. Contagious diseases spread rapidly in such cramped, unsanitary housing. 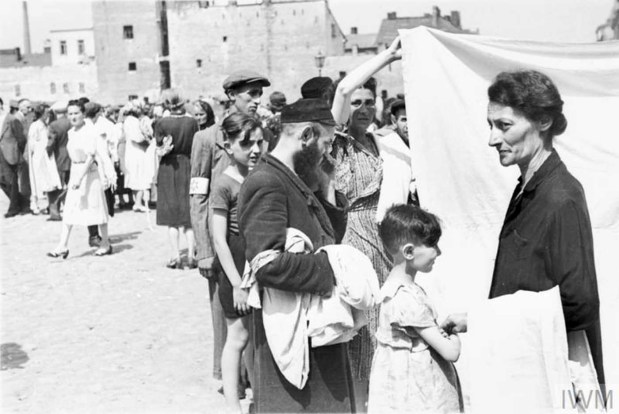 Following the 1939 Invasion of Poland, the new ghetto system had been imposed by Nazi Germany roughly between October 1939 and July 1942 in order to confine Poland’s Jewish population of 3.5 million for the purpose of persecution, terror, and exploitation.The Warsaw Ghetto was the largest ghetto in all of Nazi occupied Europe, with over 400,000 Jews crammed into an area of 1.3 square miles (3.4 km2), or 7.2 persons per room. 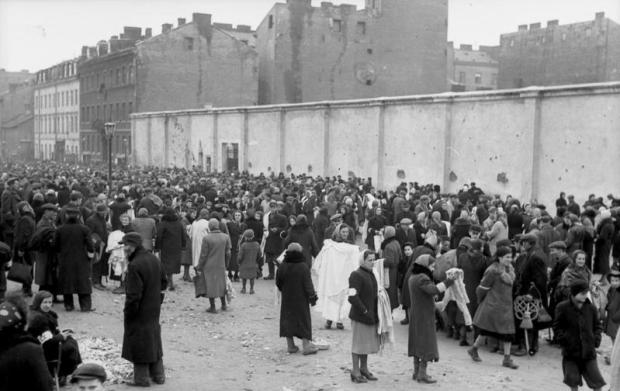 People were always hungry. Germans deliberately tried to starve residents by allowing them to purchase only a small amount of bread, potatoes, and fat. Some residents had some money or valuables they could trade for food smuggled into the ghetto; others were forced to beg or steal to survive. During the long winters, heating fuel was scarce, and many people lacked adequate clothing. People weakened by hunger and exposure to the cold became easy victims of disease; tens of thousands died in the ghettos from illness, starvation, or cold. Some individuals killed themselves to escape their hopeless lives.

On January 20 1942 at the Wannsee conference , Reinhard Heydrich informed senior Nazi officials that “the final solution of the Jewish question” was deportation from the ghettos and subsequent mass extermination of the Jews. Implementation plan developed. Six death factories were built by German firms in occupied Poland within two-to-six months.

Heinrich Himmler, the commander of the German SS, made a personal visit to the Warsaw Ghetto on January 9th 1943 and was furious to discover that there were 40,000 Jews still residing there, despite his orders of July 19 and October 9, 1942, to clear the area before the end of the year. Himmler ordered SS Colonel Ferdinand von Sammern-Frankenegg to liquidate the ghetto by February 15.

Below are some examples of the brutal conditions of the Warsaw Ghetto.

A child dying on the sidewalk of the Warsaw Ghetto, September 19, 1941 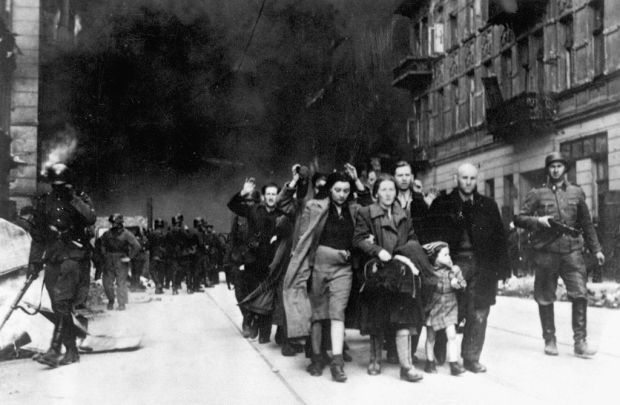 A child lies on the street in the Warsaw Ghetto, May 1941. Photo by Nazi officer P.K. Zermin, now in German Federal Archive.

Dead man lies in front of a shop in the Warsaw ghetto.

A woman lying on the pavement in the Warsaw ghetto, starving to death, 1941.

Jews concentrated at the Umschlagplatz prior to deportation, 1943

A corpse on the pavement in the Warsaw Ghetto

A group of teenagers in the Warsaw ghetto, September 1941