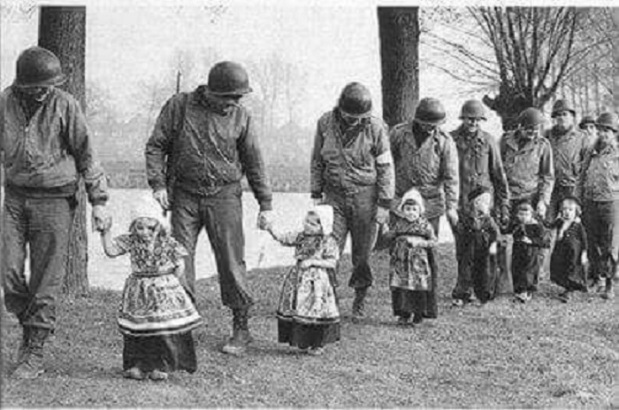 After months of fighting fierce battles this must have been the most adorable way ever how the US troops were entertained.

Dutch children entertain U.S. soldiers. U.S. soldiers taken for a morning walk through the grounds of moated Hoensbroek Castle in Holland some of the 145 young Dutch children living there under the care of Roman Catholic nuns. The children, who are mostly around three years old, express their appreciation for the kindness of American soldiers stationed in the area by entertaining them with games and dances in national costume.

This was shortly after the liberation of Hoensbroek in September 1944. 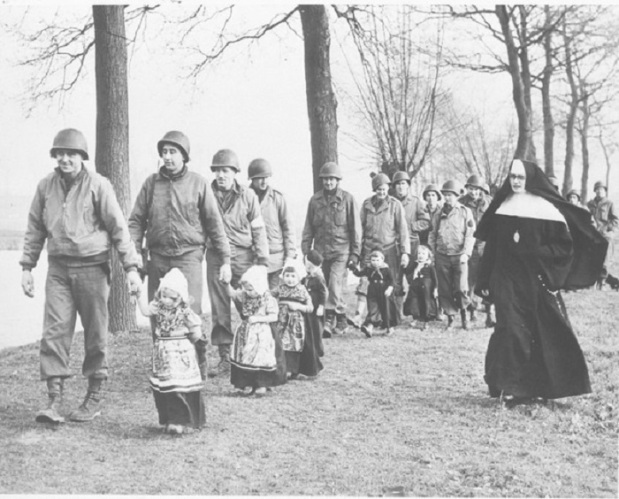