The one group that often gets overseen in WWII stories are the medics. There are some books and movies about them, but if you put in the bigger scheme of WWII things it is a small percentage.

Yet they are the ones who would run into the battlefield, sometimes unarmed, to pick up the wounded. 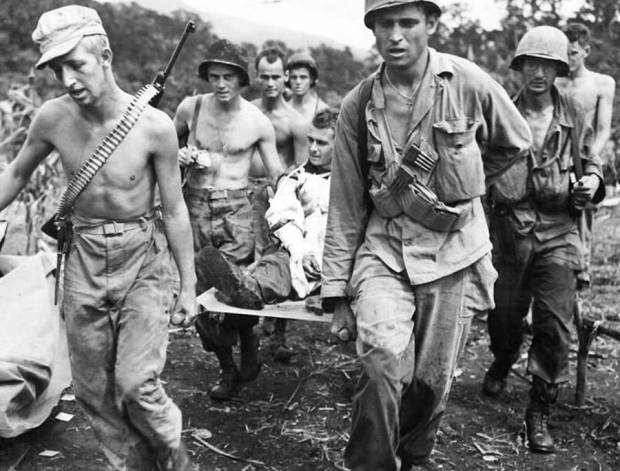 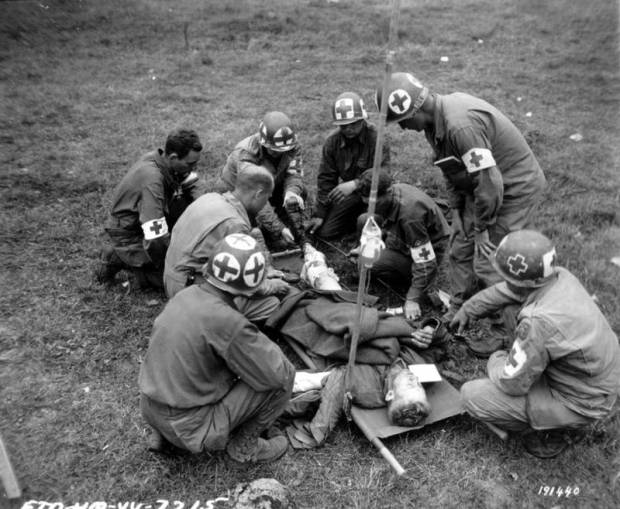 They were also the ones who, after the dust cleared, had to deal with the aftermath of battle. It is one thing seeing your brother in arms being blown to smithereens, but due to the adrenaline and the instinct to survive, it keeps the other emotions at check. You just get on with it, but afterwards when things have settled the emotions start flowing. The medical teams had to deal with these emotions and at the same time try to save lives.

Like here where surgeons work on the leg amputation of an injured solider at 46th Portable Surgical Hospital in Tinkhawk Sakan, Burma during World War II. 1944. 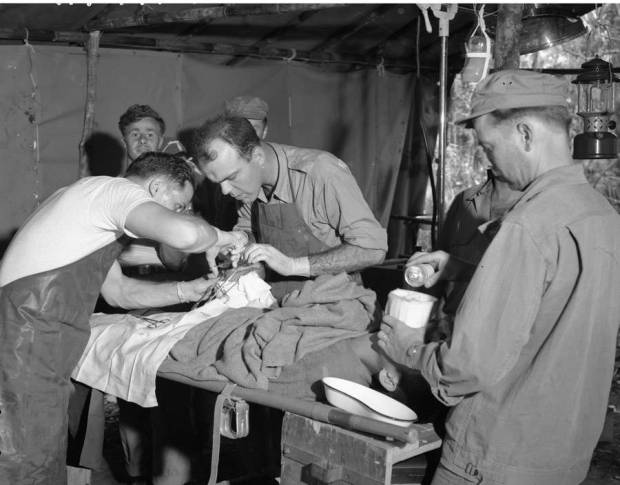 Sometimes in makeshift field hospitals  Like in the picture below where an American Army doctor operates in an underground bunker surgery room behind the front lines in Bougainville, Papua New Guinea during World War II. The injured soldier had been wounded by a Japanese sniper. 1943.

It wasn’t only men ,Navy Flight Nurse Jane Kendiegh feeds an injured solider on a return trip from the battle of Iwo Jima.

American Captain Clarence Brott applies a cast to the leg of a soldier with a deep wound in his thigh inflicted by a shell fragment. 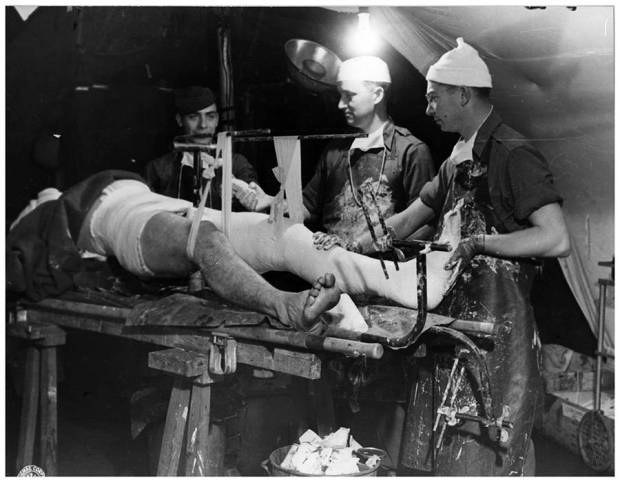