The Republic of Ireland remained neutral throughout WWII. However Northern Ireland,which was and still is, part of the UK did not stay neutral.

Unfortunately that sense of security would have disappeared soon, on the night of 7–8 April 1941 Belfast experienced the first part of the Belfast blitz. The attack was relatively small and it’s purpose was probably only to see how good Belfast’s defenses were.

About a week later the city was hit again this time killing about 900 and injuring approximately 1500.

But then again it was war and something like this was to be expected. However what wasn’t expected was the evil within the US troops that were send to Northern Ireland.

Most of the soldiers were good men, and most of them were heroes for they had left the relatively safety and comfort of their own land, but had decided that they would give that up in the fight for freedom and against tyranny.

But the army is a reflection of the wider society meaning there were good but also ban men and some were just pure evil, as was Private William Harrison.

He  was stationed at Cluntoe Airfield in Ardboe, Co Tyrone, and, up until then, relations between the soldiers and local were pleasant and harmonious. 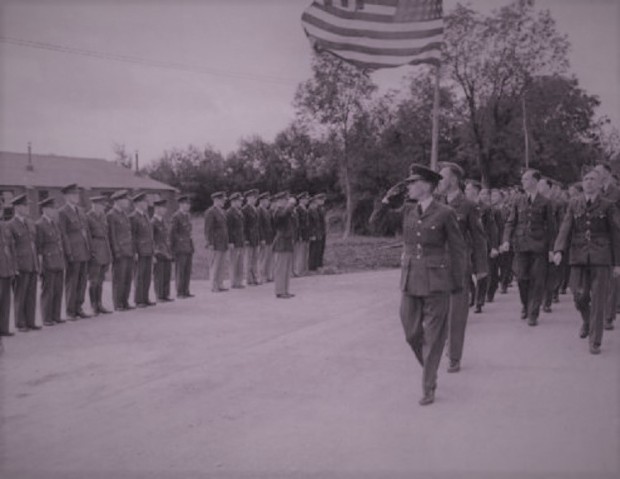 By 1943, over 3,500 American troops were stationed there and the local economy was booming because of it.

Serving with the 2nd Combat Crew Replacement Centre Group, United States Air Force, Private William Harrison had got to know the Wylie family from Killycolpy near Stewartstown, County Tyrone, and became friendly with them.

On 25th September 1944, on a visit to the Wylie’s  home, Harrison who had been drinking wanted   to repay money he had borrowed from Mr Wylie. but he was out fishing.Harrison then decided to accompany the 7 year old daughter, Patricia, to the local shop.

Unfortunately they never made it to  the shop. Harrison took the little girl to a nearby field where he sexually assaulted and strangled her.

Patricia’s semi-naked body, partially covered with hay, was later found in a field half a mile from her home.

At an inquest into the murder a US Major vowed that this vile crime would not go unpunished. During the court martial in Cookstown that November, Private Harrison admitted choking the youngster, but said he didn’t know why.

He was sentenced to death and was hanged on April 7,1945 in Shepton Mallet prison in Somerset.