There were many contradictions during the Holocaust on one hand there were Nazis like Wilm Hosenfeld who saved Jews, on the other hand there were Jews who helped the Nazis ensuring many Jews  were put on transport to their deaths.

One of those Jews was Chaim Rumkowski and although I try no to be judgmental in this case I find it hard not to be, and that is probably a shortcoming and I do apologize for that. 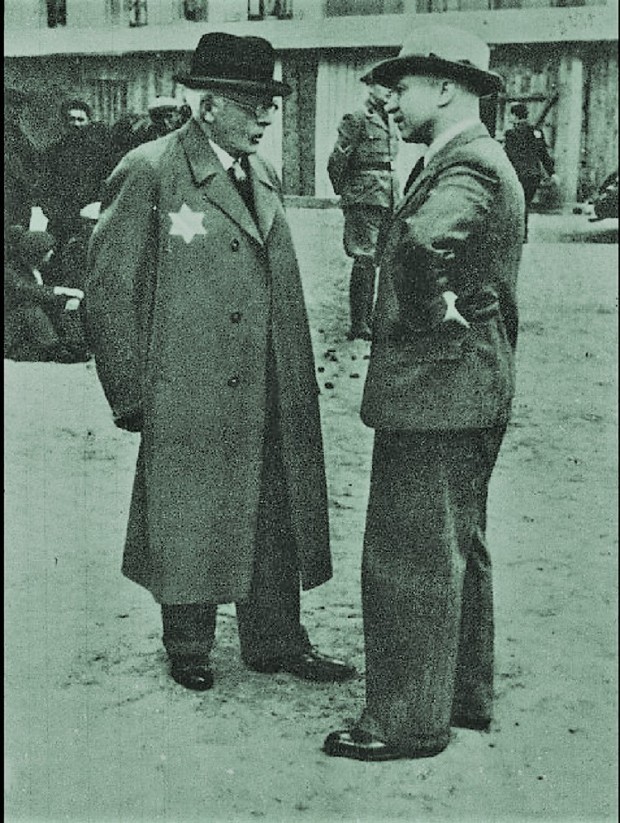 Chaim  Rumkowski  was a ,in Russia born, Polish Jew and wartime businessman appointed by the Nazis as the head of the Council of Elders in the Łódź Ghetto during the German occupation of Poland in World War II.

Prior to the war he was the head of a Jewish orphanage although many claim he only did the work for self serving reasons, rather then charity. Holocaust survivor Dr. Edward Reicher claimed Rumkowski had an unhealthy interest in children.

As the Elder of the Jews tasked with running the ghetto’s Nazi-installed Jewish Council, Rumkowski,  appeared to have thoroughly cherished his authority. In the analysis of several historians Rumkowski was so close to the Nazis and indeed identified  himself to his Nazi masters that he could be considered their Jewish counterpart.

In the Lodz ghetto he was nick named King Chaim. 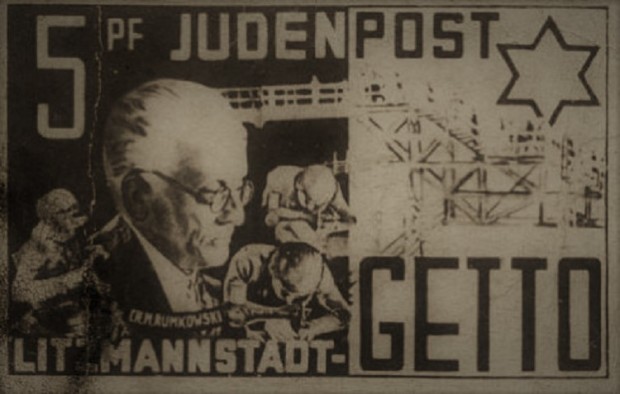 Some may say he only tried to survive and no one should be blamed for self preservation , and to an extend that is true. He was surely not unique, there were other Jews who helped the Nazis. But there is helping and there is making things very easy for them.

On German orders Rumkowski delivered a speech on September 4, 1942 pleading with the Jews in the ghetto to give up children 10 years of age and younger, as well as the elderly over 65, so that others might survive. Below is a part of that speech.

“A grievous blow has struck the ghetto. They are asking us to give up the best we possess -the children and the elderly. I was unworthy of having a child of my own, so I gave the best years of my life to children. I’ve lived and breathed with children, I never imagined I would be forced to deliver this sacrifice to the altar with my own hands. In my old age, I must stretch out my hands and beg: Brothers and sisters! Hand them over to me! Fathers and mothers: Give me your children!

I had a suspicion something was going to befall us. I anticipated “something” and was always like a watchman: on guard to prevent it. But I was unsuccessful because I did not know what was threatening us. The taking of the sick from the hospitals caught me completely by surprise. And I give you the best proof there is of this: I had my own nearest and dearest among them and I could do nothing for them!

I thought that would be the end of it, that after that, they’d leave us in peace, the peace for which I long so much, for which I’ve always worked, which has been my goal. But something else, it turned out, was destined for us. Such is the fate of the Jews: always more suffering and always worse suffering, especially in times of war.

Yesterday afternoon, they gave me the order to send more than 20,000 Jews out of the ghetto, and if not – “We will do it!” So the question became, ‘Should we take it upon ourselves, do it ourselves, or leave it to others to do?”. Well, we – that is, I and my closest associates – thought first not about “How many will perish?” but “How many is it possible to save?” And we reached the conclusion that, however hard it would be for us, we should take the implementation of this order into our own hands.

I must perform this difficult and bloody operation – I must cut off limbs in order to save the body itself. I must take children because, if not, others may be taken as well – God forbid.”

He had this warped ideology that after the war he would seen as the savior of Jews. Even when it became clear what the fate was of those who were ‘resettled’ Rumkowski believed he could keep some Jews alive by producing goods for Germany and refused any form of resistance to Nazi orders.

He was ruthless, using his position as head of the Judenrat to confiscate property and businesses that were still being run by their rightful Jewish owners in the ghetto.

Rumkowski and his relatives were ultimately sent to Auschwitz-Birkenau, where they met the same fate as most of the Lodz ghetto’s 160,000 Jews. There are conflicting versions  of Rumkowski’s death , including one in which former inmates of his fiefdom recognized him on “the ramp” at Birkenau and decided to end his life with his own hands. Rumour has it that he was beaten  to death at the gate of the Crematorium No. 2 and  his body was disposed of.