I was struggling giving this blog a title. I was thinking of calling it “brothels in the concentration camps” but I think that would not do justice to the real horror and impossible choices these women had to make.

In general women who work in brothels have some level of autonomy over their lives, some even enjoy working there, But for the women who were forced to work in the concentration camp brothels, there was no choice, it was a matter of life and death.Therefor I thought the title Holocaust sex slaves was the best description.

The women were taken into a furnished room. The barracks were different from the ones  at the Ravensbrück women’s concentration camp.

The SS opened 10 brothels, the first one opened in the Austrian camp at Mauthausen in 1942. The biggest was in Auschwitz,as many as 21 women prisoners once worked. The women forced to work in the Auschwitz brothel were inmates from Auschwitz in block 24.

The last brothel opened in early 1945.

One of the women testified: “They told us we were in the camp brothel, that we were the lucky ones. We would eat well and have enough to drink. If we behaved and fulfilled our duties nothing would happen to us.”

The women were made to have sex with the forced labourers, which was an idea devised by SS chief Heinrich Himmler in order  increase productivity and to  try to prevent homosexuality from ‘spreading’ in the camps.

There was no actual evidence that it produced any noticeable increase in the prisoners’ work productivity levels. Only a few inmates were actually in a physical condition to go to them.

The women, aged between 17 and 35  received more food and were treated less harshly than other female inmates. In return, they had to provide sex to selected prisoners every evening between 8 and 10 p.m., and on Sunday afternoons.

Inmates allowed to go the brothels  had to sign up for a specific day and pay two reichs marks for a 20-minute “session” based on a  schedule which was predetermined.

20 female prisoners, were controlled by a female overseer

The women were matched with ‘clients’ by an SS-officer. The ‘clients; were mainly  inmates who ended up in the camps branded as  common or professional criminals who wore the green triangles, 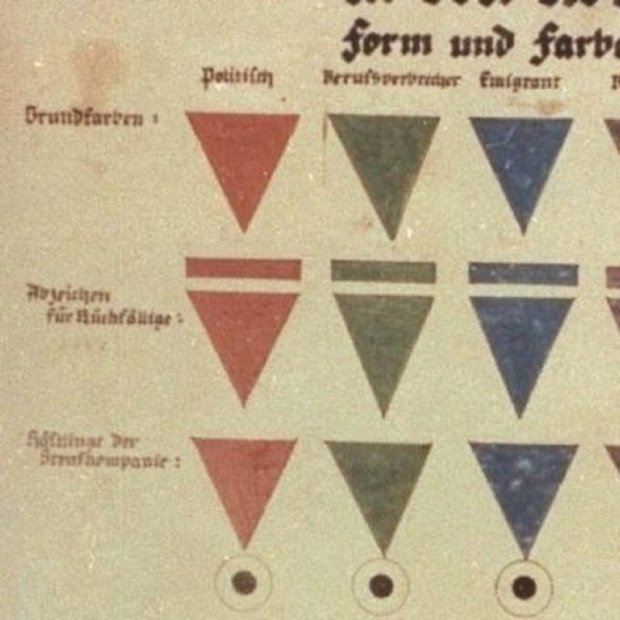 Himmler was also convinced that by forcing homosexual inmates to have sex once a week  with the women ,it would ‘cure’ their homosexuality

The women would frequently be replaced because of  exhaustion and illness, and were often sent away to their deaths later. Some of them underwent forced sterilizations as well as forced abortions, many times resulting in death.