Perhaps the Dutch government were naive to believe that they would able to stay neutral like they did in WWI. Perhaps they thought they had nothing to fear from the Germans.

However when Germany invaded Norway and Denmark in April 1940, it became clear that neutrality was no protection. Frantically the Dutch started to prepare for war. 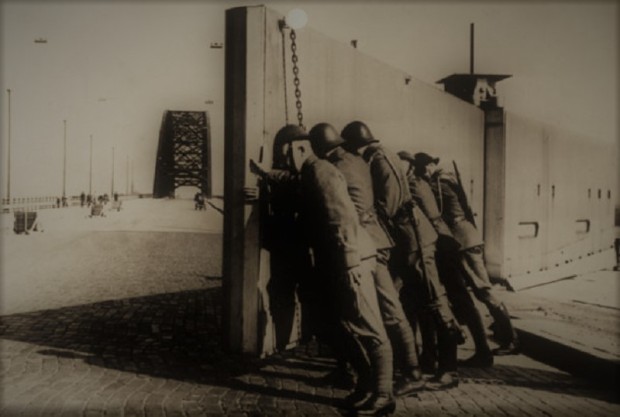 On the th of  May 1940, the Vatican advised the Dutch envoy to the Vatican that the Germans planned to invade France through the low countries. With the blessing of the Pope, the Vatican sent a coded radio message to its nuncios in Brussels and The Hague. The messages were intercepted by the Nazis.

The Dutch didn’t stand a chance against the overwhelming power of the German army.

Hours before dawn on the 10th of May, the Luftwaffe swept over the Netherlands, bombing the defenses around key targets. Around 4:30 AM, more planes followed, dropping paratroopers.

An attack on The Hague was a failure. Paratroopers tried to capture the city and its airfield but were defeated by the Dutch defenders. This prevented the Germans from landing planes full of troops there.

Germany had commenced operation Fall Gelb and attacked the Netherlands, without a declaration of war given before hostilities.

The Dutch army gave a good fight but after  the devastating bombing of Rotterdam by the Luftwaffe on 14 May, the Germans threatened to bomb other Dutch cities if the Dutch forces refused to surrender. The General Staff knew it could not stop the bombers and ordered the Dutch army to cease hostilities.

It was also deemed essential that Queen Wilhelmina be brought to safety; she left around noon from Hoek van Holland, where a British Irish Guards battalion was present, on HMS Hereward, a British destroyer, but the presence of   sea mines made it too dangerous to try to reach Zealand, she therefore went to England. 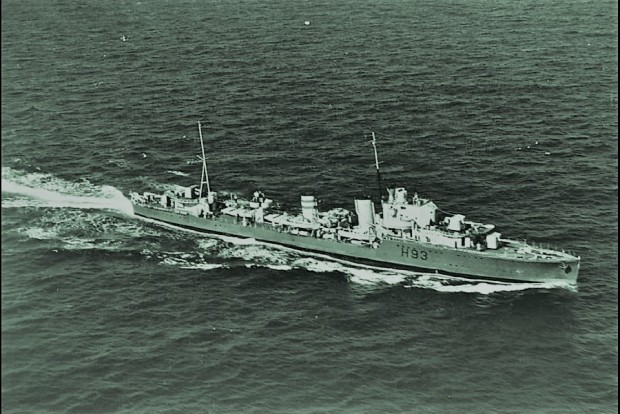 At 05:00 on 15 May a German messenger reached The Hague, inviting Winkelman, the Commander-in-chief of the Armed forces of the Netherlands,to Rijsoord for a meeting with von Küchler to negotiate the articles of a written capitulation document. Both quickly agreed on most conditions, Winkelman declaring to have surrendered army, naval and air forces. 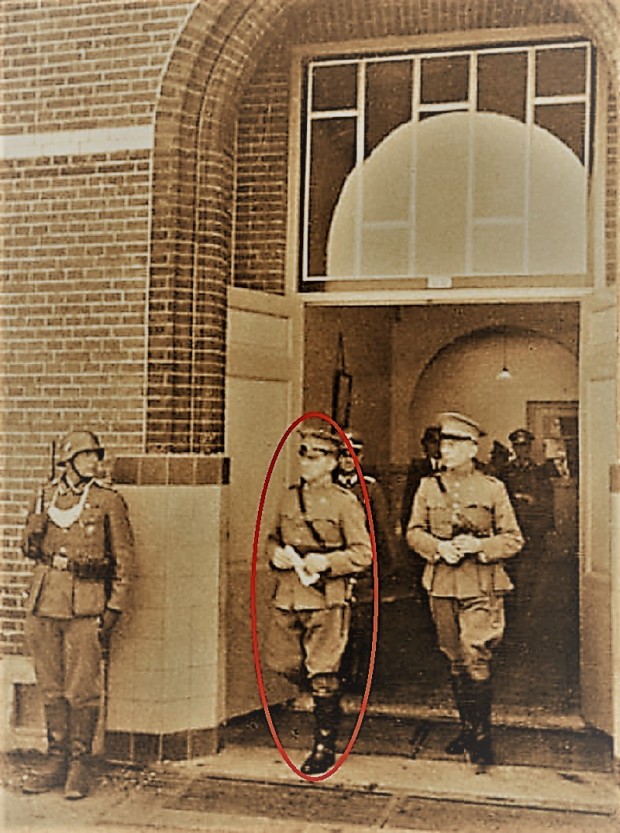 Below some photographic impressions of the 10th of May 1940 and the aftermath of what would be the biggest shock to the Netheralnds.

Two downed German luftwaffe planes.One plane is at the side of the road, the other one at the back of the road. 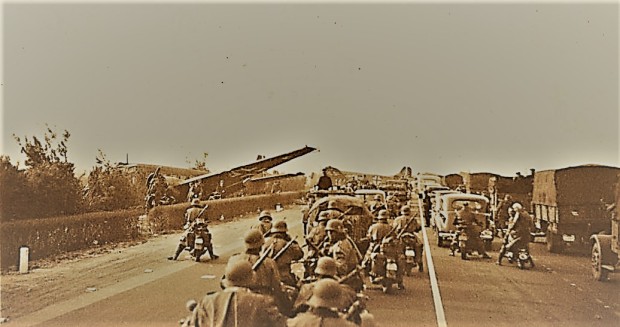 A German Wehrmacht soldier taking position on the top of the ‘steenberg'(stone mountain) of the Sates mine Maurits in Geleen,shortly after the Germans had crossed the border on May 10.

Members of a German Propaganda division in Rotterdam May 14,1940.