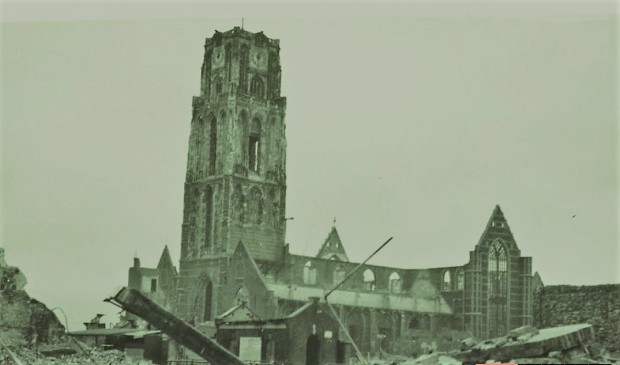 I can’t deny the fact that the Dutch could have done more during WWII, and esepcially in relation to helping their Jewish fellow citizens.

But on the other hand it is easy for me to judge because I was never put in a situation where I had to choose between aiding a neighbor with a good chance of being harshly punished for it , or turning a blind eye.

There were however times where the Dutch openly spoke out against their occupiers, and as an unintended consequence, at least I believe it was, it brought the several Christian communities together.

Below is an English translation of a letter signed by the majority of all the Dutch churches which was published as a collective protest against the treatment of the country’s Jews:

“The undersigned Dutch Churches, already deeply shocked by the measures against the Jews in the Netherlands, which exclude them from participation in normal public life, were horrified to learn of new measures under which men, women, and children and entire families shall be deported to Reich territory and territories under Reich control. The suffering that this will inflict on tens of thousands, the knowledge that these measures are repugnant to the deepest moral consciousness of the Dutch people, and, above all, the violation inherent in these measures of the law and justice laid down by God, compel the Churches to address to you the most urgent plea not to implement these measures.

On behalf of the Christians among the Jews this urgent plea is enjoined on us by the additional consideration that by these measures they will be cut off from participation in the life of the Church.

The Archbishop and Bishops of the Roman Catholic Church in the Netherlands;

The Calvinist Churches in the Netherlands;

The Old Reformed Church in the Netherlands;

The Reformed Sect in the Netherlands;

The Evangelist Lutheran Church in the Netherlands;

The New Evangelist Lutheran Church in the Kingdom of the Netherlands.””

I am not sure when the letter was published but it must have been late 1940 or early 1941. It is good to note that any form of protest could lead to the death penalty.

Protest of the Dutch Churches, during World War II, quoted in The Yellow Star: The Persecution of the Jews in Europe, 1933-1945, by Gerhard Schoenberner, at page 132. Online, courtesy Google Books.