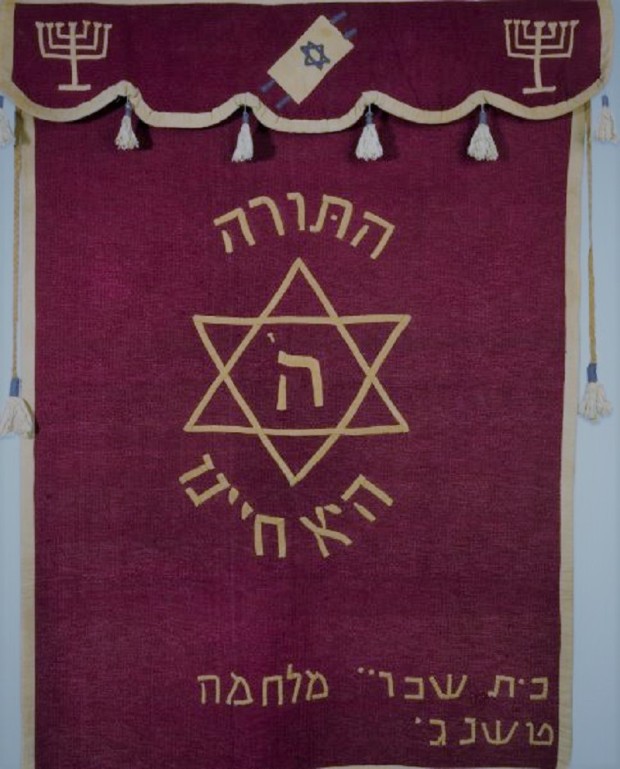 Rabbi Chaim Nussbaum was born in Lithuania but grew up in Scheveningen in the Netherlands. His story in World War 2 is remarkable, some people just have a very strong life force.

After he got married he returned, together with his wife, to his country of origin, Lithuania. When the Nazis invaded Lithuania in 1941, he managed to escape with his family.

In 1943, the Japanese occupiers of the Dutch East Indies imprisoned him in the Changi Prisoner of War Camp in Eastern Singapore.

There he was forced into slave labor on the notorious Burma Railway. Chaim also took up a role as the Rabbi for the Jewish prisoners in the camp and even established a synagogue there named Ohel Jacob.

A fellow prisoner, Bert Besser, made this tapestry, which was to function as a curtain for that synagogue’s Holy Ark, which stored the Torah scrolls. 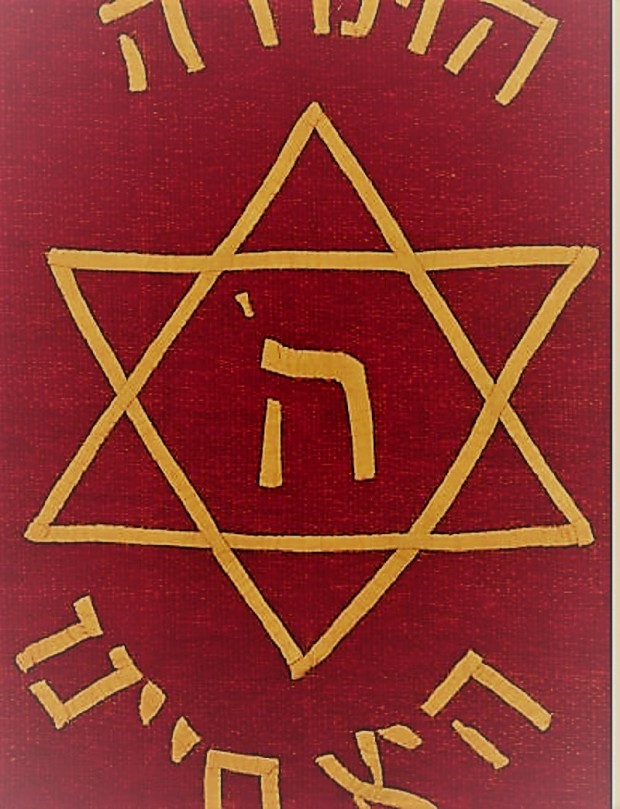 The text on the curtain says, “The Torah is Our Life” and “House of Worship of POWs, Changi.” Chaim Nussbaum survived the war. After his liberation, he moved to Canada.