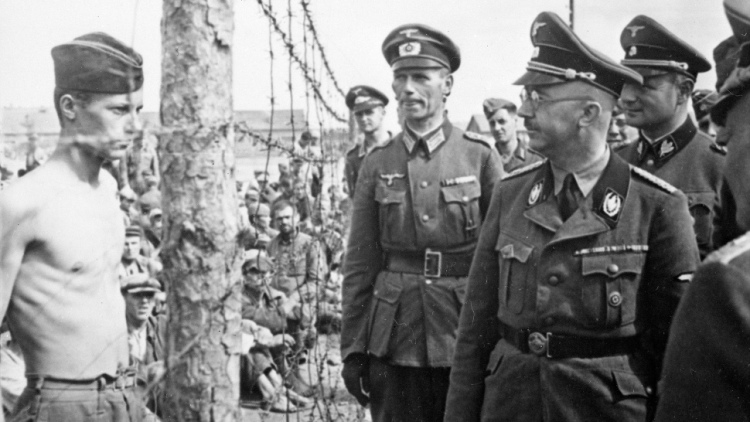 In 1945 disillusioned Himmler believed victory had slipped from Germany’s grasp and secretly attempted to start peace negotiations with Eisenhower in a bid to escape a war crimes trial. But Eisenhower refused to have anything to do with Himmler. A furious Hitler declared Himmler a traitor, stripped him of his powers and expelled him from the Nazi Party.

Rejected by his former comrades and hunted by the Allies, Himmler attempted to go into hiding. He disguised himself by shaving off his mustache, wearing an eye patch over his left eye and carrying false identity papers under the name of Sergeant Heinrich Hitzinger. With a small band of companions, he headed south on 11 May to Friedrichskoog, without a final destination in mind. They continued on to Neuhaus, where the group split up. On 21 May, Himmler and two aides were stopped and detained at a checkpoint set up by former Soviet prisoners of war. Over the following two days, he was moved around to several camps and was brought to the British 31st Civilian Interrogation Camp near Lüneburg, on 23 May.

The duty officer, Captain Thomas Selvester, began a routine interrogation. Himmler admitted who he was, and Selvester had the prisoner searched. Himmler was taken to the headquarters of the Second British Army in Lüneburg, where doctor Wells conducted a medical exam on him. When the doctor saw a dark object in a gap in Himmler’s lower jaw, he ordered him to come closer to the light and tried to remove the glass capsule. Suddenly Himmler bit on the cyanide capsule and at the doctor’s fingers. Himmler fell to the ground and someone shouted “The bastard beats us!”. 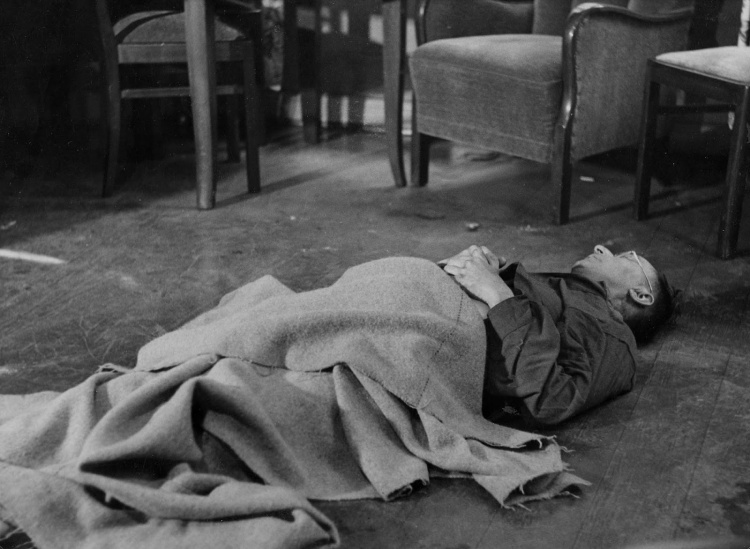 The smell of prussic acid spread through the room. “We immediately upended the old bastard and got his mouth into the bowl of water which was there to wash the poison out”, noted Major Whittaker in his diary. “There were terrible groans and grunts coming from the swine”. Himmler’s tongue was secured in an attempt to prevent him from swallowing the poison.

Doctor Wells tried resuscitation but it was in vain. He was dead within 15 minutes. At least one death mask of Himmler was taken. On 25 May an autopsy was conducted, the teeth configuration compared, and the brain and part of his skeleton removed. Shortly afterward, Himmler’s body was buried in an unmarked grave near Lüneburg. The grave’s location remains unknown.