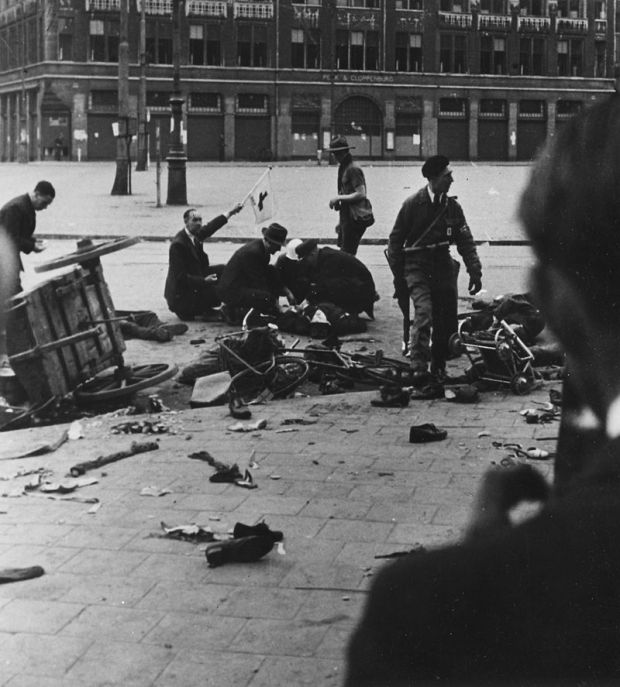 On 7 May 1945, three days after German capitulation, thousands of Dutch people were waiting for Canadian troops to arrive on the Dam square in Amsterdam. In the Grote Club, on the corner of the Kalverstraat and the Paleisstraat, members of the Kriegsmarine watched as the crowd below their balcony grew and people danced and cheered.

The Germans then placed a machine gun on the balcony and started shooting into the crowds. The motives behind the shooting have remained unclear; the Germans were drunk and possibly angered because contrary to previous agreement Dutch police had arrested members of the German military.

The shooting finally came to an end after a member of the resistance climbed into the tower of the royal palace and started shooting onto the balcony and into the club. At that moment, a German officer together with a Resistance commander found their way into the club and convinced the men to surrender. At the brink of peace, 120 people were badly injured and 22 pronounced dead. 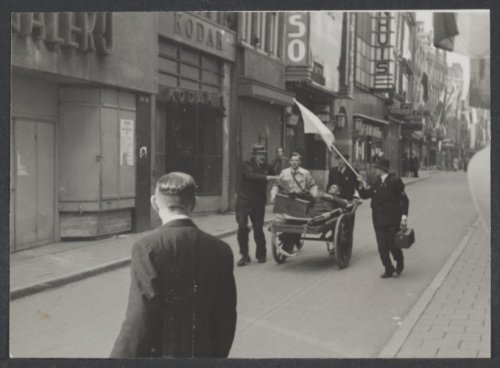 In 2013, evidence was brought to light that suggested the number may have been higher: possibly 33 people died, and there were 10 more unconfirmed possible victims.

On May 9th1945 the German soldiers were rounded up by the Canadians from the Grote Club and transported to Germany. The motive behind the shooting was never been investigated and the perpetrators were never been prosecuted.