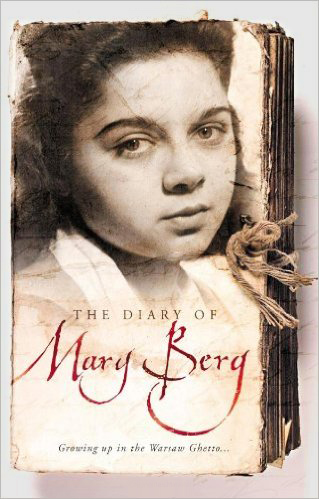 Mary Berg lived in the Warsaw Ghetto, but her situation was very unusual. Though she was born in Poland, her mother was an American, so her ultimate fate was different from most of her neighbors. Jews with American citizenship could possibly be exchanged for German prisoners of war, so they had a unique value to their captors. While 300,000 of her fellow Jews were deported to their deaths, she and her family were held in Pawiak Prison, pending the transfer that would eventually bring them to the U.S.

From a window, she could see the columns of people heading down the street to the trains that would take them to Treblinka. She later wrote, “We, who have been rescued from the ghetto, are ashamed to look at each other. Had we the right to save ourselves? Here everything smells of sun and flowers and there—there is only blood, the blood of my own people.” 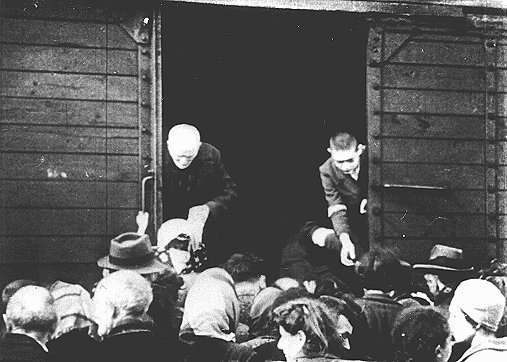 Mary lived in the Warsaw Ghetto for almost two years. Although she came from a wealthy, privileged family, she was a sensitive observer who recorded the terrible ordeal of life in the ghetto with true feeling for her fellow sufferers, especially for those who were less fortunate.

This took a psychological toll on her, even invading her dreams.  On July 10th, 1941 she wrote, “I am full of dire forebodings. During the last few nights, I have had terrible nightmares. I saw Warsaw drowning in blood; together with my sisters and my parents, I walked over prostrate corpses. I wanted to flee, but could not, and awoke in a cold sweat, terrified and exhausted. The golden sun and the blue sky only irritate my shaken nerves.”

In January 1943, her family was sent to an internment camp in France, where they awaited a prisoner exchange that would allow them to flee. Their journey to freedom began March 1, 1944, when they boarded a train for Lisbon. There, they boarded the ocean liner SS Gripsholm for the voyage to America. Her memoir, Warsaw Ghetto, describes her years in Pawiak.She arrived in the United States in March 1944, at the age of 19. Her memoir was serialized in American newspapers in 1944, making it one of the earliest accounts of the Holocaust to be written in English, Published under the penname “Mary Berg”

Mary was not guilty for wanting to live, but she undoubtedly felt compromised by the struggle to survive. Freedom did not entirely lift this burden, but she believed that her ghetto diary/memoir might do some good for others. When she arrived in the U.S. in 1944, some of Europe’s Jews were still alive. Saving them might be possible, but only if their plight was publicized. This was her motivation for helping to get her account published. In the end, she became uncomfortable with the celebrity that accompanied her book, and she dropped out of public view.