13,000 Jews were killed in the ghetto during the uprising (some 6,000 among them were burnt alive or died from smoke inhalation). Or died trying to escape the fire, in the picture below you can see a man jumping out of the window from a multi-story building.

Of the remaining 50,000 residents, most were captured and shipped to concentration and extermination camps, in particular to Treblinka.

“180 Jews, bandits and sub-humans, were destroyed. The former Jewish quarter of Warsaw is no longer in existence. The large-scale action was terminated at 20:15 hours by blowing up the Warsaw Synagogue. … Total number of Jews dealt with 56,065, including both Jews caught and Jews whose extermination can be proved. … Apart from 8 buildings (police barracks, hospital, and accommodations for housing working-parties) the former Ghetto is completely destroyed. Only the dividing walls are left standing where no explosions were carried out.” 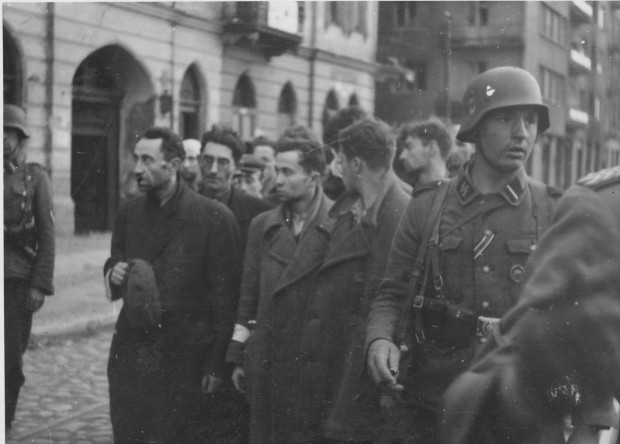 Stroop’s report is one of the most disturbing pieces of reporting of the Holocaust. It is just so ‘matter of fact’ as if they are minutes of meetings or reports of an ordinary working day, rather then committing mass executions and genocide. If the title of the report “There is no more Jewish residential district in Warsaw”

But because of the detailed description of the actions taken in the report it became a blessing in disguise,for lack of a better word. there were 4 copies but only 2 were discovered after the war, Both copies were introduced as evidence at the International Military Tribunal in Nuremberg, sharing the document number 1061-PS, and used in the trial as “US Exhibit 275”

The assistant prosecutor dealing with the persecution of the Jews referred to it as “the finest example of ornate German craftsmanship, leather bound, profusely illustrated, typed on heavy bond paper … the almost unbelievable recital of the proud accomplishment by Major General of Police Stroop.

Although they must have been aware they had little or no chance of succeeding the people in the Warsaw ghetto said “enough is enough” and decided to act and paid a heavy price for that action. But they did it with their heads held up high, Let us never forget the heroes of Warsaw. 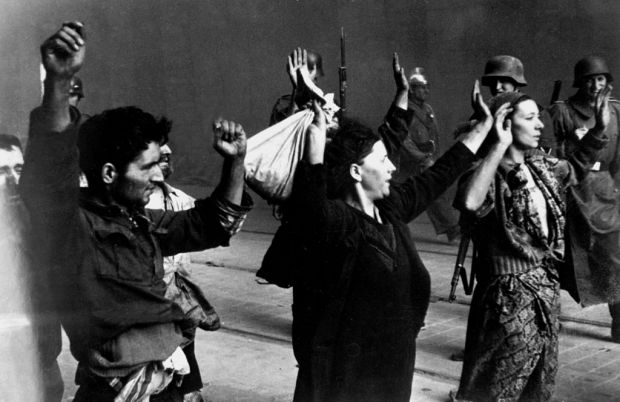