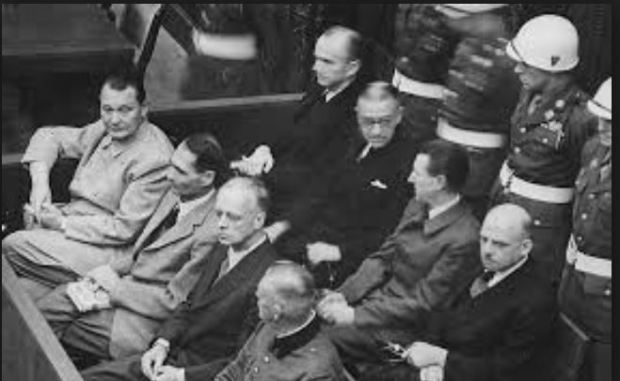 So many involved in the Nazi atrocities did get off so lightly or escaped punishment altogether. How the judges in the war crimes trials came to some of the sentences or lack thereof has always been a puzzle to me.

Additionally there were also many how fled to countries where they knew they would face little or no chance of ever being extradited.Others took the easy way out by killing themselves. 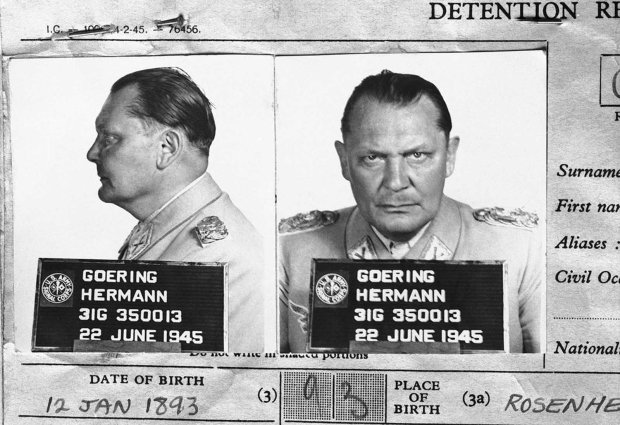 In my opinion, and I want emphasize the fact that it is my opinion, there could have only been one sentence, the death sentence. Regardless what their rank or involvement was, if they knew about the atrocities, and all of them did, they were either actively involved in the killings or were complacent,either way they were responsible.

I have heard the argument that some of them had no choice. But there is always a choice, and if you can’t make that choice then you have to face the consequences of your actions or inaction.

However there were some who did get what they deserved below are examples of just a few of them. 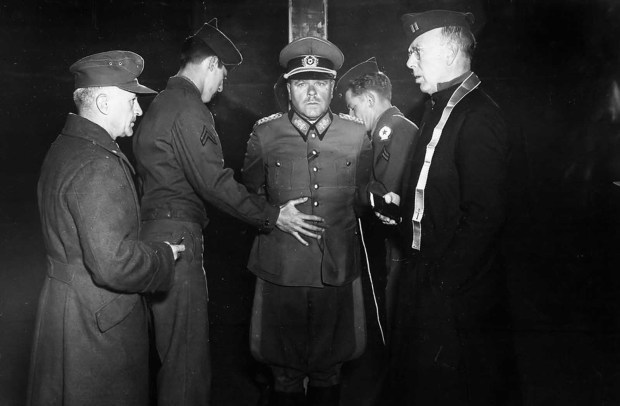 The General, Commander of the 75th Army Corps, was sentenced to death by an United States Military Commission in Rome for having ordered the shooting of 15 unarmed American prisoners of war, in La Spezia, Italy, on March 26. He was executed on December 1, 1945 by a firing squad in a stockade in Aversa, Italy. 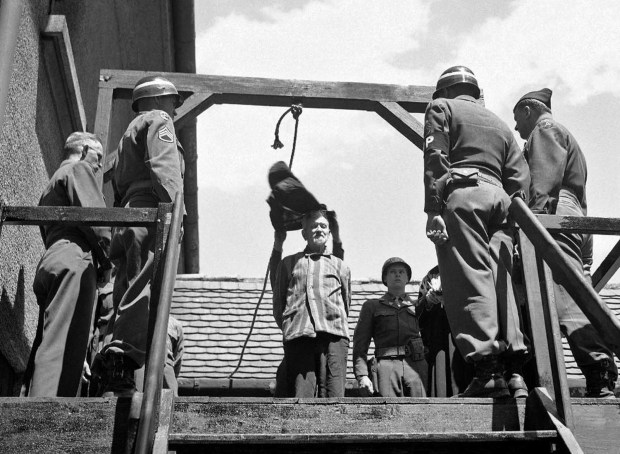 In the course of the Dachau Trials following the liberation of the camp at the close of the war, Schilling was tried by a U.S. General Military Court, appointed at November 2 1945. He was convicted of using 1,200 concentration camp prisoners for malaria experimentation. Thirty died directly from the inoculations and 300 to 400 died later from complications of the disease. His experiments, all with unwilling subjects, began in 1942.The tribunal sentenced Schilling to death by hanging on 13 December 1945. His execution took place at Landsberg Prison in Landsberg am Lech on 28 May 1946. 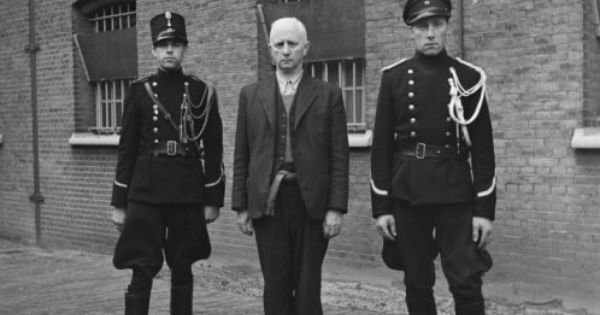 Max Blokzijl was a Dutch singer and journalist. Following the German occupation of the Netherlands Blokzijl was executed for his collaboration with Nazi Germany.

Blokzijl  was the effective head of the  Nazi controlled press in the Netherlands. He also broadcast pro-Nazi shows on Radio Hilversum which were particularly noted for the strength of their anti-British sentiment.

On 16 March 1946 Blokzijl became the first Dutch collaborator to be executed, by firing squad in Scheveningen.

Three of the 19 camp guards tried and convicted by a general military court at Dachau for atrocities committed at Mauthasen. 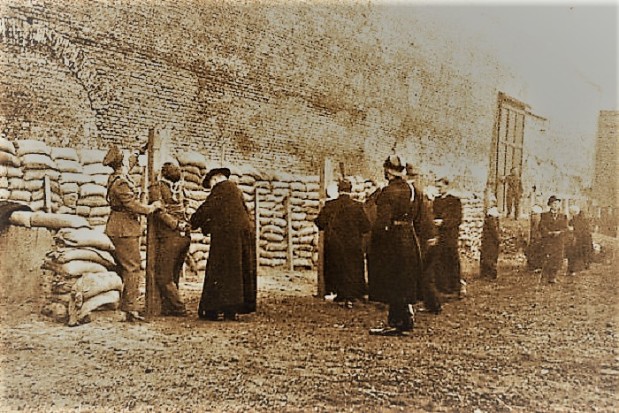 Ans van Dijk  was a Dutch-Jewish collaborator who betrayed Jews to Nazi Germany during World War II. She was the only Dutch woman to be executed for her wartime activities.

On 14 January 1948 she was executed by firing squad at Fort Bijlmer in the then municipality Weesperkarspel (now the Bijlmermeer municipality of Amsterdam). The night before her execution she was baptized and joined the Roman Catholic Church. 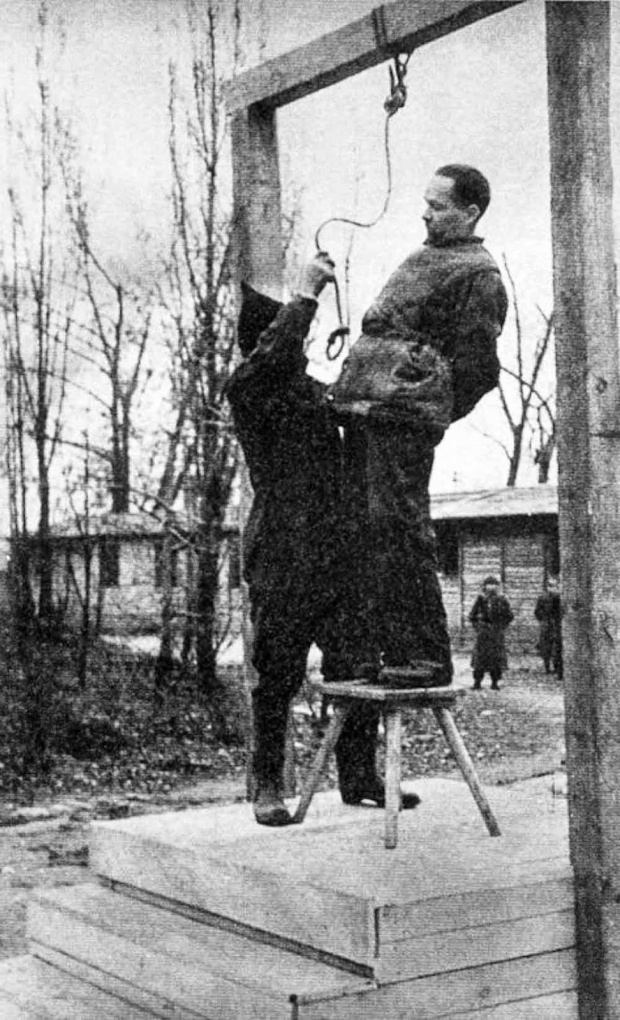 During his trial in Poland, although he never  denied that he had committed crimes, he claimed that he had only been following orders. He knew exactly what  fate  awaited him. To the end, Hoess contended that, at the most, a million and a half people had died at Auschwitz, not 5 or 6 million. He he requested the court’s permission to send his wedding ring to his wife,at the end of the trial. Hoess was sentenced to death by hanging on 2 April 1947. The sentence was carried out on 16 April immediately adjacent to the crematorium of the former Auschwitz I concentration camp. The gallows constructed specifically for that purpose, at the location of the camp Gestapo.