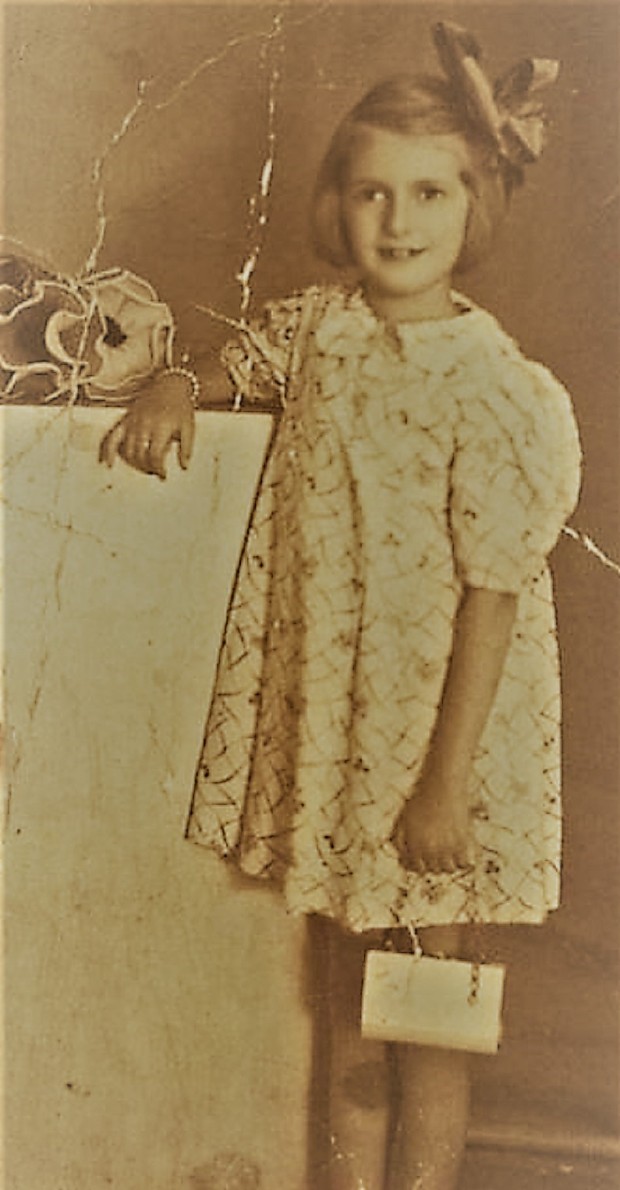 Helene Wegbrejt it is just a random name

She lived in Paris. She was French and Jewish.  Her birthday was September 16,1930. She would have been 89 today,but she didn’t even get to age 12. She was murdered in August 1942 in Auschwitz.

She was one of many on Transport 20 from Pithiviers to Auschwitz which left on August 17, 1942.

Helene Wegbrejt just a random name but not a random girl. She was a young lady who had a bright future ahead of her as an actress or teacher or just a mother and home maker but she was not allowed to become any of this.

Her murder may have seen random but it was not, It was a deliberate plan to erase a group of people who did not fit in the warped Nazi ideology.

Helene Wegbrejt was only 11 when she died.

Seeing this beautiful child all dressed up which such a pride in her expression and a lovely smile just breaks my heart, to think that she could have been considered a threat. It just sickens me to the core.