Karl Josef Silberbauer (21 June 1911 – 2 September 1972) was an Austrian police officer, SS-Oberscharführer (staff sergeant), and undercover investigator for the West German Federal Intelligence Service. Silberbauer is best known, however, for his activities in Nazi-occupied Amsterdam during World War II. In 1963, Silberbauer, by then an Inspector in the Vienna police, was exposed as the commander of the 1944 Gestapo raid on the Secret Annex and the arrests of Anne Frank, her fellow fugitives, and their protectors 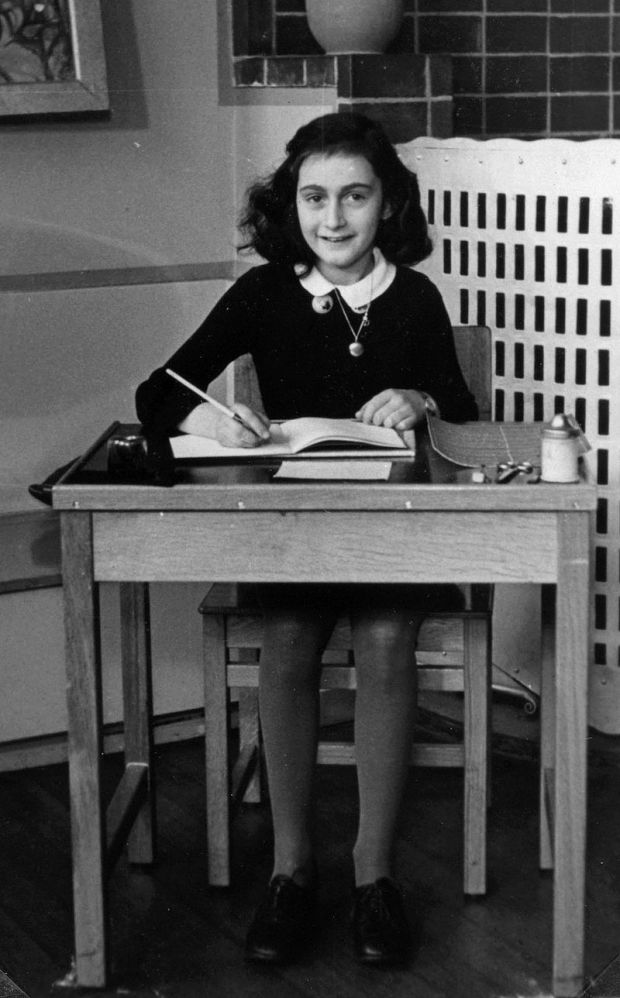 Born in Vienna, Silberbauer served in the Austrian military before following his father into the police force in 1935. Four years later, he joined the Gestapo, moved to the Netherlands, and in 1943 transferred to the Sicherheitsdienst in The Hague. He was then assigned to Amsterdam and attached to “Sektion IV B 4”, a unit recruited from Austrian and German police departments and which handled arrests of hidden Jews throughout the occupied Netherlands.

Silberbauer was employed directly by Eichmann and answered to him at Berlin’s infamous department IVB4, the headquarters of the programme to exterminate the Jews.

His job was to transfer non-Jews who helped Jews, those who sheltered English pilots and those who listened to the English radio to concentration camps.

Silberbauer was the officer in charge of the Gestapo squad which arrested the Frank family on 4 August, 1944. After the War, the Nazi hunter Simon Wiesenthal tracked down Silberbauer, who was working as police inspector in Vienna.

On 4 August 1944, Silberbauer was ordered by his superior, SS-Obersturmführer (lieutenant) Julius Dettmann, to investigate a tip-off that Jews were being hidden in the upstairs rooms at Prinsengracht 263.

He took a few Dutch policemen with him and interrogated Victor Kugler about the entrance to the hiding place. Miep Gies and Johannes Kleiman were also questioned, and while Kugler and Kleimann were arrested, Gies was allowed to stay on the premises. Both Otto Frank and Karl Silberbauer were interviewed after the war about the circumstances of the raid, with both describing Silberbauer’s surprise that those in hiding had been there more than two years. Frank recalled Silberbauer confiscating their valuables and money, taking these spoils away in Otto Frank’s briefcase, which he had emptied onto the floor scattering out the papers and notebooks which made up the diary of Anne Frank.

From there, the eight who had been in hiding were sent to the Westerbork transit camp and then to Auschwitz concentration camp. Soon after, Margo Frank and Anne Frank were sent to Bergen-Belsen, where they would die of typhus, three weeks before the camp was liberated by British forces. Victor Kugler and Jo Kleiman were sent to work camps. Of the ten, only Otto Frank, Kugler, and Kleiman survived. 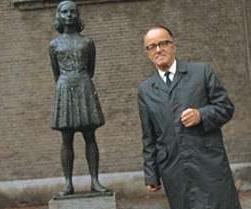 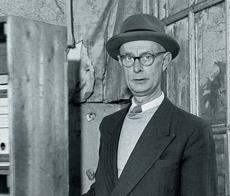 Silberbauer returned to Vienna in April 1945 and served a fourteen-month prison sentence for using excessive force against members of the Communist Party of Austria.After his release, Silberbauer was recruited by the West German Federal Intelligence Service (BND), and spent ten years as an undercover operative. According to Der Spiegel reporter Peter-Ferdinand Koch, who learned of his postwar activities while researching BND employment of former Nazis, Silberbauer infiltrated neo-Nazi and Pro-Soviet organizations in West Germany and Austria. His BND handlers believed, correctly, that Silberbauer’s past membership in the SS would blind neo-Nazis to his true loyalties.

Possibly due to BND pressure, Silberbauer was reinstated by the Viennese Kriminalpolizei (Kripo) in 1954, four years after the German publication of Anne Frank’s diary and was promoted to the rank of Inspektor.

He is quoted as saying of Anne Frank’s diary: “I bought the little book last week to see if I am in it. But I am not. Maybe I should have picked it up off the floor.”

Holocaust survivor and Nazi hunter Simon Wiesenthal began searching for Silberbauer in 1958, upon being challenged by Austrian Holocaust deniers to prove that Anne Frank actually existed. One Holocaust denier stated that, if Anne Frank’s arresting officer were found and admitted it, he would change his mind. 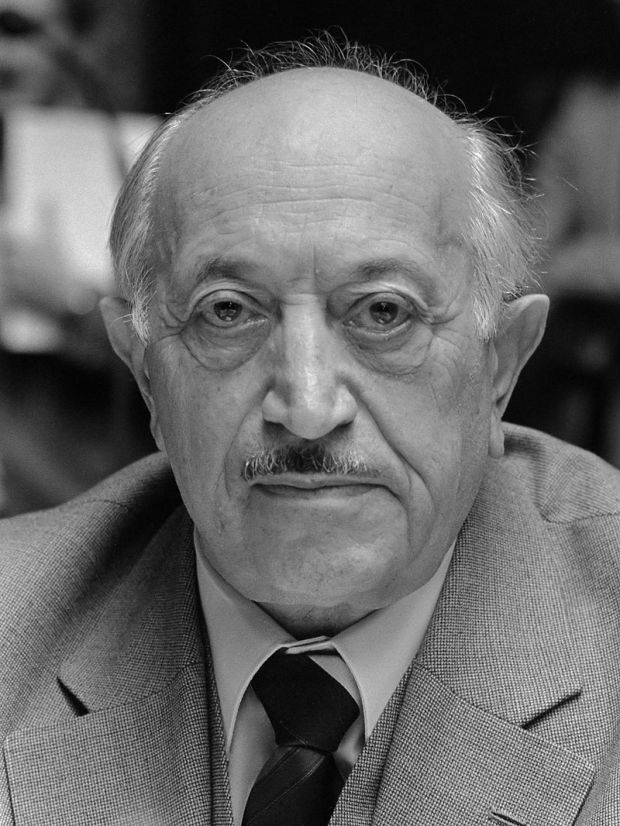 During the 1948 Dutch police investigation into the raid on the Secret Annex, Silberbauer’s name had been disclosed as “Silvernagel”. The Dutch police detectives who had assisted with the raid were identified by Miep Gies, who recalled their commander as having a working-class Vienna accent. 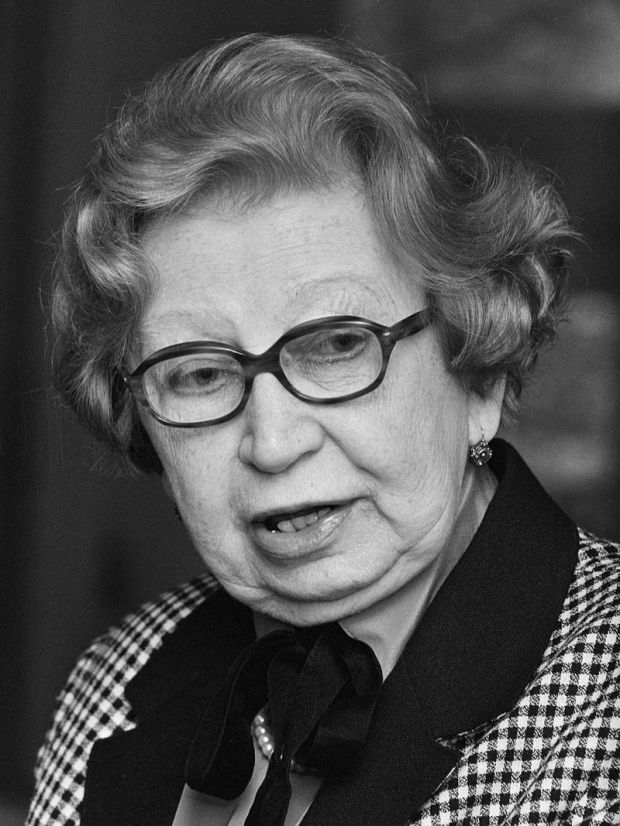 The Dutch policemen claimed to remember nothing except an erroneous form of their superior’s surname.

Wiesenthal considered contacting Anne’s father, Otto Frank, but learned that he was speaking out in favor of forgiveness and reconciliation. Otto Frank also believed that the person responsible for the denunciation to the Gestapo, not the arresting officers, bore the greatest responsibility. Wiesenthal, however, was determined to discredit the growing Holocaust denial movement and continued his search for “Silvernagel”. In late spring 1963, after ruling out numerous Austrians with similar names, Wiesenthal was loaned a wartime Gestapo telephone book by Dutch investigators. During a two-hour flight from Amsterdam to Vienna, Wiesenthal found the name “Silberbauer” listed as attached to “Sektion IV B 4” and could not wait for his plane to land.

Upon his arrival in Vienna, Wiesenthal immediately telephoned Dr. Josef Wiesinger, who investigated Nazi crimes for the Austrian Ministry of the Interior. Upon being told that Silberbauer might still be a policeman, Wiesinger insisted that there were “at least six men on the Vienna police force” with the same surname and demanded a written request. On 2 June 1963, Wiesenthal submitted a detailed request but was told for months that the Vienna police were not yet ready to release their findings.

When he had admitted his role in arresting Anne Frank, the department had been terrified of the bad press that would result from disclosing his past. Therefore, the Vienna police suspended Silberbauer from the Kripo without pay, ordered him to “keep his mouth shut”, about the reasons for his suspension. Instead, Silberbauer lamented his suspension and disclosed the reasons for it to a colleague. His fellow officer, a member of the Communist Party of Austria, immediately leaked the story to the Party’s official newspaper, who published it on 11 November 1963. After Izvestia praised “the detective work of the Austrian comrades”, an infuriated Wiesenthal leaked Silberbauer’s address to the Dutch media. When reporters descended upon Silberbauer’s Vienna home, the policeman freely admitted that he had arrested Anne Frank.

Silberbauer’s memories of the arrest were notably vivid – he in particular recalled Otto and Anne Frank. When he asked Otto Frank how long they had been in hiding, Frank answered, “Two years and one month.” Silberbauer was incredulous, until Otto stood Anne against the marks made on the wall to measure her height since they had arrived in the annex, showing that she had grown even since the last mark had been made. Silberbauer said that Anne “looked like the pictures in the books, but a little older, and prettier. ‘You have a lovely daughter’, I said to Mr. Frank”.

Although he disclosed what he knew, Silberbauer was unable to provide any information that could help further the Dutch police’s investigation into the Dutch collaborator who provided the tip. He explained that the call was taken by his commanding officer, SS Lieutenant Julius Dettmann, who said only that the information came from “a reliable source”. As Dettmann had committed suicide in a POW camp after the end of the war, the second investigation also hit a dead end.

Although the Austrian government stated that the arrest of Anne Frank “did not warrant Silberbauer’s arrest or prosecution as a war criminal”, the Vienna Police convened a disciplinary hearing. Among the witnesses was Otto Frank, who testified that Silberbauer had “only done his duty and behaved correctly” during the arrest. Otto Frank added, however, “The only thing I ask is not to have to see the man again.”

As a result, the police review board exonerated Silberbauer of any official guilt. His unpaid suspension was lifted and the Vienna police assigned him to a desk job in the “Identification Office”, or Erkennungsamt.

However ,Silberbauer,was not only responsible for ruining the lives of Anne Frank and her family but of hundreds of other Dutch people. 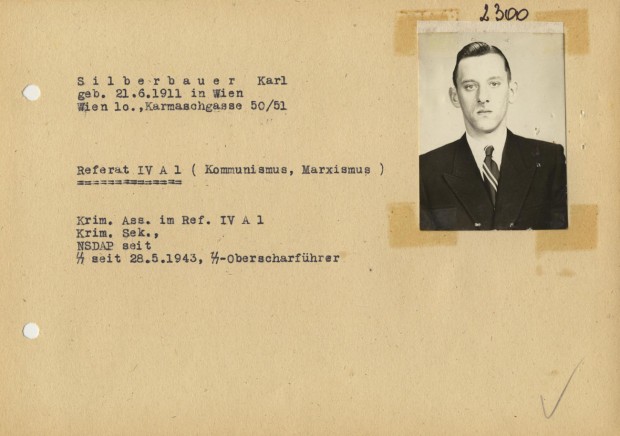