Only the good die young all the evil seem to live forever are lyrics from an Iron Maiden song. For many years I thought this to be true for I saw so many evil men living a long life, however luckily I was wrong in that assumption. Sometimes good men do live a long life, like Johan van Hulst who died on 22 March,2018 aged 107.

He was a key player  of a  network that helped at least 600 Dutch babies and children escape the Nazis.Those children survived thanks to carefully orchestrated operations that smuggled them away right in front of the Nazis seeking to send them to concentration camps.

In 1942, two years after the German invasion of the Netherlands, Johan van Hulst – the son of a furniture upholsterer-was the director of the Reformed Teacher Training College, a Protestant religious seminary at Plantage Middenlaan 27, Amsterdam.

Across the street at Plantage Middenlaan 24 was the Hollandse Schouwburg theatre, the main clearing site for the Jews living in Amsterdam who had been issued deportation notices by the Nazi government.

While the records of those detained there are no longer available, historians believe about 46,000 people were deported from the old theatre over about 18 months up to the end of 1943.

Children who arrived at the Schouwburg with their families were separated and sent to the neighbouring nursery at Plantage Middenlaan 31 run by Henriëtte Pimentel. Who was  brought up in a well-to-do Portuguese-Jewish family.

The nursery shared a back garden with the college that van Hulst directed.

The deportation centre’s administrator was a German-Jewish man named Walter Süskind, entrusted to run the centre by Nazis who disregarded his Jewish heritage. 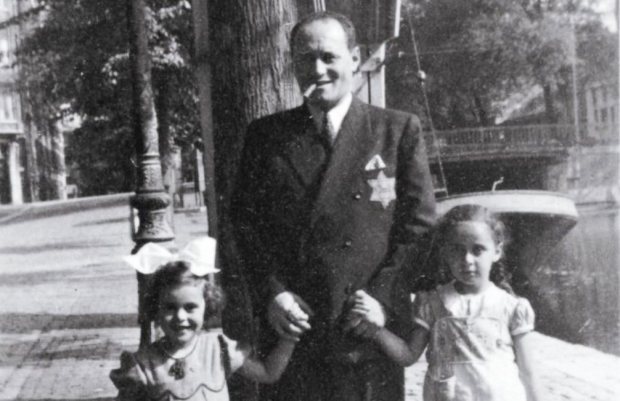 Soon after starting his work there however, he noticed that it was easy to help people escape.His close relationship with the German authorities helped him in his activities to help children escape. He especially tried to get close with the SS officer Ferdinand aus der Fünten, who was then the second man of the Central Office for Jewish Emigration in Amsterdam. He falsified arrival numbers, claiming for example that 60 people instead of 75 had arrived on a particular day, and then letting 15 people escape.

His task became easier when, in early 1943, the Nazis took over a crèche across the road from the theatre – and next door to Van Hulst’s school – to place Jewish children before deporting them to concentration camps.

Süskind joined forces with the head of the nursery, Henriëtte Pimentel, sneaking children to safety when a tram passed in front of the nursery.

Working with Pimentel, Süskind and dozens of other volunteers, van Hulst arranged for the children to be spirited over the hedge separating the neighbouring back yards of the nursery and the teachers’ college, often assisted by the teachers-in-training or local university students.When the time came to move the rescued children and babies away from the school, they would be hidden in containers such as bags, sacks or laundry baskets.Numerous methods were used to move the hidden children from the school. In one method, the operation’s helpers would then wait for the moment a tram passed, blocking the view of Nazi guards at the facing Hollandsche Schouwberg, to cycle away with the hidden child.

The operation came to a halt on September 29, 1943 when the Nazis sent Pimental and 100 children from the nursery to Nazi concentration camps.[6] Decades later, van Hulst described the days preceding the closure to Yad Vashem: “Now try to imagine 80, 90, perhaps 70 or 100 children standing there, and you have to decide which children to take with you. … That was the most difficult day of my life. … You know for a fact that the children you leave behind are going to die. I took 12 with me. Later on I asked myself: ‘Why not 13?'”

In total, the operation had rescued about 600 Jewish babies and children.The punishment for aiding Jews was death.

Van Hulst received the Yad Vashem Distinction in 1970.[11] During a state visit to Israel in 2012, prime minister Benjamin Netanyahu said of van Hulst “We say, those who save one life saves a universe. You saved hundreds of universes. I want to thank you in the name of the Jewish people, but also in the name of humanity. 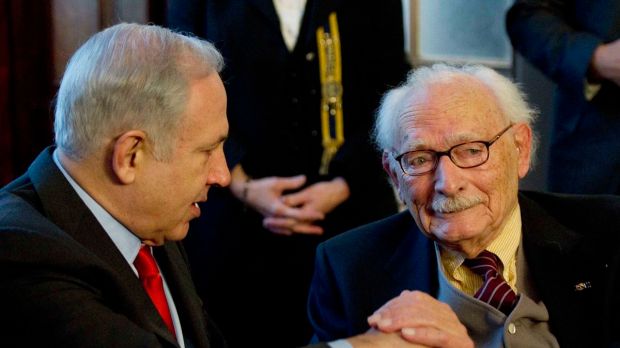 For all the attention he later received for his success at saving lives, Dr. van Hulst said he was traumatized by memories of those he could not rescue.Some of the children Johan van Hulst helped rescue were so young that they no longer remember the daring acts that saved their lives. 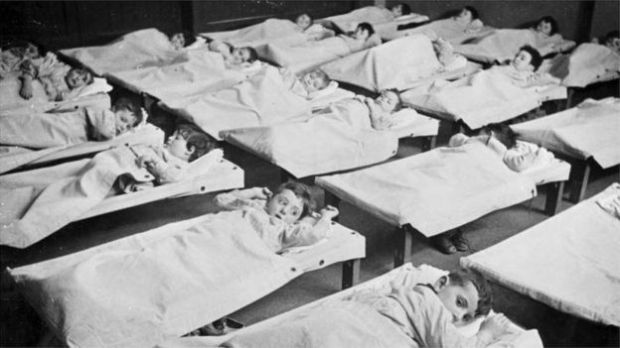 Special thanks to Norman Stone and Melody Ziff for reminding me of this Hero.