Segundo Jorge Adelberto Ecury, better known as Boy, was born in Oranjestad, Aruba on April 23, 1922. He was an Aruban-Dutch resistance fighter in the Netherlands during the Second World War.

He was born in Oranjestad, Aruba, an island of the Dutch Antilles. 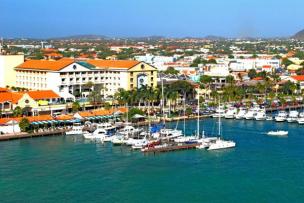 His given name was Segundo Jorge Adelberto Ecury. But he went by the nickname Boy and it is by that name that he is remembered.

Ecury, was born the seventh of thirteen children from a Catholic family as the son of a wealthy businessman Dundun Ecury. He went from high school here to the Netherlands in 1937, where he graduated in trade education at the boarding school St. Louis Institute in Oudenbosch.

Being confronted early with violence, misery, domination and discrimination it led him on to be active in the resistance at the beginning of the war. Initially with his best friend, Luis de Lannoy, a fellow student from Curaçao and later Delfincio Navarro joined them. Luis was a part of a student resistance group, and was the one to introduce Boy into the fight for freedom. They communicated through letters written in Papiamento planning out several acts of sabotage.

The group carried out sabotage operations, planting bombs on German trucks and roads. Members of the underground movements also went out of their way to help injured allied troops and civilians who needed help.

Ecury sometimes went along and helped out on covert operations and later became a member of the Resistance Council in Oisterwijk. Like his resistance colleagues, Ecury had to live a life in hiding, and lived in various places around The Netherlands, working on a number of dangerous missions.

Some members betrayed their colleagues, and many of them were captured by the Nazis, including Luis, who was arrested, imprisoned and tortured in Utrecht. Ecury tried, but was unsuccessful in his attempts to free his friend. Luis later managed to escape

In 1942 Tilburg started to be unsafe for someone as dark-skinned as Boy, and hiding was the only option. Boy had traveled to different addresses for instance to Oisterwijk, Delft and Rotterdam and joined a resistance group in Oisterwijk. He kept contact with Luis by sending letters whenever he was able. Along with his fellow rebels, Boy continued to sabotage the Axis army in any way they could. They would rip up railroad tracks, and make bombs to blow up the German vehicles and equipment. The men of the resistance council would also aid and protect any allied pilots and soldiers they encountered, along with victims of the Nazi’s

After Boy returned to Oisterwijk, it was clear that his dark skin was drawing too much attention, so he returned to Tilburg in October of 1944 as the allied army approached. Later that month the allied forces fought their way into Oisterwijk regaining control of the city. Boy could have joined his friends in liberation, but decided he would rather stay in the occupied territories to aid the struggle for freedom.

On 5 November 1944,after visiting the H. Elizabeth Parochie in Rotterdam,Boy  was arrested and taken to the Scheveningen prison.He had been betrayed by his ‘friend’ Kees Bitter.

Bitter had also betrayed Frits Ruys and Marijke Zwagerman 2 other fellow resistance fighters. He had been working undercover for the SD  probably since August 1942 after he had been arrested by the SD. He was executed by the resistance on the 5th of January 1945. Initially they used chloroform and a cyanide injection but these didn’t work so they decided to shoot him twice in the head.

On 5 November 1944, Ecury, was arrested and taken to the Scheveningen prison. was interrogated and tortured but refused to betray his friends. On the following day he was executed by a German firing squad at Waalsdorp a field next to the prison.

In 1947 his remains was reburied with military honors in Aruba

His father brought his son’s body back from the Netherlands and in 1947 he was given a funeral with military honors. Two years later a statue of the local hero was erected in the town and still stands today.

He is also the subject of an exhibition in the town’s war museum and his former family home houses the Archaeological Museum. 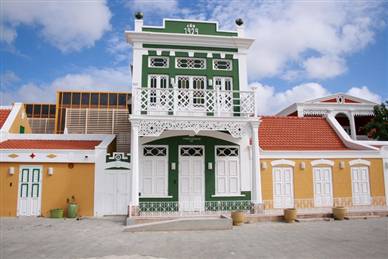 The Dutch government also awarded Boy with a Resistance Commemorative Cross in 1984 for the way he aided the war effort. (below a picture of such a cross, although there are several other versions I am confident this would the version he received)

Boy Ecury and his father’s quest for the truth about his son’s last years were subject of the 2003 movie Boy Ecury by Dutch film director Frans Weisz. Who made the movie with help from Ted Schouten one of Boy Ercury’s nephews. 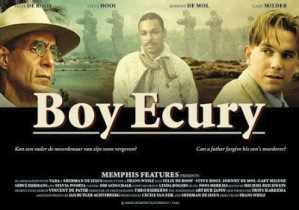