Chased by youth armed with clubs, this woman is fleeing from a “death dealer” whose left leg can be seen at the left-hand edge of the photograph. The Lviv pogroms were the consecutive massacres of Jews living in the city of Lwów (now Lviv, Ukraine), perpetrated by Ukrainian nationalists from 30 June to 2 July 1941, and from 25 to 29 July 1941, during the Wehrmacht’s attack on Soviet-occupied eastern Poland in World War II.

One of the youths (on the right in the picture above) doesn’t appear to be older then 12 or 13. Was this child evil or was he brainwashed and following a mob rule? 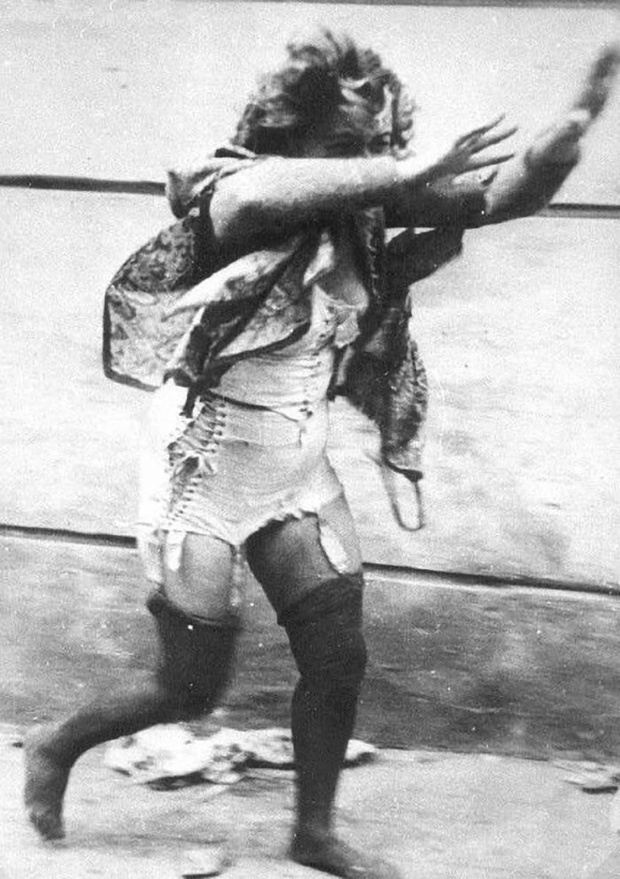