Europe was hit by yet an awful terror attack and my thoughts and prayers go out to the victims and their families.

It is only going to be a matter of time before the loony left,neo liberals  and the far right will be spouting their theories on who and what is to blame.On the one side we will have the claims of the ‘poor disenfranchised youth’ and the other side we’ll have ‘all muslims are terrorists’ and both will point the finger to the current refugee crisis.

But lets look at some facts.

Yes there is an issue with the management of the current refugee crisis. 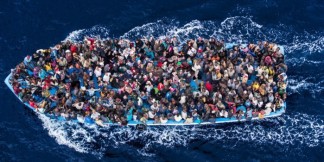 Refugees wait at the Macedonian-Greek border near the town of Gevgelija, on August 22, 2015. Some 2,000 mostly-Syrian refugees spent a rainy night stranded in no-man’s land between Greece and Macedonia as hundreds more began arriving on August 22, on their way to western Europe. The refugees and migrants, who have been there since August 20 spent the night sleeping on the ground despite heavy rain and temperatures which fell sharply during the night. Army troops were deployed throughout the forested hills which line the 50-kilometre (30-mile) border, army spokesman colonel Mirce Gjorgoski told AFP, giving no further details. ROBERT ATANASOVSKI/AFP/Getty Images

The irony is that the one world leader who actually was willing to do something about this, inadvertently caused the opposite effect.I have great respect for Angela Merkel but in her naivety she has caused this crisis to happen. I know she did it with the best of intentions and it was very noble but it wasn’t thought through.

It is a fact that when you invite everyone to come there is a big chance that that is exactly what will happen. Add the fact that Europe’s borders are a bit like an Emmenthal cheese,full of holes, you are inviting disaster.

This became very evident to me after watching an RTE documentary called ‘the Crossing’ about the refugee rescue efforts of the Irish Naval ship the LE Samuel Beckett in the the Mediterranean. 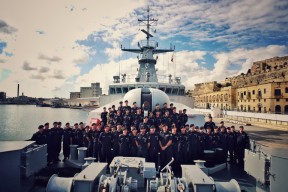 Most of the  rescued refugees said they wanted to go to Germany. In fact the smugglers had used Merkel’s open welcome, the smugglers had given some  of the refugees, the false promise  that once they got to Germany they would get free accommodation and a limitless credit card.

If you invite people to come without any proper vetting facilities being in place ,you take the risk that you also invite lunatics with a major chip on their shoulder.

On the other hand some of the worst terror attacks in the west were perpetrated long before the current refugee crisis.

Before people start blaming all religions of all evil ever committed in history,yes there are Muslim terrorists. But there are also Christian terrorist,Pagan Terrorist,Atheist terrorists and Animal Right terrorists, and even anti racism terrorists. Or as I like to call them “Lunatics with a warped sense of entitlement and disturbed political agendas”

Below are a few examples.

His religion is a Pagan religion called Odinism, although he had been a Christian before.He killed 77 in Norway on the 22nd of July 2011, this was also before the current refugee crisis. 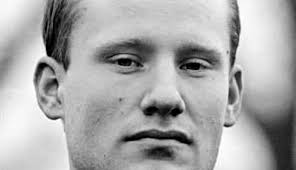 is a Dutch convicted murderer who assassinated politician Pim Fortuyn, the leader of the Pim Fortuyn List (LPF), on 6 May 2002.

This occurred during the political campaign for the Dutch general elections of 2002. An environmental and animal rights activist,he said at his trial that he murdered Fortuyn to stop him from exploiting Muslims as “scapegoats” and targeting “the weak members of society” in seeking political power. I know some people will say he wasn’t a terrorist but a murderer, however when Theo van Gogh was murdered in a similar way, but by a Muslim,that crime was branded a terror attack . Even though both murders were nearly identical, therefore I will not cherry pick and will call Pim Fortuyn’s murder also a Terror attack.

Mohammed Bouyeri (born 8 March 1978) is a Moroccan-Dutch radical Islamic terrorist and convicted murderer who is serving a life sentence without parole for the assassination of Dutch film director Theo van Gogh. He holds both Dutch and Moroccan citizenship.

Filmmaker Theo van Gogh was notorious for his insults to “everyone respected in postwar multicultural Dutch society, including Jews and Muslims” but who “also helped bring Muslim actors onto Dutch television.”In 2004, he and Ayaan Hirsi Ali, a Somali refugee who was a Dutch member of parliament at the time, directed a short film called Submission, Part I about Islam and violence against women.

In the film women are shown wearing transparent clothes with verses of the Quran written on their bodies. The film aired in August 2004 on Dutch television in prime time, the ensuing outcry led the Dutch police to offer police protection for both directors, but van Gogh refused.

The 26-year-old Bouyeri assassinated van Gogh in the early morning of 2 November 2004, in Amsterdam, in front of the city’s East Borough office (stadsdeelkantoor) on the corner of the Linnaeusstraat and Tweede Oosterparkstraat, while he was bicycling to work.

An Italian atheist and anarchist active in the United States from 1901 to 1919, viewed by historians as an insurrectionary anarchist. He is best known for his enthusiastic advocacy of “propaganda of the deed”, i.e. the use of violence to eliminate tyrants and oppressors and to act as a catalyst to the overthrow of existing government institutions. From 1914 to 1932, Galleani’s followers in the United States (known as i Galleanisti), carried out a series of bombings and assassination attempts against institutions and persons they viewed as class enemies.After Galleani was deported from the United States to Italy in June 1919, his colleagues are alleged to have carried out the Wall Street bombing of 16 September 1920, which resulted in the deaths of 38 people.

Revolutionary Anti-Racist Action or Revolutionaire Anti-Racistische Actie, often abbreviated RaRa was a Dutch Revolutionary group, although in the Netherlands the group was called a ‘political violent activist’-group The name “RaRa” in Dutch means “Guess …” (who we are),

RaRa was active in the 1980s and 1990s within the Netherlands, bombing sites to express opposition to the apartheid policies of South Africa as well as to the Dutch asylum legislation.Their bombings caused a lot of material damage. Amazingly no one was killed but it could have easily resulted in a great number of fatalities.

Of course there have been other terrorists organizations who caused a great number of fatalities in Europe, UDA,UVF,RAF,ETA,IRA and Baader Meinhof group to name but a few.