Only a few days ago we celebrated the 75th anniversary of D-Day. People often forget that D-Day did not mark the end of WWII, it merely marked the beginning of the end.

So many sacrifices were still made in the days and months following D-Day. Thousands and thousands of mainly young men, some the same age as my own 2 sons, gave their lives for the freedom of strangers. Most of them did not know the people they were fighting for, all they knew is that an evil regime had to be beaten.

The title of this blog is a quote which engraved in the Marble reception hall of the Netherlands American Cemetery and Memorial  in Margraten in the Netherlands.

The cemetery was created in October 1944 under the leadership of Joseph Shomon of the 611th Graves Registration Company, as the Ninth United States Army pushed into the Netherlands from France and Belgium. American casualties from the area, and also those that fell in Germany were buried here (as Americans could not be buried permanently in enemy territory) 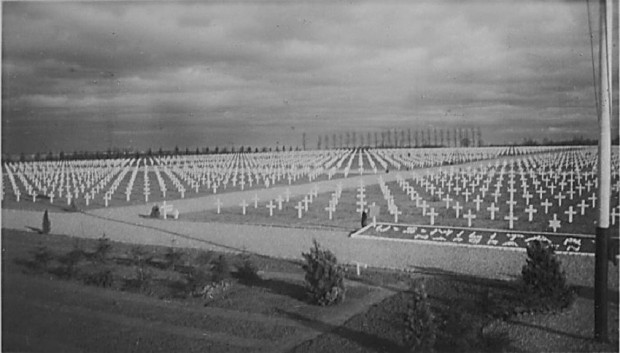 Currently 8,301 souls are buried here.Stretching along the sides of the court are Tablets of the Missing on which are recorded 1,722 names. Totaling 10,023 souls remembered here. I could write pages and pages on honouting these men but there is only one word that really describes each single one of them-Heroes-.

Below are just some impression of this most hallow of places. Let us never forget. 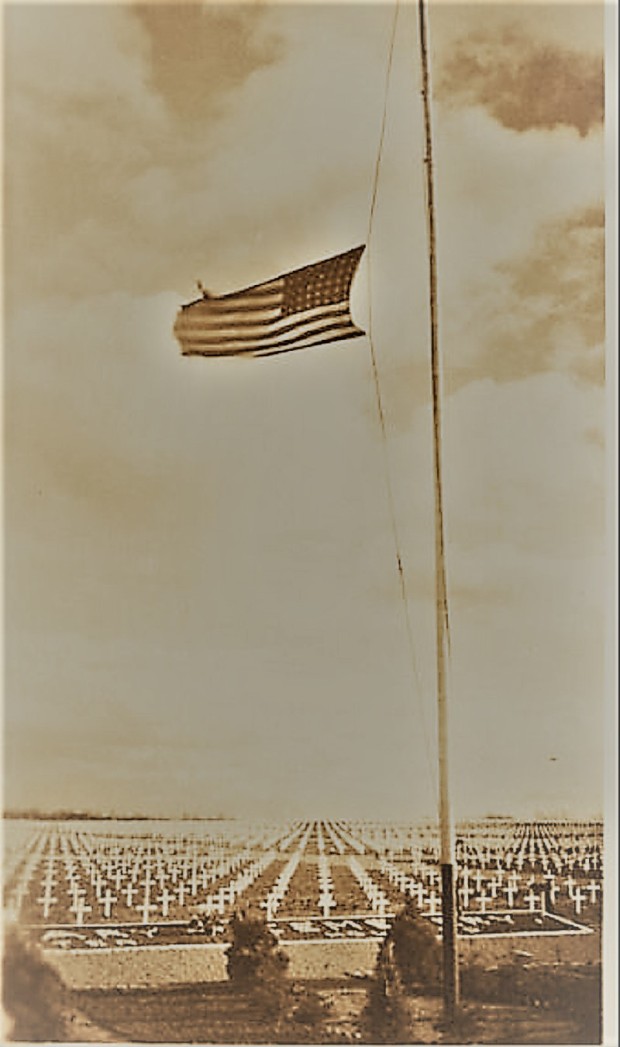 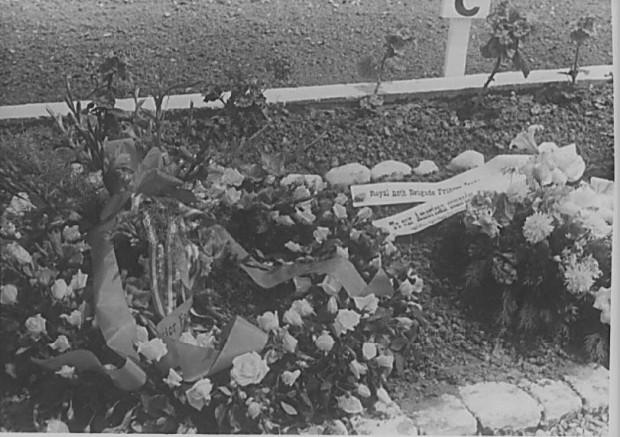 In this world where the greatest generation often gets disrespected, I am proud to see that there is still so much respect for the men and remembered here. The sight of 8301 pure white marble graves, is awesome,saddening and eerie at the same time, but these hallow soils are treated with the utmost respect.

The World War II Netherlands American Cemetery and Memorial Margraten is a war cemetery which lies in the village of Margraten 10 km (6 mi) east of Maastricht, in the most southern part of the Netherlands.

If you have never been there it is a well worth place visting. 8.301 brave men are buried there and there are another 2,000 or so memorials of men missing in action. You will feel humble when you leave.Every time I visited there as a child I only had one question”Why did those men give their lives for people living in a foreign land?”

One of those men was Private Walter Cline Wetzel. 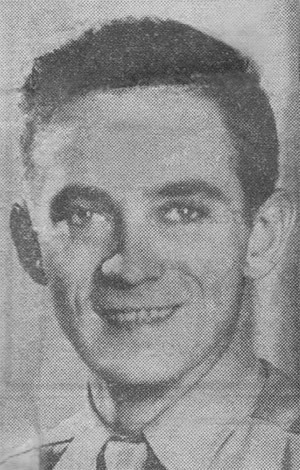 Wetzel joined the Army from Roseville, Michigan in July 1941,and by April 3, 1945 was serving as a private first class in the 13th Infantry Regiment, 8th Infantry Division. On that day, in Birken, Germany, Wetzel smothered the blasts of German-thrown grenades with his body, sacrificing himself to protect those around him. He was posthumously awarded the Medal of Honor ten months later, on February 26, 1946, by President Harry S. Truman.

During the Allied advance into Germany at the beginning of April 1945, he purposely smothered enemy grenade blasts in order to protect his fellow soldiers and he died as a result at the age of 25. In addition to the Medal of Honor, he also was awarded the Purple Heart, the European-African-Middle Eastern Campaign Medal, and the World War II Victory Medal. His Medal of Honor citation reads:(the picture below is not the actual medal of honor) 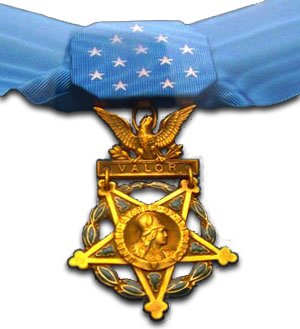 “Pfc. Wetzel, an acting squad leader with the Antitank Company of the 13th Infantry, was guarding his platoon’s command post in a house at Birken, Germany, during the early morning hours of 3 April 1945, when he detected strong enemy forces moving in to attack. He ran into the house, alerted the occupants and immediately began defending the post against heavy automatic weapons fire coming from the hostile troops. Under cover of darkness the Germans forced their way close to the building where they hurled grenades, 2 of which landed in the room where Pfc. Wetzel and the others had taken up firing positions. Shouting a warning to his fellow soldiers, Pfc. Wetzel threw himself on the grenades and, as they exploded, absorbed their entire blast, suffering wounds from which he died. The supreme gallantry of Pfc. Wetzel saved his comrades from death or serious injury and made it possible for them to continue the defense of the command post and break the power of a dangerous local counterthrust by the enemy. His unhesitating sacrifice of his life was in keeping with the U.S. Army’s highest traditions of bravery and heroism.”

Dear sir I thank you for your sacrifice for I know now you did not sacrifice yourself for a foreign land but for a much greater good,freedom for all and the preservation of mankind. Because of you and your brothers in arms I grew up a free man. 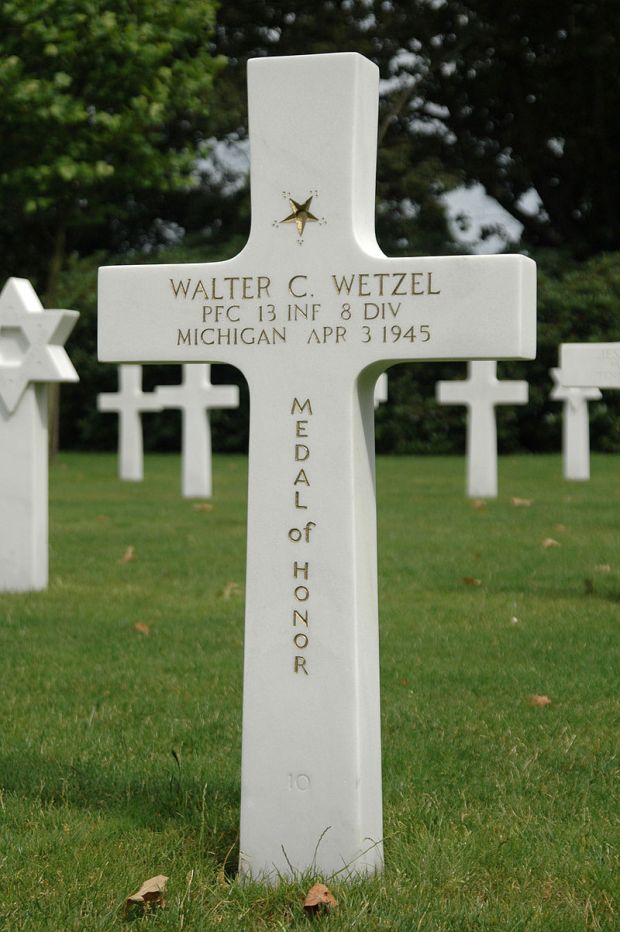 To most of us,including me Joseph H. Hercker is just a random name. But to Joan Hercker it is the name of her Father. A man who sacrificed his future Father’s days so that others could celebrate theirs. 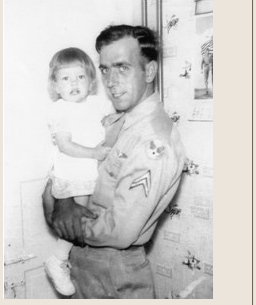 He was born 2 July 1918,Philadelphia,Pennsylvania.

In February 1945 Joseph Hercker was stationed in France

As a member of the Crusader Group, andflew 16 combat sorties between February 6 andApril 3, 1945, in the European Theater of Operations.

On April 3, after completing a”medium” bombing mission of marshalling yards
at Hameln and Holzmeinden in central Germany,his plane was separated from the rest of the formation in overcast weather.

It is not clear what happened, but when the formation broke cover there was no sign of his aircraft, and it never made it back to base. Joseph Hercker and the pilot, William Norlund, an only child from Vineland, were Killed in Action. Hercker was
buried first in Ittenbach No. 1, Germany,eventually his wife was asked if she wanted him brought back to the States or buried in the Netherlands.

Hercker parents thought she had been through enough already, so his final resting place is at the American war cemetery in Margraten, the Netherlands.

Dear Sir I thank you and salute you. Your sacrifice and bravery has bought my freedom. I pledge that I will use this freedom keeping your memory and the memories of your brothers in arms alive.