Now before you all get exited expecting to see lots of pictures of naked women(not that there is anything wrong with that} This is not that type of blog.

This is about the time that Hugh Heffner during the World War 2 years and just after the war.

Years before founding what would become the Playboy empire, Hefner served as a writer for a military newspaper in the U.S. Army at the end of WWII.

In 1943, when Hefner was 17, his friend Jane Sellers moved from Chicago to California, and they corresponded, remaining friends for decades.

She saved the letters and drawings he sent her, and later said, “At 16, I knew he was destined to do amazing things, so I saved every scrap of paper he ever sent or gave me.”

A descendent of Plymouth governor William Bradford from back in America’s colonial days, Hefner was born in Chicago in 1926. He always had smarts (he had an IQ rating of 152 as a child) and showed an interest in the journalistic life early on when he started a high school newspaper.Below are some cartoons Hefner did in high school.

Upon graduation in 1944 he enlisted in the Army as an infantry clerk; during Basic Training he won a sharpshooter badge for firing the M1 and made it through “Killer College,” in which troops went through maneuvers while throwing real grenades. Posted at Camp Adair in Salem, Oregon, and Camp Pickett in Virginia, Hefner contributed cartoons for Army newspapers.

Hefner graduated from the University of Illinois at Urbana Champaign with a bachelor of arts in psychology and a double minor in creative writing and art in 1949, earning his degree in two and a half

When he attended the University of Illinois , he contributed cartoons and articles to the student newspaper, The Daily Illini, and his own college humor magazine, Shaft. Below are two of Hefner’s college cartoons. One comments on female fashions, and the other satirizes how different Chicago newspapers would handle front-page coverage of the same event, apparently a comment on the 1946 coverage of the Lipstick Killer. 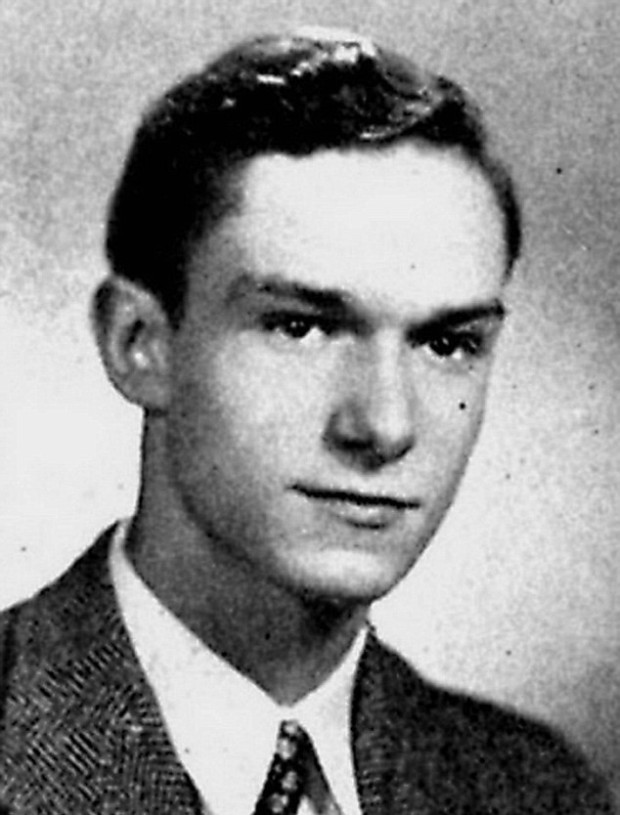