Pvt. Eddie Slovik was a draftee. Originally classified 4-F because of a prison record (grand theft auto), he was reclassified 1-A when draft standards were lowered to meet growing personnel needs. In January 1944, he was trained to be a rifleman, which was not to his liking, as he hated guns.

In August of the same year, Slovik was shipped to France to fight with the 28th Infantry Division, which had already suffered massive casualties in France and Germany. Slovik was a replacement, a class of soldier not particular respected by officers. As he and a companion were on the way to the front lines, they became lost in the chaos of battle and stumbled upon a Canadian unit that took them in..

Slovik stayed on with the Canadians until October 5, when they turned him and his buddy over to the American military police. They were reunited with the 28th Division, which had been moved to Elsenborn, Belgium. No charges were brought, as replacements getting lost early on in their tours of duty were not unusual. But exactly one day after Slovik returned to his unit, he claimed he was “too scared and too nervous” to be a rifleman, and threatened to run away if forced into combat. His confession was ignored-and Slovik took off. One day later he returned and signed a confession of desertion, claiming he would run away again if forced to fight, and submitted it to an officer of the 28th. The officer advised Slovik to take the confession back, as the consequences were serious. Slovik refused and was confined to the stockade.

The 28th Division had many cases of soldiers wounding themselves or deserting in the hopes of a prison sentence that might protect them from the perils of combat. A legal officer of the 28th offered Slovik a deal: dive into combat immediately and avoid the court-martial. Slovik refused. He was tried on November 11 for desertion and was convicted in less than two hours. The nine-officer court-martial panel passed a unanimous sentence of execution, “to be shot to death with musketry.”

Slovik’s appeal failed. It was held that he “directly challenged the authority” of the United States and that “future discipline depends upon a resolute reply to this challenge.” Slovik had to pay for his recalcitrant attitude, and the military made an example of him. One last appeal was made-to Gen. Dwight D. Eisenhower, the Supreme Allied Commander-but the timing was bad for mercy. The Battle of the Bulge in the Ardennes forest was resulting in literally thousands of American casualties, not to mention the second largest surrender of an U.S. Army unit during the war. Eisenhower upheld the death sentence.

His widow said, “the unluckiest poor kid who ever lived.”

The execution was carried out in France on January 31, 1945. Slovik said, “They’re not shooting me for deserting the United States Army, thousands of guys have done that. They just need to make an example out of somebody and I’m it because I’m an ex-con. I used to steal things when I was a kid, and that’s what they are shooting me for. They’re shooting me for the bread and chewing gum I stole when I was 12 years old.” Soldiers strapped him to a post with belts and the chaplain said to him, “Eddie, when you get up there, say a little prayer for me. Slovik said, “Okay, Father. I’ll pray that you don’t follow me too soon.” And Slovik was slammed with eleven bullets.

Slovik was shot and killed by a 12-man firing squad in eastern France. None of the rifleman even flinched, firmly believing Slovik had gotten what he deserved.

In 1960, Frank Sinatra announced his plan to produce a movie titled The Execution of Private Slovik, to be written by blacklisted Hollywood 10 screenwriter Albert Maltz. This announcement provoked great outrage, and Sinatra was accused of being a Communist sympathizer. As Sinatra was campaigning for John F. Kennedy for President, the Kennedy camp became concerned, and ultimately persuaded Sinatra to cancel the project.

However, Slovik’s execution was the basis for a 1954 book by William Bradford Huie. In 1974, the book was adapted for a TV movie starring Martin Sheen and also called The Execution of Private Slovik.

The military service record of Slovik, which is now a public archival record available from the Military Personnel Records Center, provides a detailed account of the actual execution of Slovik which took place in 1945 and it was upon this that most of the film was based. Some dramatic license occurs, including during the execution. There is no evidence, for example, that the priest attending Slovik’s execution shouted “Give it another volley if you like it so much” after the doctor indicated Slovik was still alive.

In addition, the 1963 war film The Victors includes a scene featuring the execution of a deserter clearly inspired by Slovik. 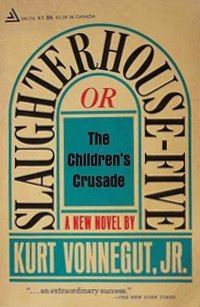 Slovik also appears in Nick Arvin’s 2005 novel Articles of War, in which the fictional protagonist, Private George (Heck) Tilson, is one of the members of Slovik’s firing squad.