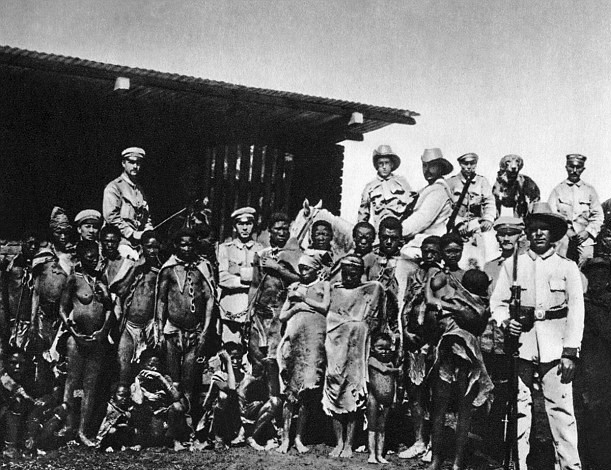 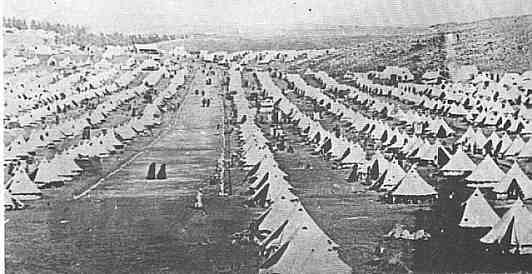 Boers and black Africans were placed in camps so that they would be unable to aid Boer guerrillas. It is reported that more than 27,000 Boers and 14,000 Africans died in the camps from disease and starvation. Most of the dead were children, clearly noncombatants in the conflict.

The Herero and Nama genocide was a campaign of racial extermination and collective punishment that the German Empire undertook in German South West Africa (modern-day Namibia) against the Herero and Nama people. It is considered one of the first genocides of the 20th century.

In August, German General Lothar von Trotha defeated the Herero in the Battle of Waterberg and drove them into the desert of Omaheke, where most of them died of dehydration. 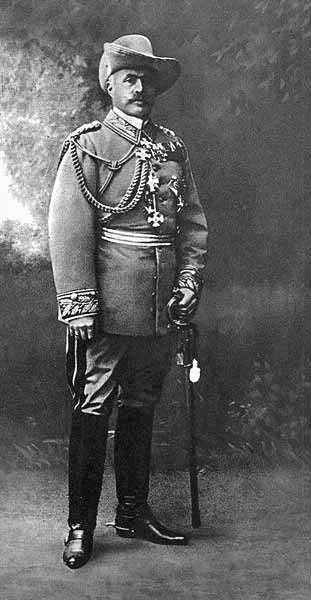 In October, the Nama people also rebelled against the Germans, only to suffer a similar fate.

Under German colonial rule, natives were routinely used as slave labourers, and their lands were frequently confiscated and given to colonists, who were encouraged to settle on land taken from the natives; that land was stocked with cattle stolen from the Herero and Namas.

General Trotha stated his proposed solution to end the resistance of the Herero people in a letter, before the Battle of Waterberg:

I believe that the nation as such should be annihilated, or, if this was not possible by tactical measures, have to be expelled from the country … This will be possible if the water-holes from Grootfontein to Gobabis are occupied. The constant movement of our troops will enable us to find the small groups of this nation who have moved backwards and destroy them gradually.

Trotha’s troops defeated 3,000–5,000 Herero combatants at the Battle of Waterberg on 11–12 August 1904 but were unable to encircle and annihilate the retreating survivors.

Survivors of the massacre, the majority of whom were women and children, were eventually put in places like Shark Island Concentration Camp, 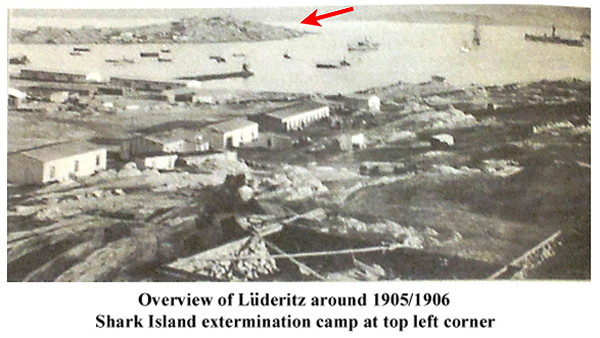 where the German authorities forced them to work as slave labour for German military and settlers. All prisoners were categorised into groups fit and unfit for work, and pre-printed death certificates indicating “death by exhaustion following privation” were issued.The British government published their well-known account of the German genocide of the Nama and Herero peoples in 1918

Food in the camps was extremely scarce, consisting of rice with no additions. As the prisoners lacked pots and the rice they received was uncooked, it was indigestible; horses and oxen that died in the camp were later distributed to the inmates as food. Dysentery and lung diseases were common. Despite those conditions, the Herero were taken outside the camp every day for labour under harsh treatment by the German guards, while the sick were left without any medical assistance or nursing care.[25]:76

Shootings, hangings, beatings, and other harsh treatment of the forced labourers (including use of sjamboks) were common.

A 28 September 1905 article in the South African newspaper Cape Argus detailed some of the abuse with the heading: “In German S. W. Africa: Further Startling Allegations: Horrible Cruelty”.

Contrary to the German belief, the indigenous Herero and Nama people were not savages. The Herero had a sophisticated culture, having occupied their ancient lands for centuries, while the Nama  –  the mixed-race offspring of early Dutch settlers  –  were ferocious warriors as well as Christians.

Three-and-a-half thousand innocent Africans were liquidated here at the hands of the Germans, decades before the rise of Adolf Hitler and the Nazi party, with the tacit sanction of the German emperor, Kaiser Wilhelm II, and his ministers.

The story of the German extermination of the Herero and Namaqua peoples has been expunged from the history books  –  and the tourists and scuba divers on the Shark Bay waterfront will find no mention of it in their guides.

More chilling still, the book raises another awful prospect. That the Nazi crimes of World War II were not an aberration, as some have claimed, but emerged from a tradition deeply embedded in the heart of German culture, with its warped beliefs about racial superiority, going back into the 19th century.

In 1908 Eugen Fischer(a German professor of medicine, anthropology, and eugenics, and a member of the Nazi Party.  conducted field research in German Southwest Africa (now Namibia). 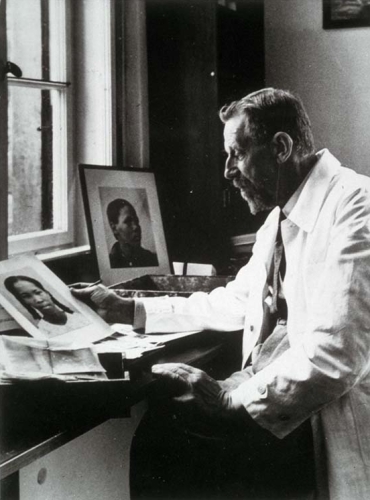 He studied the Basters, offspring of German or Boer men who had fathered children by the native women (Hottentots) in that area. His study concluded with a call to prevent a “mixed race” by the prohibition of “mixed marriage” such as those he had studied. It included unethical medical practices on the Herero and Namaqua people.He argued that while the existing Mischling descendants of the mixed marriages might be useful for Germany, he recommended that they should not continue to reproduce.

His recommendations were followed and by 1912 interracial marriage was prohibited throughout the German colonies. As a precursor to his experiments on Jews in Nazi Germany, he collected bones and skulls for his studies, in part from medical experimentation on African prisoners of war in Namibia during the Herero and Namaqua Genocide.

His ideas expressed in this work, related to maintaining the purity of races, influenced future German legislation on race, including the Nuremberg law