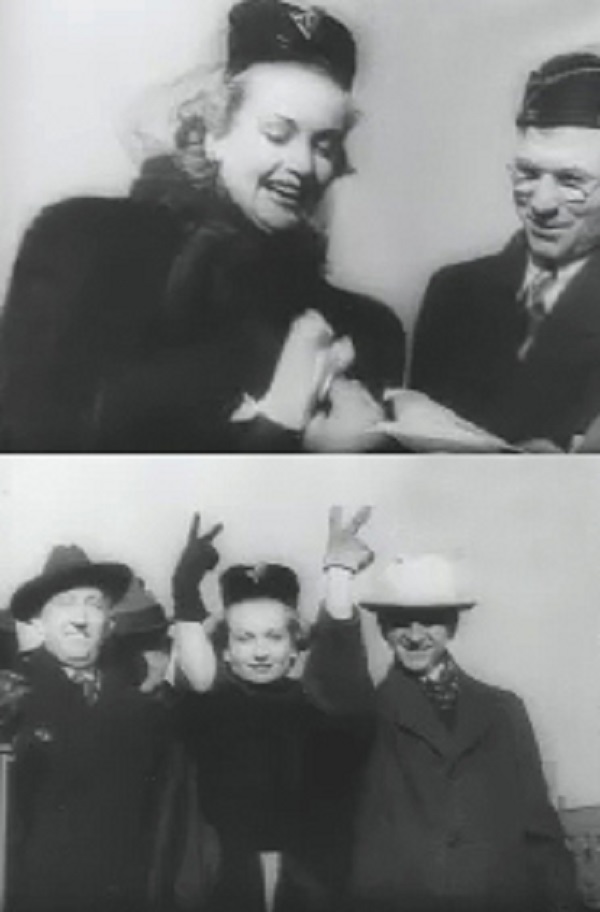 On January 16 in 1942, the actress Carole Lombard, famous for her roles in such screwball comedies as My Man Godfrey and To Be or Not to Be, and for her marriage to the actor Clark Gable, is killed when the TWA DC-3 plane she is traveling in crashes en route from Las Vegas to Los Angeles. She was 33.

When the U.S. entered World War II at the end of 1941, Lombard traveled to her home state of Indiana for a war bond rally with her mother, Bess Peters, and Clark Gable’s press agent, Otto Winkler. Lombard was able to raise over $2 million in defense bonds in a single evening.

Her party had initially been scheduled to return to Los Angeles by train, but Lombard was anxious to reach home more quickly and wanted to fly by a scheduled airline. Her mother and Winkler were both afraid of flying and insisted they follow their original travel plans. Lombard suggested they flip a coin; they agreed and Lombard won the toss.

In the early morning hours of January 16, 1942, Lombard, her mother, and Winkler boarded a Transcontinental and Western Air Douglas DST (Douglas Sleeper Transport) aircraft to return to California.

After refueling in Las Vegas, TWA Flight 3 took off at 7:07 p.m. and around 13 minutes later, crashed into “Double Up Peak” near the 8,300-foot (2,530 m) level of Potosi Mountain, 32 statute miles (51 km) southwest of Las Vegas. All 22 aboard, Lombard and her mother included, plus fifteen army servicemen, were killed instantly.

Warning beacons that might have helped guide the pilot had been blacked out because of fears about Japanese bombers, and the plane smashed into a cliff near the top of Potosi Mountain. Search parties were able to retrieve Lombard’s body, and she was buried next to her mother at Forest Lawn Cemetery in Glendale, California, under a marker that read “Carole Lombard Gable.”

Hysterical with grief and adrift in the empty house he had shared with Lombard, Gable drank heavily and struggled to complete his work on Somewhere I’ll Find You. He was comforted by worried friends, including the actress Joan Crawford. That August, Gable decided to enlist in the U.S. Army Air Forces.

He spent most of the war in the United Kingdom, and flew several combat missions (including one to Germany), earning several decorations for his efforts. He would remarry twice more, but when he died in 1960 Gable was interred at Forest Lawn, next to Lombard.