I wish I could tell you my favourite game

I wish I could tell you who my best friend was

I wish I could sing for you my favourite song, or that I could tell you which instruments I play.

I wish I could show you pictures of my first ballet recital or my first goal I scored in hockey.

I wish I could show a drawing of a field of tulips I drew. when I was out on a picnic with my parents on a hot July day, my birthday perhaps.

But I can’t for I vanished. I died but no one knows where or when.No longer a human just a number, one of many.

This is a very personal blog for me.Not because I was personally involved in it, because I wasn’t, but because it really touched me emotionally. Although I am don’t suffer from depression myself that is really what the song is about,depression and the effects it has especially on teenagers and young adolescents.

I first heard the song on the radio and fell in love with it, but that made the song not unique because I have fallen in love with thousands of songs.It was only after I saw the video of it , it had a profound impact on me, it really gave me the goosebumps.

The music video for “Runaway Train” featured photographs and names of missing children in the style of a public service announcement. At the end of the video, lead singer Dave Pirner appeared and said, “If you’ve seen one of these kids, or you are one of them, please call this number” before a missing children telephone helpline number appeared.

Below is the video but alas without the message at the end, for some reason it is impossible to find a version with the message, but even without that you will appreciate what the video is telling you.

A few days after I had seen the video I saw news footage saying that one of the children in the video had been found because of it. Those goosebumps were back and a few teardrops to complement them.

Finally a music video with real value. I have listened to the song many of time afterwards. not realizing the story didn’t end there.

Earlier this week I looked up the story behind the missing children again, because cynical me doesn’t always take heed to all news reports. Since this was going back for more than 2 decades I just wanted to re-assure the more mature me that the finding of this 1 missing child just wasn’t an urban myth.

Turned out it wasn’t just 1 child, in total 26 children were re-united with their families after being featured in the video.(and whiles I am writing this the goosebumps are back)

Unfortunately not all of them were found alive.

Polly Klaas was a 12-year-old girl who went missing in October 1993, a few months after the song had peaked on the charts. The case made national news, drawing more attention to the issue of missing and exploited children.

It was later learned the Klaas was abducted and murdered. by Richard Allen Davis. On October 1, 1993, Polly Klaas and two friends were having a slumber party. Late in the evening, Richard Allen Davis entered their bedroom, carrying a knife. He tied both friends up, pulled pillowcases over their heads and told them to count to 1,000. He then kidnapped the scared Klaas. Davis was caught and arrested and admitted to strangling Polly.After a long, tumultuous trial, Davis was convicted on June 18, 1996 of first-degree murder and four special circumstances (robbery, burglary, kidnapping and a lewd act on a child) in Klaas’ death.A San Jose Superior Court jury returned a verdict of death. At his formal sentencing by a judge, Davis provoked national outrage by taunting his victim’s family, extending both middle fingers at a courtroom camera and later saying that Klaas’ last words just before he killed her were that her father molested her.

Below is some of the timeline of his case.

Early May, 1990 — 14-year-old Curtis Huntzinger reportedly tells his parents he has been molested by family acquaintance Stephen Hash, then 35, for whom Curtis was working.

May 11, 1990 — Curtis reportedly recants the allegations when asked about them by then-Blue Lake Police Chief Donald Trumble.

May 18, 1990 — Curtis, an Arcata High School freshman, is last seen at his sister’s Blue Lake home and is reported missing the next day. It is initially believed by authorities that Curtis, who had some trouble in school and a recent brush with the law, ran away from home. Trumble said at the time he was confident Curtis was not a victim of foul play.

April 1999 — Thomas Michael Fox, who was serving life in prison for the killing of 11-year old Danny Williams of Eureka, reportedly confesses to having killed Huntzinger. As a part of the confession, Fox reportedly admitted to shooting Huntzinger and fingered the accomplices who he said helped him bury the boy.

April 24, 1999 — During a confrontation with Huntzinger’s mom, Nancy, family acquaintance Stephen Daniel Hash reportedly admits to killing Curtis Huntzinger, even taking Nancy Huntzinger to her son’s burial site. Hash, however, refuses to talk to law enforcement about the case.

Over the ensuing weeks, police investigators search Hash’s property, even removing the floor boards of his house and sending its carpets to the Department of Justice Crime Lab for testing. The area where Hash claimed to have buried Huntzinger is scoured by dozens of members of the California Conservation Corps, police and the Huntzinger family. Several bones, including a vertebrae, are found, and believed to be those of Curtis Huntzinger. “This could be over in a few weeks,” then Blue Lake Police Chief Floyd Stokes said. The bones are later determined to be animal remains, and the case goes dormant.

Dec. 3, 2008 — Hash is arrested on suspicion of voluntary manslaughter by District Attorney’s Office investigators after reportedly giving a “complete confession” and showing them where Huntzinger was buried.

Dec. 9, 2008 — Investigators find a body believed to be Huntzinger’s located off old State Route 299 between Blue Lake and Korbel in the location Hash had led them to. The body is sent to the Humboldt County Coroner for an autopsy. where it is confirmed that the remains are those of Curtis.

The last image in all three U.S. versions of the song is Thomas Dean Gibson, who disappeared from Glendale, Oregon, in 1991 at the age of 2. He is still missing as of 2014, and age-progressed photos of him at age 19 and age 21 were released in 2009 and 2012, respectively, by the National Center for Missing and Exploited Children.His father, Larry Gibson, a former deputy sheriff, was convicted of second degree manslaughter for accidentally shooting his son to death when he shot at a stray cat in his front yard even though no remains were ever found. He steadfastly denies killing his son and has worked on finding him since being released from prison in 1996.

The version shown in Australia showed a number of young backpacking tourists whose families were looking for them. Several of them turned out to be victims of Ivan Milat, the Backpacker Murderer. 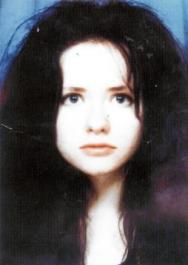 The UK version of the video featured Vicky Hamilton and Dinah McNicol, who each went missing in 1991. Their remains were found in 2007 at a house in Margate. Peter Tobin has since been convicted of both murders.

Also featured in the UK version was Mark Bartley, a runaway who went missing in 1992. He was recognised in the video by a man who knew Bartley was staying in the tenant’s house below them, but was unaware of his missing status. By the time the police arrived, Bartley and the man he was living with were gone. It is unknown what happened to him after this.

Although Soul Asylum had been formed in 1983 the album Grave Dancers Union which includes Runaway Train, was there only successful album.

Released in 1992. The album spent 76 weeks on the Billboard music charts and was certified triple-platinum in 1993, establishing Soul Asylum as one of the most successful rock groups of the first half of the 1990s.

At the 1994 ceremony, this won the Grammy Award for Best Rock Song, which went to its writer, Dave Pirner. Dave didn’t attend the ceremony, as he didn’t like the idea of proclaiming one song superior to another. When he won, Meat Loaf accepted the award on his behalf.

The band is still touring. They may not be considered as the best band ever, and musically this might be the case. But I believe they deserve a lot more credit for what they achieved with that 1 song which has changed the lives of so many.