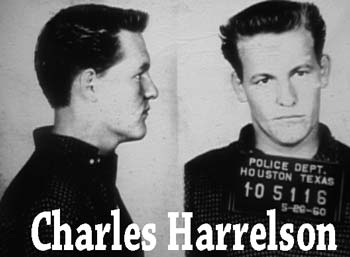 ­
When Woody Harrelson was cast as a psychotic spree killer in Oliver Stone’s film Natural Born Killers, many people were surprised. Since Harrelson was known for playing the innocent, good-natured Woody Boyd on Cheers, it was hard to visualize him as a murderer. It turns out, however, that murder is a major part of Woody Harrelson’s real-life family background. 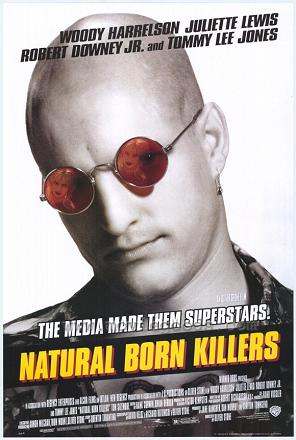 Charles Harrelson was born on July 23, 1938, in Huntsville, Texas, the son of Alma Lee (née Sparks) and Voyde Harrelson. He was married to Nancy Hillman Harrelson, Jo Ann Harrelson, Diane Lou Oswald and Gina Adelle Foster. Harrelson worked as an encyclopedia salesman in California and as a professional gambler. In 1960, he was convicted of armed robbery.

Harrelson’s son, Woody Harrelson (born July 23, 1961), became a well-known television and film actor. According to Woody, his father disappeared from the family’s home in Houston in 1968, leaving his wife Diane to raise Woody and his two brothers. Woody lost track of his father until 1981, when news broke of Harrelson’s arrest for the murder of Judge Wood. During an interview in November 1988, Woody revealed that he visited his father regularly in federal prison, though he still harbored mixed feelings for him, saying “my father is one of the most articulate, well-read, charming people I’ve ever known. Still, I’m just now gauging whether he merits my loyalty or friendship. I look at him as someone who could be a friend more than someone who was a father

Defended by Percy Foreman, Harrelson was tried for the 1968 murder of Alan Harry Berg (no relation to the Denver talk radio DJ Alan Berg, later murdered by white supremacists) On September 22, 1970, he was acquitted by a jury in Angleton, Texas.The murder is chronicled in the acclaimed memoir Run Brother Run by the victim’s brother, David Berg.

­
Prior to the Wood murder, Harrelson was tried for the 1968 murder-for-hire killing of Sam Degelia, Jr., a resident of Hearne, Texas. Harrelson was paid $2000 for the murder of Degelia, a grain dealer and father of four who was killed in McAllen, Texas. His first trial ended with a deadlocked jury,although Pete Scamardo was also tried in the case, found guilty of being an accomplice to the murder, and sentenced to seven years probation.Harrelson was retried in 1973, convicted and sentenced to 15 years in prison.In 1978, after serving 5 years, he was released early for good behavior.

Shortly after Harrelson was paroled in 1978, he was implicated in another murder. On May 29, 1979, U.S. District Judge John H. Wood, Jr. was shot dead in the parking lot outside his San Antonio, Texas, townhouse. 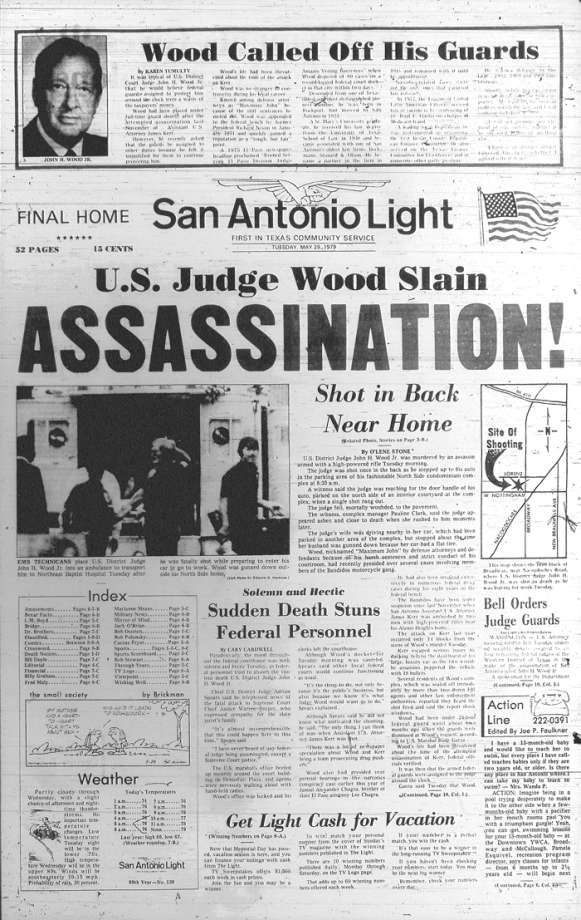 Harrelson was convicted of killing Judge Wood after being hired by drug dealer Jamiel Chagra of El Paso. Wood — nicknamed “Maximum John” because of his reputation for handing down long sentences for drug offenses — was originally scheduled to have Chagra appear before him on the day of his murder, but the trial had been delayed.

Harrelson was apprehended with the aid of an anonymous tip and a tape recording of a conversation that occurred during a visit from Joe Chagra to his brother Jamiel Chagra in prison. Harrelson claimed at trial that he did not kill Judge Wood, but merely took credit for it so he could claim a large payment from Chagra.

Harrelson was sentenced to two life terms based largely on Chagra’s conversation with his brother from prison. Both Harrelson and Joe Chagra were implicated in the assassination, and Chagra received a ten-year sentence. Jamiel Chagra was acquitted of the murder when his brother Joe refused to testify against him. Chagra was represented by future mayor of Las Vegas, Oscar Goodman, then a public defender. In a plea bargain, Jamiel Chagra admitted to his role in the murder of Judge Wood and to the attempted murder of a U.S. Attorney. Jo Ann Harrelson was also convicted of conspiracy and perjury.

In 2003, Chagra recanted his previous statements, and stated that someone other than Harrelson had in fact shot Judge Wood. His son, Woody, then attempted to have his father’s conviction overturned in order to secure a new trial, though without success.Chagra died in July 2008 of cancer.

In September 1980, Harrelson surrendered to police after a six-hour standoff in which he was reportedly “high on cocaine”. During the standoff, he threatened suicide and stated that he had killed Judge Wood and President John F. Kennedy.In a television interview after his arrest, Harrelson said: “At the same time I said I had killed the judge, I said I had killed Kennedy, which might give you an idea to the state of my mind at the time.” He said that the statements made during the standoff were “an effort to elongate my life.” 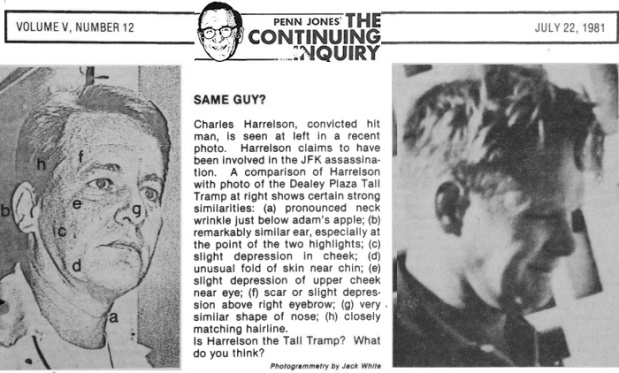 Joseph Chagra later testified during Harrelson’s trial that Harrelson claimed to have shot Kennedy and drew maps to show where he was hiding during the assassination. Chagra said that he did not believe Harrelson’s claim, and the AP reported that the FBI “apparently discounted any involvement by Harrelson in the Kennedy assassination.”According to Jim Marrs in 1989’s Crossfire, Harrelson is believed to be the youngest and tallest of the “three tramps” by many conspiracy theorists.Marrs stated that Harrelson was involved “with criminals connected to intelligence agencies and the military” and suggested that he was connected to Jack Ruby through Russell Douglas Matthews, a third party with links to organized crime who was known to both Harrelson and Ruby. Lois Gibson, a well-known forensic artist, matched photographs of Harrelson to the photographs of the youngest-looking of the three “tramps”

The JFK link doesn’t stop there. The Actor Bill Paxton who was in one episode of Frasier(a spin off series off Cheers, in which Woody Harrelson starred with Kelsey Grammer) had been at a JFK event on the 22 November 1963, the day JFK was shot.

Below is a picture of that event. Bill Paxton is the little boy sitting on the shoulders of a man presumably his Father. 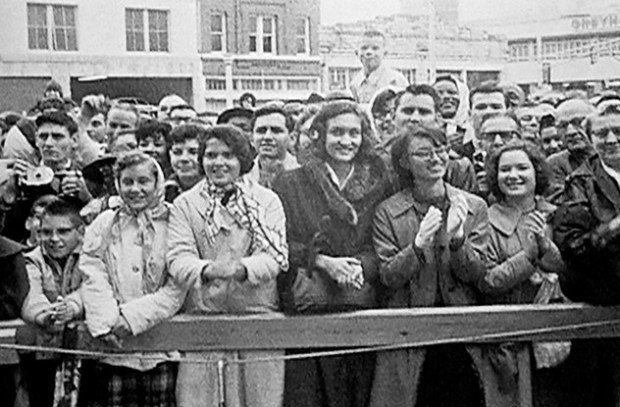 On a side note but also a connection with Woody Harrelson, The sister of Kelsey Grammer, ,co star of Cheers and star of Frasier,was murdered and raped by a spree killer. The type if killer Woody played in Natural Born Killers, that is as far as the connection goes though.

On July 4, 1995, Harrelson and two other inmates, Gary Settle and Michael Rivers, attempted to escape from the Atlanta Federal Penitentiary using a makeshift rope. A warning shot was fired at them from the prison’s tower, and the trio surrendered.Harrelson was subsequently transferred to Supermax prison ADX Florence in Florence, Colorado. In a letter to a friend, Harrelson wrote that he enjoyed his life inside the maximum security facility, writing that “there are not enough hours in a day for my needs as a matter of fact… The silence is wonderful.”

He was found unresponsive in his cell on March 15, 2007, having died of a heart attack; and an autopsy showed he had severe coronary artery disease.His Federal Bureau of Prisons Register number was 02582-016.