This blog contains pictures depicting the Human side of World War 2. Among all the destruction and evil there were moments of compassion, let us never forget about that.

A wounded Australian soldier being helped by a local during World War II. (Papua New Guinea, 1942) 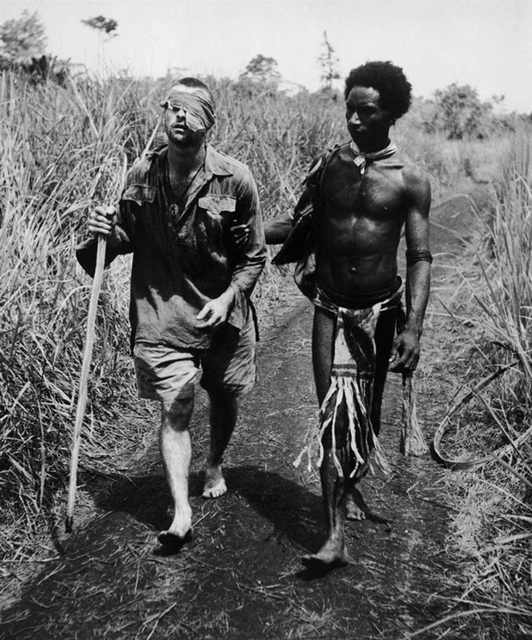 Two American soldiers, comforting a little girl by giving her a puppy during World War II. 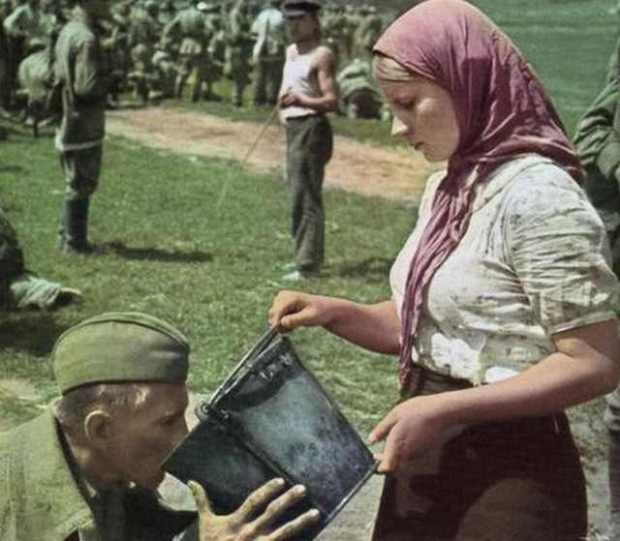 A soldier sharing his food and water with children. (Saipan, 1944)

This image shows a M1937 Field Range being used by WWII Soldiers on Thanksgiving. At Thanksgiving time, Sgt Louis S. Wallace, Meadville, Miss., prepares two of the many thousands of turkeys that have arrived from the states.

A WWI veteran stands beside a ruined German anti-aircraft gun while greeting the liberating US troops; Saint-Malo, France – August 1944 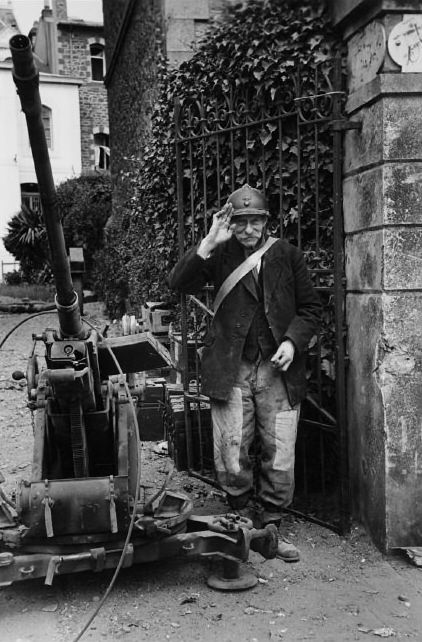 Photographer Robert Capa, left, and Ernest Hemingway, right, accredited as a correspondent for Collier’s magazine, with their Army driver in France shortly before the liberation of Paris. 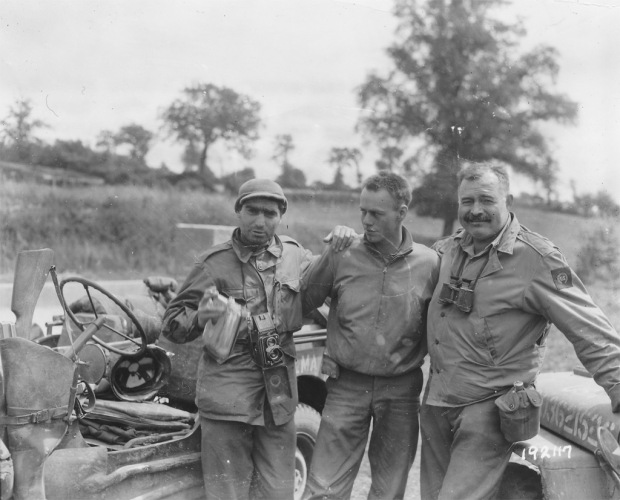 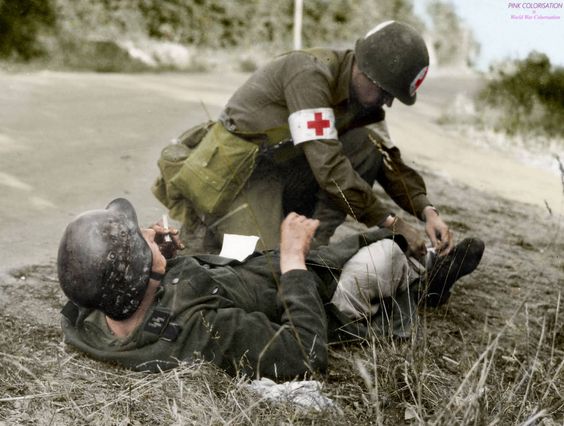 A French woman welcomes an American soldier on November 25, two days after French and U.S. troops liberated Strasbourg, the capital of Alsace. 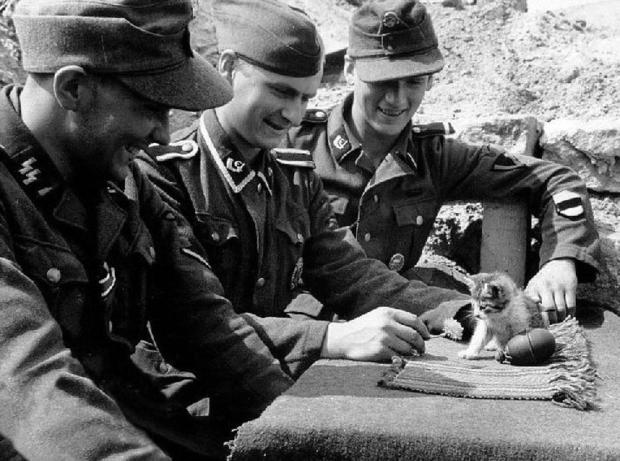 A US Soldier tends to the wound of a young German Soldier near the end of WWII. 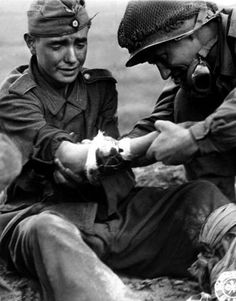 A rare moment of compassion is shown at the Battle of Stalingrad. A German soldier tends to a wounded Russian woman and shelters her infant a German trench.

A medic bandages the injured foot of a child while his younger brother looks on. [1944]

A Soviet soldier shares his cigarettes with German prisoners. [, July, 1943]