He was born Marcel Mangel in Strasbourg, France to a Jewish family. His parents were Ann Werzberg and Charles Mangel, a kosher butcher. When Marcel was four years old, the family moved to Lille, but they later returned to Strasbourg. When France entered World War II, Marcel, 16, fled with his family to Limoges. In 1944 Marcel’s father was captured and deported to the notorious Auschwitz concentration camp, where he was killed. Marcel’s mother survived. 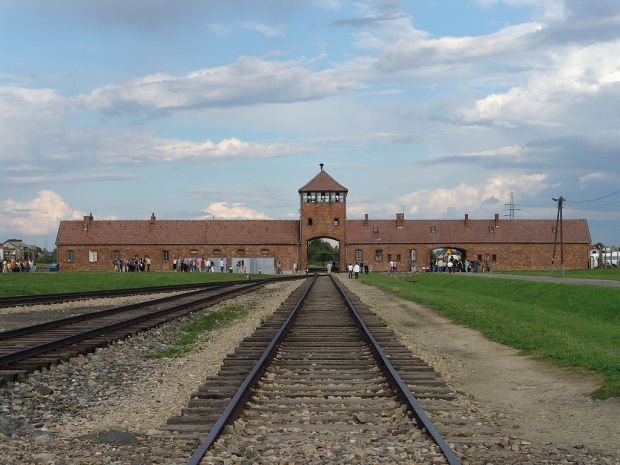 In 1939 the Jews of Strasbourg, France, where Marceau’s family lived, were given two hours to pack their belongings for transport to the southwest of France. Marcel, who was fifteen at that time, fled with his older brother Alain to Limoges.Desiring to become a painter, Marcel enrolled in art school, and within two years, with his brother, he had also joined the French Resistance. 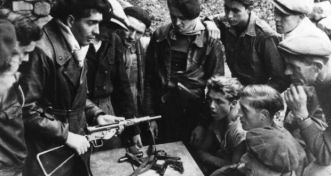 Recognizing his artistic talents, the Resistance soon had Marcel making forged identity papers for Jews to help them avoid the camps.Marcel changed the ages on the identity cards of scores of French youths, both Jews and Gentiles.

He wanted to make them appear to be too young to be sent away to labor camps or, in the case of the non-Jewish children, to be sent to work in German factories for the German army. Marceau also adopted different poses, including that of a Boy Scout leader, when he put his life at risk to smuggle Jewish children and the children of underground members across the border into Switzerland.

In 1944, while a member of the Resistance in Paris, Marceau was hidden by a cousin. He was convinced that if Marceau survived the war, he would make an important contribution to the theater. Marceau’s father, a butcher, died in Auschwitz. “If I cry for my father,” said Marceau, “I have to cry for the millions of people who died. “I have to bring hope to people,” Marceau remembered thinking after the war. He had planned to become an artist, but instead decided that he wanted to “make theater without speaking.” He began to study under the great master of mime Etienne Decroux. In 1947 Marceau created Bip, the clown in the striped jersey and battered opera hat, who has become his alter ego.

Marcel Marceau became the eleventh recipient of the Wallenberg Medal on April 30, 2001.

The Wallenberg Medal of the University of Michigan is awarded to outstanding humanitarians whose actions on behalf of the defenseless and oppressed reflect the heroic commitment and sacrifice of Raoul Wallenberg, the Swedish diplomat who rescued tens of thousands of Jews in Budapest during the closing months of World War II.

Marcel Marceau died at the racetrack in Cahors, France, on 22 September 2007 at the age of 84. At his burial ceremony, the second movement of Mozart’s Piano Concerto No. 21 (which Marceau long used as an accompaniment for an elegant mime routine) was played, as was the sarabande of Bach’s Cello Suite No. 5. Marcel Marceau was interred in the Père Lachaise Cemetery in Paris.In 1999 New York City declared 18 March “Marcel Marceau Day”