The decree ordered the destruction of German infrastructure to prevent their use by Allied forces as they penetrated deep within Germany. It was officially titled Demolitions on Reich Territory Decree (Befehl betreffend Zerstörungsmaßnahmen im Reichsgebiet) and has subsequently become known as the Nero Decree, after the Roman Emperor Nero, who supposedly engineered the Great Fire of Rome.

Hitler had copied so much of the Roman empire so it is not surprising that the decree had similarities with Nero’s orders.

It was up to Albert Speer to implement and carry out the decree, but on this occasion Speer refused and disobeyed the order. I don’t think it was because of his endless love for the German people, I think it was more out of self preservation that Speer disobeyed, he knew the war was coming to an end and he still had a chance to escape punishment by the allies. however if he would have carried out the orders he would surely have been sentenced to death by either the Germans or the allies after the war. 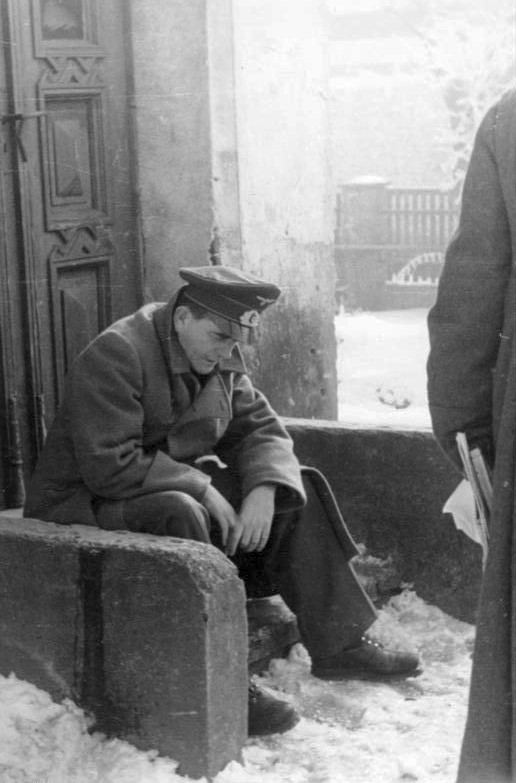 Albert Speer was not the only one who directly disobeyed Hitler in relation to destroying cities.

Shortly before the Liberation of Paris, Hitler ordered explosives to be placed around important landmarks, such as the Eiffel Tower, and key transportation hubs. If the Allies came near the city, the military governor, Dietrich von Choltitz was to detonate these bombs, leaving Paris “lying in complete debris.”Von Choltitz, however, did not carry out the order and surrendered to the Allies. 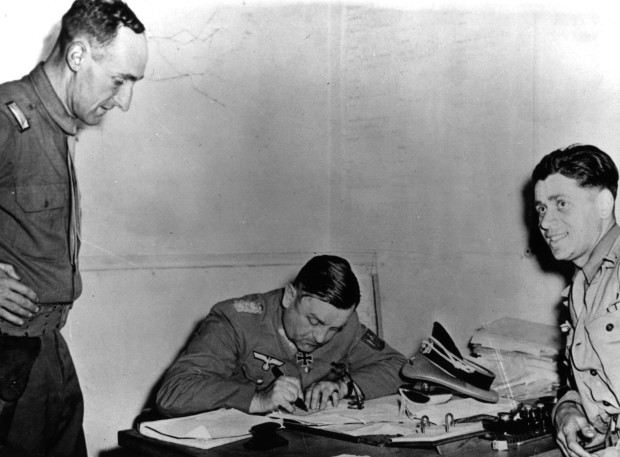 How great would it have been if this picture would have been sent to the Führer as a birthday card.