It can be argued that WWII never really ended or that the cold war wasn’t really all that cold. Immediately after WWII, in fact technically still during the War in the Pacific,Indonesia declared it’s independence triggering an armed conflict with the Dutch and British.

Under pressure from radical and politicised pemuda (‘youth’) groups, Sukarno and Hatta proclaimed Indonesian independence, on 17 August 1945, two days after the Japanese Emperor’s surrender in the Pacific. The following day, the Central Indonesian National Committee (KNIP) elected Sukarno as President, and Hatta as Vice-President. It lasted until 1949.

The War in Vietnam, codenamed Operation Masterdomb, was a post–World War II armed conflict involving a largely British-Indian and French task force and Japanese troops from the Southern Expeditionary Army Group, versus the Vietnamese communist movement, the Viet Minh, for control of the country, after the unconditional Japanese surrender. 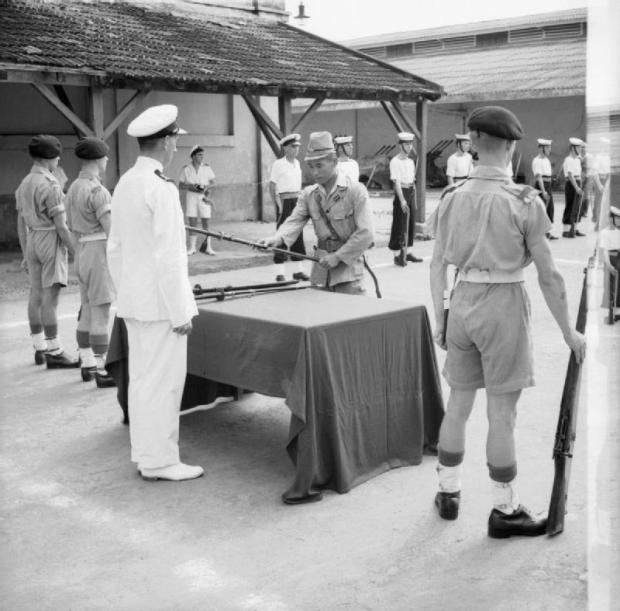