Bombing of Vatican City occurred twice during World War II. The first occasion was on the evening of 5 November 1943, when a plane dropped bombs on the area south-west of Saint Peter’s Basilica, causing considerable damage but no casualties. The second bombing, which affected only the outer margin of the city, was  on the 1st of  March 1944, and caused the death of one person and the injury of another.

“The (first) bombing of the Vatican occurred on 5 November 1943 at 20:10. It was a very clear and cloudless evening. The moon made visibility excellent. For over half an hour an aeroplane was heard circling insistently over Rome and especially the Vatican. At about 8:10, while an Allied squadron passed over the Vatican, the aeroplane that until then had been circling over Rome dropped four bombs and flew away. The bombs fell in the Vatican Gardens: the first near the receiving Radio, another near the Government building, a third on the mosaics workshop, the fourth near the building of the Cardinal Archpriest. If they had fallen a very few metres off, they would have hit the Radio, the Government building, that of the Tribunals (where the diplomats were housed), and that of the Archpriest.

They caused considerable damage, for all the windows were blown to pieces. There were no human casualties.”

The future cardinal Tardini continued: “General opinion, and general indignation, blamed the Germans and, perhaps more, the Republican Fascists. The latter view was reinforced by notes about a telephone conversation of Barracu (Undersecretary for Home Affairs) that a telephone operator gave to the Holy Father. However, some months later, Monsignor Montini received from Monsignor Carroll, an American of the Secretariat of State, who was in Algiers to organize an information service for soldiers and civilians,in which it was stated clearly that the bombs had been dropped by an American. 5 November is for England, Father Hughes told me, an anti-Pope day.When Monsignor Carroll came to Rome in June 1944, he answered a question of mine by telling me that the American airman was supposed to have acted either to make a name for himself or out of wickedness. Monsignor Carroll did not know whether the delinquent had been punished.

The message from Monsignor Walter S. Carroll that Monsignor Tardini spoke of as addressed to Monsignor Montini was in reality addressed to Cardinal Secretary of State Luigi Maglione. It read: “In a conversation with the American Chief of Staff during the past week I was informed very confidentially that they feel that the bombing of the Vatican is probably attributable to an American pilot who lost his way; in fact, another American pilot reported seeing an Allied plane dropping its load on the Vatican. The General expressed his sincere regret and gave assurances that strict precaution would be taken to avoid a repetition of this incident ”

Official assurance that no American plane had in fact dropped bombs on Vatican City was given by the United States authorities.

The German and British authorities gave similar assurances regarding aircraft of their countries.

However in 2007 new evidence found by Augusto Ferrara, suggested that the bombing was ordered by the Italian Fascist politician Roberto Farinacci. 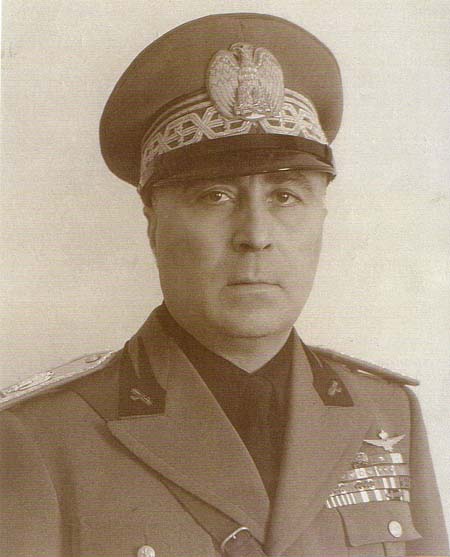 The main target had been the Vatican radio because the Fascists believed that the Vatican was sending coded messages to the allies.

The plane which bombed the Vatican reportedly took off from the airport of Viterbo, a town 70 miles north of Rome.Ferrara discovered that “the pilot was a sergeant Parmeggiani, who was ordered to drop the bombs by the prominent fascist Roberto Farinacci.

That the attack was carried out by the Italian fascists, and not the Allies, is also suggested by a conversation between a priest of Rome, Fr. Giuseppe, and the Jesuit Pietro Tacchi Venturi, who was continuously in touch with Cardinal Luigi Maglione, Vatican Secretary of State.The conversation is reported in the book “Skyways lead to Rome” by the historian Antonio Castellani.

According to Castellani, Fr. Tacchi Venturi lamented “the attack of the Americans” to Fr. Giuseppe, but Fr. Giuseppe replied, “they were not Americans, they were Italians.”

Fr. Giuseppe then underscored that “it was a Savoia Marchetti plane, with five bombs aboard to be thrown to the Vatican Radio station, since Farinacci was convinced that Vatican Radio transmitted military information to the Allied Forces.” 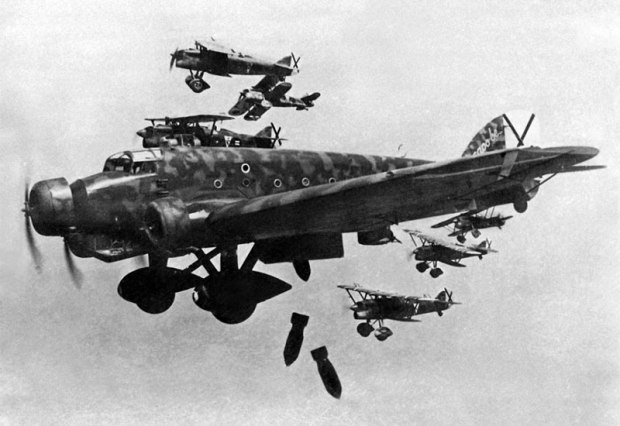