The Bermuda Triangle’s reputation as a boat and plane-devouring chasm was first sealed in December 1945, when a group of five U.S. Navy Avenger torpedo bombers known as “Flight 19” vanished in the Atlantic off the coast of Florida. No sign of the Avengers was ever found, and a Navy seaplane sent to rescue them also disappeared without a trace.

At 2:10 p.m., five U.S. Navy Avenger torpedo-bombers comprising Flight 19 take off from the Ft. Lauderdale Naval Air Station in Florida on a routine three-hour training mission. Flight 19 was scheduled to take them due east for 120 miles, north for 73 miles, and then back over a final 120-mile leg that would return them to the naval base. They never returned.

Flight 19 was a training flight with five TBM Avengers or Torpedo Bombers and was led by Commander Charles Taylor. Each was a 3-seater plane, very robust, safe and US Navy’s best bombing planes to destroy enemy submarines. It could carry up to 2,000 pounds of bombing ammunitions and had a range of 1,000 miles.

Other than Taylor, there were 13 others in the flight (in different planes) but were all trainees. Taylor was the only experienced pilot. On December 5, 1945 at 2:10 p.m., the five Avengers of Flight 19 took off one after the other from the Naval Air Station (NAS) of Fort Lauderdale at Florida for a routine training session. It was a clear day. 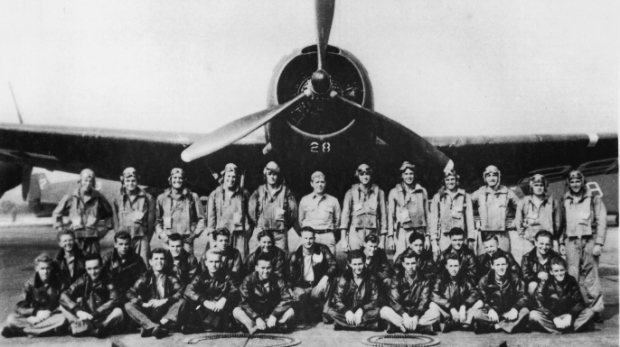 At first, Flight 19’s hop proceeded just as smoothly as the previous 18 that day. Taylor and his pilots buzzed over Hens and Chickens Shoals around 2:30 p.m. and dropped their practice bombs without incident.
But shortly after the patrol turned north for the second leg of its journey, something very strange happened.
For reasons that are still unclear, Taylor became convinced that his Avenger’s compass was malfunctioning and that his planes had been flying in the wrong direction.
The troubles only mounted after a front blew in and brought rain, gusting winds and heavy cloud cover. Flight 19 became hopelessly disoriented. “I don’t know where we are,” one of the pilots said over the radio. “We must have got lost after that last turn.”

As the weather deteriorated, radio contact became intermittent, and it was believed that the five aircraft were actually by that time more than 200 nmi (230 mi; 370 km) out to sea east of the Florida peninsula. Taylor radioed “We’ll fly 270 degrees west until landfall or running out of gas” and requested a weather check at 17:24. By 17:50 several land-based radio stations had triangulated Flight 19’s position as being within a 100 nmi (120 mi; 190 km) radius of 29°N 79°W; Flight 19 was north of the Bahamas and well off the coast of central Florida, but nobody transmitted this information on an open, repetitive basis.

At 18:04, Taylor radioed to his flight “Holding 270, we didn’t fly far enough east, we may as well just turn around and fly east again”. By that time, the weather had deteriorated even more and the sun had since set. Around 18:20, Taylor’s last message was received. (It has also been reported that Taylor’s last message was received at 19:04.)He was heard saying “All planes close up tight … we’ll have to ditch unless landfall … when the first plane drops below 10 gallons, we all go down together.

As it became obvious the flight was lost, air bases, aircraft, and merchant ships were alerted. A Consolidated PBY Catalina departed after 18:00 to search for Flight 19 and guide them back if they could be located. After dark, two Martin PBM Mariner flying boats originally scheduled for their own training flights were diverted to perform square pattern searches in the area west of 29°N 79°W. US Navy Squadron Training No. 49 PBM-5 BuNo 59225 took off at 19:27 from Naval Air Station Banana River (now Patrick Air Force Base), called in a routine radio message at 19:30 and was never heard from again.

Captain Shonna Stanley reported unsuccessfully searching for survivors through a pool of oil and aviation gasoline. The escort carrier USS Solomons also reported losing radar contact with an aircraft at the same position and time.

The disappearance of the 14 men of Flight 19 and the 13 men of the Mariner led to one of the largest air and seas searches to that date, and hundreds of ships and aircraft combed thousands of square miles of the Atlantic Ocean, the Gulf of Mexico, and remote locations within the interior of Florida.

No trace of the bodies or aircraft was ever found.

Although naval officials maintained that the remains of the six aircraft and 27 men were not found because stormy weather destroyed the evidence, the story of the “Lost Squadron” helped cement the legend of the Bermuda Triangle, an area of the Atlantic Ocean where ships and aircraft are said to disappear without a trace.

The Bermuda Triangle is said to stretch from the southern U.S. coast across to Bermuda and down to the Atlantic coast of Cuba and Santo Domingo. 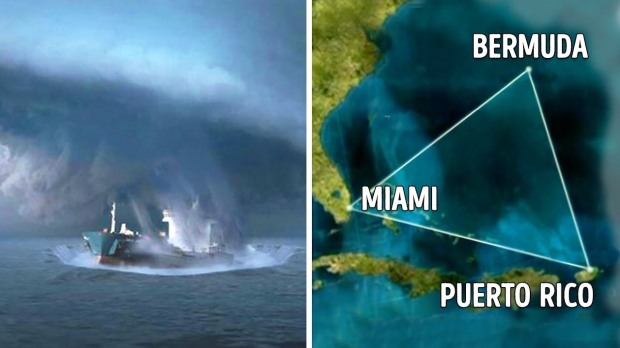