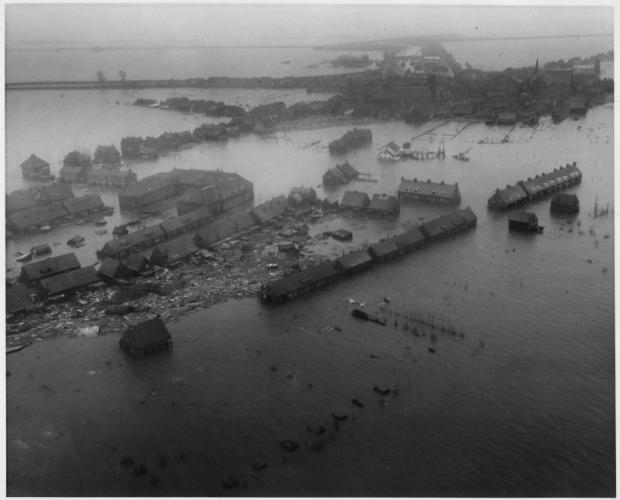 On this day in 1953, flooding in the North Sea killed more than 1,500 people in the Netherlands and destroyed one  million acres of farmland. The storm also caused death and destruction in Great Britain and Belgium. 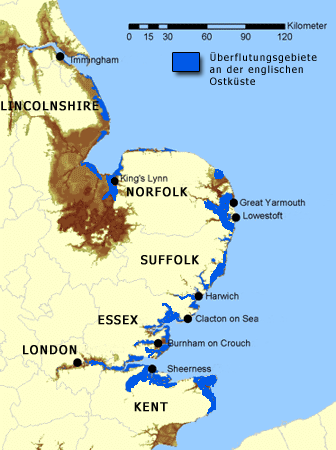 A combination of a high spring tide and a severe European windstorm over the North Sea caused a storm tide; the combination of wind, high tide, and low pressure led to a water level of more than 5.6 metres (18.4 ft) above mean sea level in some locations.

The flood and waves overwhelmed sea defences and caused extensive flooding. The Netherlands, a country with 20% of its territory below mean sea level and 50% less than 1 metre (3.3 ft) above sea level and which relies heavily on sea defences, was worst affected, recording 1,836 deaths and widespread property damage. Most of the casualties occurred in the southern province of Zeeland. In England, 307 people were killed in the counties of Lincolnshire, Norfolk, Suffolk and Essex. Nineteen were killed in Scotland. Twenty-eight people were killed in West Flanders, Belgium. 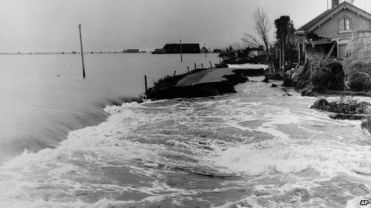 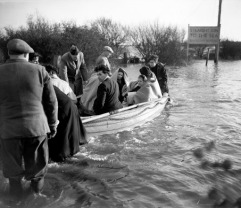 Wrapped in blankets, children and adults are ferried by boat through the flood waters at Jaywick, near Clacton, essex, after the disastrous storms that hit the south east.

In addition, more than 230 deaths occurred on water craft along Northern European coasts as well as on ships in deeper waters of the North Sea. The ferry MV Princess Victoria was lost at sea in the North Channel east of Belfast with 133 fatalities, and many fishing trawlers sank. 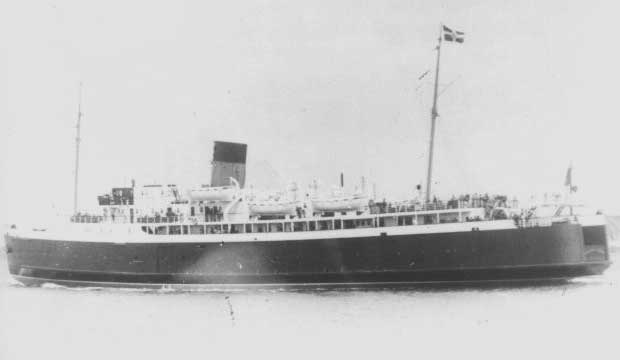 On the night of 31 January – 1 February 1953, many dykes in the provinces of Zeeland, South Holland and North Brabant proved unable to resist the combination of spring tide and a northwesterly storm. On both the islands and the mainland, large areas of country were flooded. Many people still commemorate the dead on 1 February.

At the time of the flood, none of the local radio stations broadcast at night, and many of the smaller weather stations operated only during the day. As a result, the warnings of the KNMI (Royal Netherlands Meteorological Institute) did not penetrate the flood-threatened area in time. People were unable to prepare for the impending flood. As the disaster struck on a Saturday night, many government and emergency offices in the affected area were not staffed. 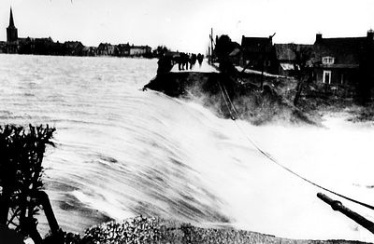 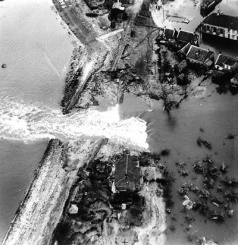 As telephone and telegraph networks were disrupted by flood damage, within hours amateur radio operators went into the affected areas with their equipment to form a voluntary emergency radio network. These well-organized radio amateurs worked tirelessly, providing radio communications for ten days and nights, and were the only people able to maintain contact from affected areas with the outside world. 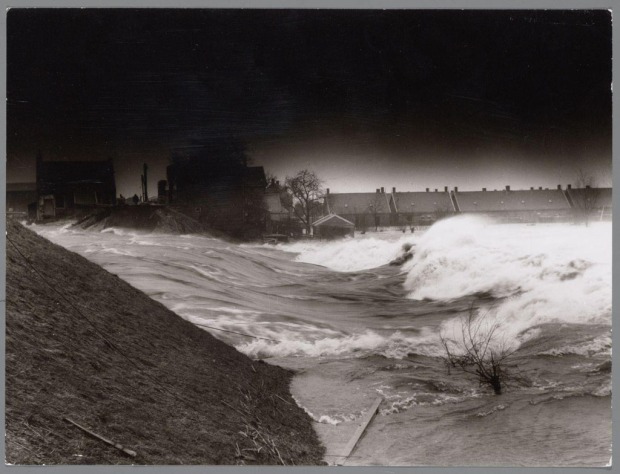 Large parts of South Holland, Zeeland and North Brabant were inundated. In North Holland only one polder was flooded. The most extensive flooding occurred on the islands of Schouwen-Duiveland, Tholen, Sint Philipsland, Goeree-Overflakkee, the Hoeksche Waard, Voorne-Putten and Alblasserwaard. Parts of the islands of Zuid-Beveland, Noord-Beveland, IJsselmonde, Pernis, Rozenburg, Walcheren and Land van Altena were flooded, as well as parts of the areas around Willemstad, Nieuw-Vossemeer and parts of Zeeuws-Vlaanderen. 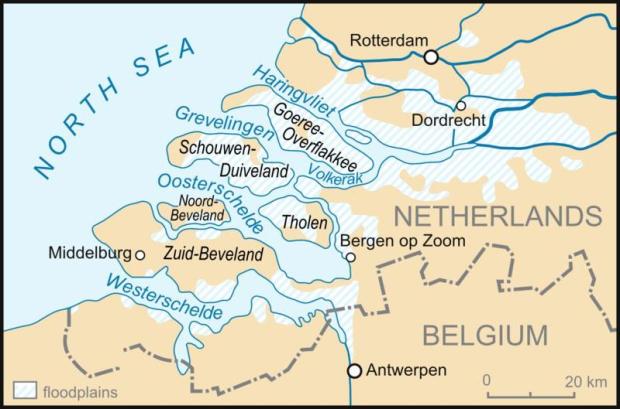 The highest death tolls were recorded on the islands of Schouwen-Duiveland and Goeree-Overflakkee.

Afterward, the government formed the Delta Commission to study the causes and effects of the floods. They estimated that flooding killed 1,835 people and forced the emergency evacuation of 70,000 more. Floods covered 9% of Dutch farmland, and sea water flooded 1,365 km² of land. An estimated 30,000 animals drowned, and 47,300 buildings were damaged, of which 10,000 were destroyed. Total damage was estimated at 1 billion Dutch guilders.

The Schielands Hoge Zeedijk (Schielands High Seadyke) along the river Hollandse IJssel was all that protected three million people in the provinces of South and North Holland from flooding. A section of this dyke, known as the Groenendijk, was not reinforced with stone revetments. The water level was just below the crest and the seaward slope was weak.

Volunteers worked to reinforce this stretch. But, the Groenendijk began to collapse under the pressure around 5:30 am on 1 February. Seawater flooded into the deep polder. In desperation, the mayor of Nieuwerkerk commandeered the river ship de Twee Gebroeders (The Two Brothers) and ordered the owner to plug the hole in the dyke by navigating the ship into it. Fearing that the ship might break through into the polder, Captain Arie Evegroen took a row boat with him. The mayor’s plan was successful, as the ship was lodged firmly into the dyke, reinforcing it against failure and saving many lives.

Several neighbouring countries sent soldiers to assist in searching for bodies and rescuing people. The U.S. Army sent helicopters from Germany to rescue people from rooftops. Queen Juliana and Princess Beatrix visited the flooded area only a few days after. 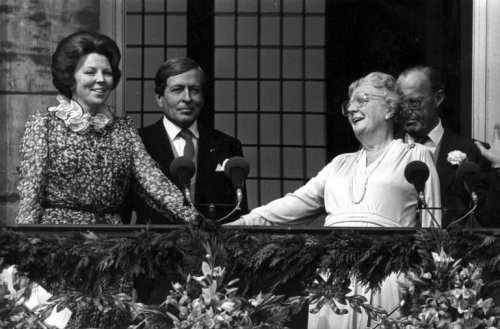 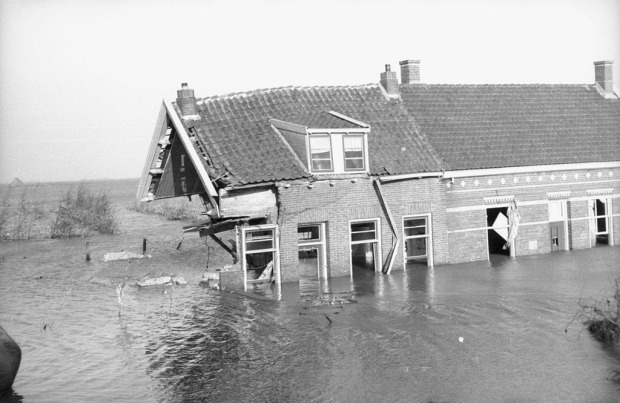 A large aid program came on apace, supported by the radio. A national donation program was started and there was a large amount of international aid. The Red Cross was overwhelmed by contributions and decided to send some of the funds to assist residents of Third World countries.

Politically, the disaster prompted discussions in the Netherlands concerning the protection and strengthening of the dykes. As a result, the Delta Works were authorized, an elaborate project to enable emergency closing of the mouths of most estuaries, to prevent flood surges upriver. 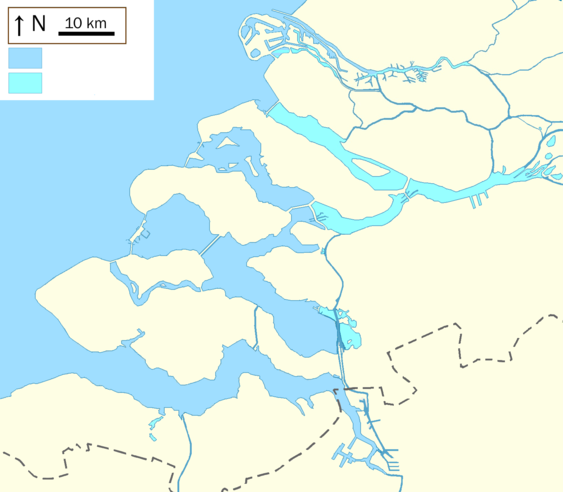 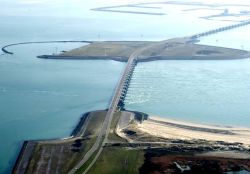 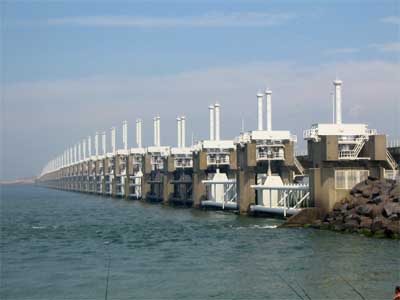