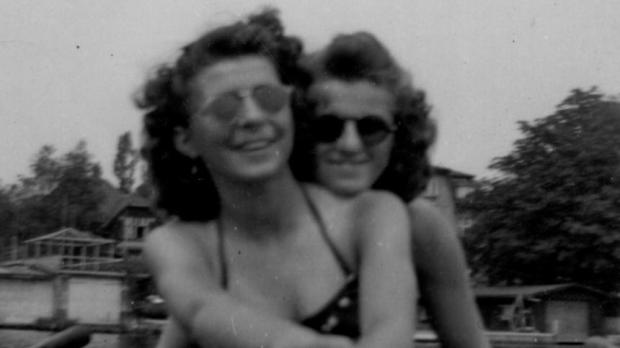 This blog is not meant as an accusation it is merely meant to illustrate the differences of teenage life between German teenagers and the lives of teenagers who were considered sub human by the Nazi regime. the best way to describe it is a parallel universe.

Brigitte Eicke’s teenager account of life in wartime Germany illustrates  a complete different  perspective on the Nazi years.(shown on the right in the picture below) 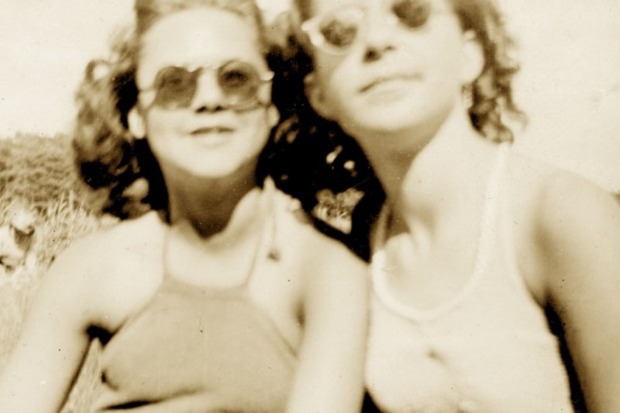 In  many ways Brigitte was just a typical teenage girl, obsessed with her friends, first kisses with boys and trips to the cinema.

However  as a  resident of Berlin  in the pre-WWII and WWII years , Brigitte was a first-hand witness to one of the most turbulent chapters of modern history and crucially, at the age of 15, she began keeping a diary.

Below are some excerpts of her diary.

‘There were some Jewish girls in my first ever class photograph, taken in 1933, but by the time the next was taken, they were all gone. When I asked my mother about them, she said they had moved to Palestine.’

“Went in BDM (Nazi girl guide) uniform to the Admirals palast to see Madame Butterfly. It was wonderful, my first opera”

‘Waltraud and I went to the opera to see “The Four Ruffians.” I had a ticket for Gitti Seifert too. What a load of nonsense, it was ridiculous.

‘We walked back to Wittenbergplatz and got on the underground train at Alexanderplatz. Three soldiers started talking to us. Gitti is so silly, she went all silent when they spoke to her. The least one can do is answer, even though we weren’t going to go anywhere with them.

‘Jews all over town are being taken away, including the tailor across the road.’

“The school had been bombed when we arrived this morning. Waltraud, Melitta and I went back to Gisela’s and danced to gramophone records.”

“Margot and I went to the Admiralspalast cinema to see ‘Meine Herren Söhne.’ It was such a lovely film but there was a power cut in the middle of it. How annoying!” 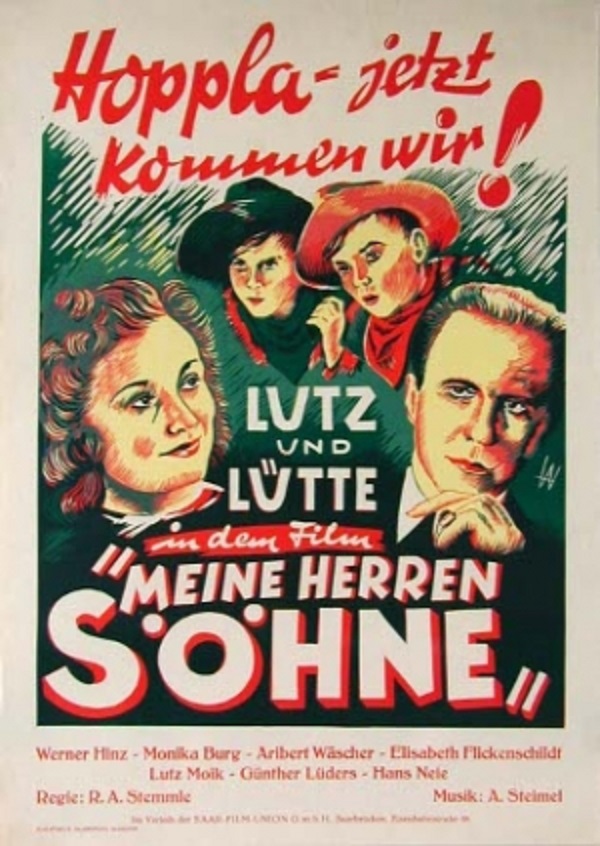 She writes that she has just been given a “disastrous” perm by her hairdresser and is worried about going to work “looking a fright”.

Brigitte Eicke: “Sunned myself on the roof. Failed assassination on the Führer. In the night we heard the speeches of the Führer, Dönitz and Göring. Wonderful.”

Anne Frank: “Great news! There was an assassination attempt on Hitler … Sadly, ‘divine providence’ saved the Führer’s life and he survived with a few grazes and scorch wounds.

Brigitte Eicke: “It rained all day. We had a nap in the afternoon and were in bed already by 10. It’s a shame, such a waste of a lost evening.”

Anne Frank: “Dear Kitty! … I’ve often told you that my soul is divided in two. One side contains my boisterous happiness … (and) squeezes out the other, much nicer, side that is more pure and deep. Nobody knows the nice side of Anne…” [Anne’s final diary entry]

Brigitte Eicke: “At 3am Frau Schöbs came into the cellar and said: the Führer is dead, the war is over. I could only let out a scream… we went on to the street and all the soldiers were withdrawing, it is so sad.”