Now that the World Cup Football is well on its way in Russia, it is a good opportunity at one of the sport’s legends.

Ernest Erbstein, aka Ernest Egri-Erbstein was a Jewish-Hungarian football player and  He was involved in  football as a player and coach in several countries,  but he was most noted for his association with Italian football.

Erbstein moved to Torino in 1938 to  play for the team , but because of World War II and the fact that he was Jewish he returned to Hungary.

He, his wife Jolan and their two daughters all survived the holocaust.

In 1944 he was imprisoned  in a slave labour camp near Budapest along together with another great Jewish footballer Béla Guttmann,who also survived the Holocaust . They found out  that their labour brigade  of Jewish men was about to be deported to a most likely death.

Rather than awaiting the same  fate of their  600,000  fellow Hungarian  Jews, they escaped by jumping from a window.

After the war Erbstein rejoined Torino,  but this time as  a trainer; it would become  one of the most noted spells in Italian football as the Torino side became known as Grande Torino.

Erbstein  along with Englishman Leslie Lievesley were co-managers during the 1948–49 season.  On 4 May 1949 while on the way back from Lisbon, the plane carrying Erbstein and the majority of the Torino team and staff crashed  into the retaining wall at the back of the Basilica of Superga, which stands on a hill on the outskirts of Turin. 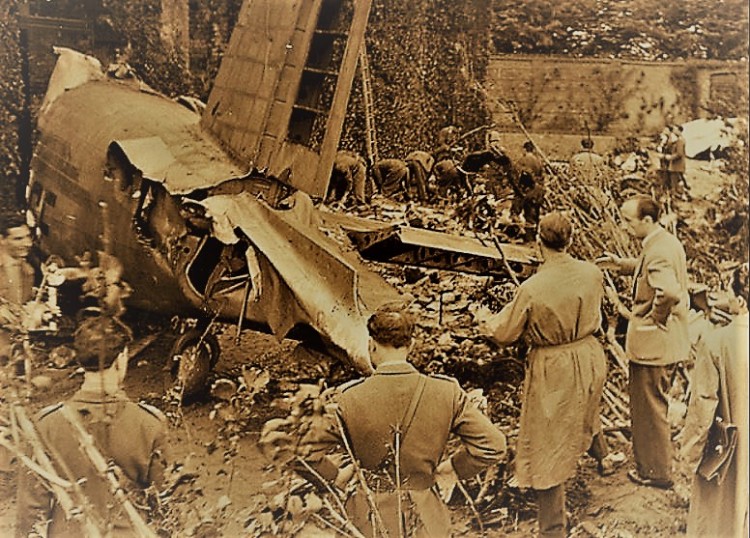 Erbstein’s luggage was undamaged. He had borrowed the suitcase from his daughter and had promised to return it to her when he came back from Lisbon.