The name Hermine Santruschitz will mean very little to most, however the name Miep Gies is a well known name, a name which would forever be linked to a teenage diarist called Anne Frank.

Miep Gies born  Hermine Santruschitz would have celebrated her 110th birthday today, she did not get that old but she still reached the age of 100.

She was born in Vienna on February 15,1909.Her parents Mathias and Genofeva (née Jakuschitz) Santruschitz sent her to Leiden in the Netherlands in 1920. Austria was stil suffering the consequences of World War 1, there were a lot of shortages including food.

The Netherlands had remained neutral during WWI and was reasonably affluent. Hermine was sent to The Nieuwenburg family, consisting of 2 parents and 5 children. The The Nieuwenburg family initially agreed to take Hermine in foster care for 6 months, but due to bad health this was extended to one year. In that time Hermine got very attached to the family and the decision was made for Hermine to remain with the family. They called her by the shortened version of her name Miep.

In 1922 Miep moved with her foster family to Amsterdam.Miep was a bright student and after  graduating high school she got a job as an accountant.

In 1933, Otto Frank had been appointed Managing Director of Opekta, a German company which had expanded into the Netherlands.

In need of a secretary the Dutch branch, headed by Otto Frank hired Miep in 1933.

In 1933 Miep gad also met Jan Gies but due the fact that Jan had to go into the Dutch Social Services, the couple didn’t meet socially again until 1936.

Jan and Miep became close friends yo the Frank family. Shortly after the Nazis occupied the Netherlands, Miep was urged to  to join a Nazi women’s group. But she refused to do so, because of this threatened with deportation back to Vienna. Jan and Miep decided to get married, this would secure Miep’s residence in the Netherlands. They got married  in Amsterdam on 16 July 1941, The Frank family was in attendance at the wedding. 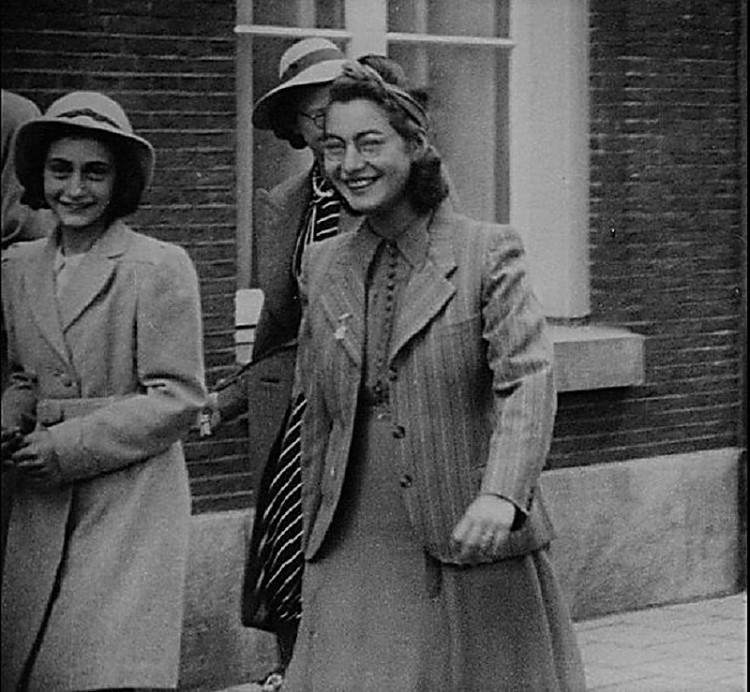 Less than a year later the lives of both the Frank and the Gies family would change forever. All of them faced death , the Frank’s simply because they were Jewish, Miep en Jan Gies for helping the Frank , the Pels family and Fritz Pfeffer , hide.

An unassuming, immigrant foster child who became an icon for heroism.