The one thing I find hardest to come to terms with in relation to the Holocaust is the murder of the Children, in fact it is something I will never be able to comprehend.

I know that some people will say The Nazis did not select children  because they were children, but because they were , or rather their parents,part  of dangerous racial, biological, or political groups as per Nazi ideology. But I really do not give a f*ck about that. Excuse my language but I really get angry when people start to look for a reason behind the murder of innocent lives. There is only one reason, pure evil.

There will be people who will say that those involved in the killing were following orders and were afraid of their won lives, because if they did not carry out those orders they wold be killed themselves. But there is no evidence whatsoever that there were any punitive actions taken to those who refused to kill children or even adults.

Even if that had been the case. If I had been in their place, I would have let them kill me before I would even think of killing a child, in fact I probably would have fought back first and killed those who ordered the killing, for the simple reason that I am human being and every fiber of my humanity tells me murdering a child is wrong and takes away my humanity.

The picture at the top and the picture below are both pictures if children who were put on transport to death camps, for the sole reason to be murdered. What strike me about both pictures, it they were put in a non Holocaust context they could have been pictures of children going on a school trip. There is no chaos, they are walking in an orderly line , completely trusting the adults that accompany them. 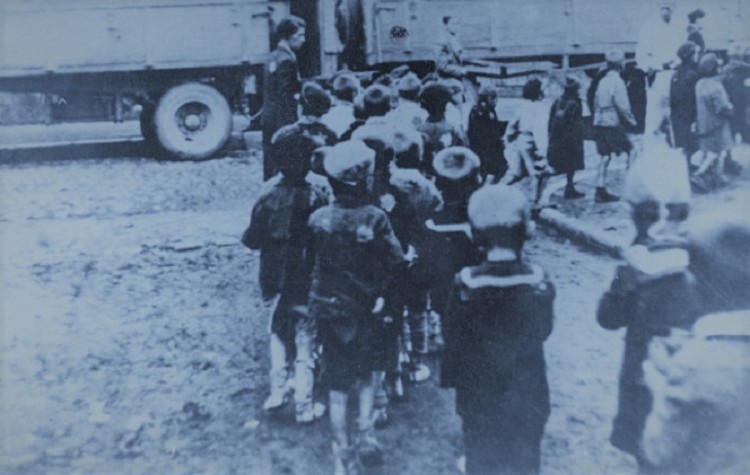 I know tonight I will have nightmares and the pictures will haunt me, but that is a small price to pay.